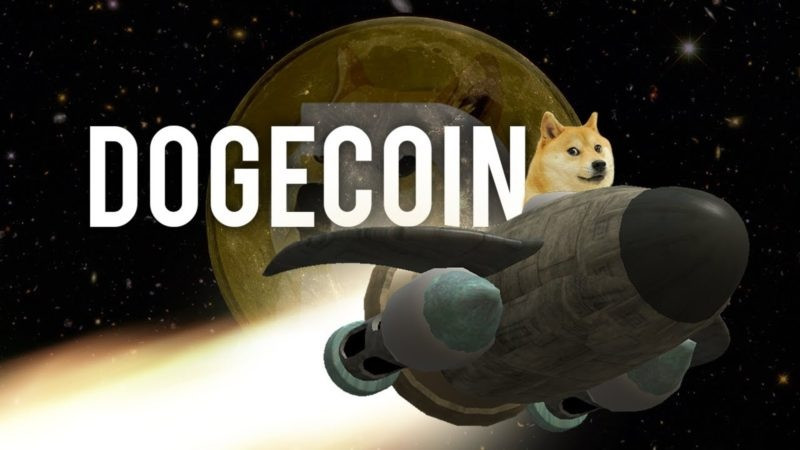 On Wednesday, the market capitalization of Dogecoin began to grow again and is in the region of $ 40 billion, which made it possible to show an increase of more than 13% per day, and the value of the coin reached 30 cents. Yet Jeffrey Halley, senior market analyst at Oanda Asia Pacific PteNet, said: “Dogecoin has no obvious commercial or investment use other than as a conduit for speculative mania and an attempt to earn the dollar. I suspect that much of its appeal is that it is very, very cheap to buy and sell, as opposed to $ 60,000 per bitcoin, making it much more affordable for a retail trader who likes to hesitate. ”

Curtis Ting, managing director for Europe at the Kraken crypto exchange, said: “Investors are buying Dogecoin to participate in a self-deprecating joke about their inability to invest smartly, which continues to rise as the price of an individual Dogecoin continues to rise.” 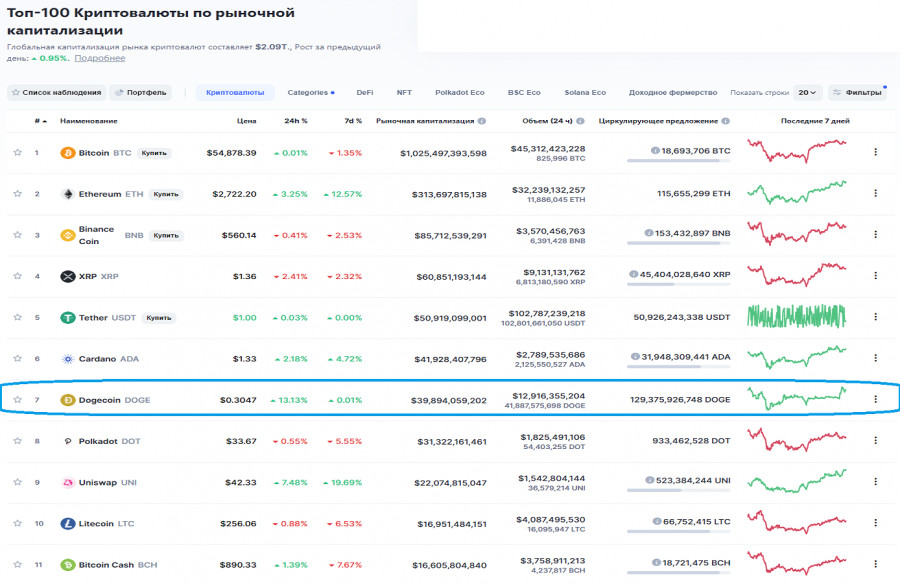 Dogecoin, like Bitcoin, is a digital token that costs exactly what other users are willing to pay or exchange for it, it is not backed by any other assets or business and will never generate income. On the other hand, it lacks the main feature of Bitcoin that delights cryptocurrency proponents: limited supply, as there is no hard cap on the number of coins that can be minted using the computer code that controls Dogecoin. Dogecoin also has some history, it is relatively old for cryptocurrency. Long-standing tokens can benefit from increased awareness and a growing circle of holders willing to discuss it, and interest in cryptocurrency and trading in general has skyrocketed this year as Dogecoin has been waiting for retail investors to find it.

Dogecoin has also attracted celebrity billionaire fans like Elon Musk, co-founder of Tesla Inc., and Mark Cuban, owner of Dallas Mavericks By the way, this is one of Dogecoin’s uses: you can use it to buy Mavericks goods. Musk tweeted an image of him in the style of the Lion King Shiba Inu, as well as a cover mockup for the fictional Dogue magazine. Reddit and Twitter users helped promote the meme with images such as Papa Elon protecting the doge’s or Shiba Inu’s increasingly muscular coin. Yet the Dogecoin rally looks a lot like a pump, as an attempt by some experienced netizens to raise the price by focusing on the cheap asset and encouraging each other to buy. The trick with fanfare is to get out before the meme dies, leaving behind newbies who took things too seriously or sold too slowly.

Dogecoin ownership appears to be concentrated in a relatively small number of anonymous hands, so it may not take long for the price to move. It’s also worth noting that Dogecoin is part of a broader phenomenon where money is invested in increasingly speculative investments.
The strange thing is that Dogecoin can be fun and interesting because some buyers feel that the barriers to entry into cryptocurrency are very low; Dogecoin is available at the click of a button in some popular brokerage applications with zero commission, but you shouldn’t take a very large volume, as risks still remain, because the volatility of this coin is very high.