The US dollar has been losing ground for the second week in a row, that is, throughout April. The euro-dollar pair, in turn, is trying to return to the area of ​​20 figures, taking advantage of the weakness of the greenback. If we look at the weekly chart of eur / usd, we will see that the northern trend of the pair started back in November last year and reached its peak in early January this year, when buyers were able to mark an almost two-year high – 1.2349. However, the dollar then took over.

The immediate reason for the strengthening of the American was the actual adoption (since the approval of the mechanism of “budgetary reconciliation”) long-awaited by many traders “America’s Rescue Plan” in the amount of 1.9 trillion dollars. In addition, there were rumors in the market that the Fed may prematurely curtail the stimulus program and start raising the interest rate almost next year. These rumors were supported by macroeconomic reports that were published in the US in the “green zone”, exceeding the forecasted values. First of all, this concerns the sphere of the American labor market – over the past three months, Nonfarma has surprised traders with strong results, which reflect the overall recovery of the US economy. The Federal Reserve also added fuel to the fire of “hawkish expectations”, which revised its economic forecasts for GDP growth in 2021 towards improvement: from 4.22% to 6.5%. Moreover, according to a number of experts (in particular, analysts from the Goldman Sachs bank), this figure will grow not by 6.5 percent, but by 8%. 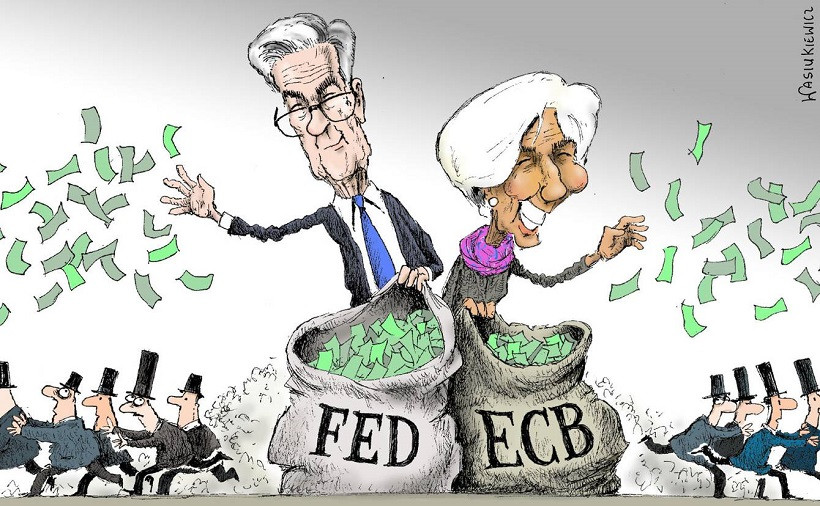 In other words, over the course of several months (from mid-January to the end of March), the dollar has consistently and persistently strengthened its positions, despite the “dovish” comments of the FRS representatives, who with enviable regularity denied rumors that the regulator could start tightening the monetary parameters ahead of schedule. politicians. Greenback stubbornly followed the Treasury yield, which also hit a two-year high this year.

However, in April we are witnessing a mirror-like situation – despite strong macroeconomic reports, the dollar is declining “on all fronts,” however, as is the yield on US government bonds. In other words, if at the beginning of the year the market ignored the comments of the FRS members, betting on “hawkish expectations”, now the market ignores the key indicators of the economy, which are still showing growth. Unemployment in the United States has returned to the 5 percent area (that is, it has almost reached pre-crisis levels), inflation is showing gradual but steady growth (the core CPI index reached 1.6%), retail sales have renewed an almost annual high. However, all these releases were ignored by the greenback: the US dollar index since March 31 has decreased from 93.32 points to the current value of 91.53. The American currency was losing its positions almost without recoil.

In my opinion, this situation is due to several fundamental factors. Firstly, the members of the Federal Reserve still convinced traders that the regulator would not tighten monetary policy, thereby reacting to the abrupt growth of key indicators, primarily in the sphere of inflation. Jerome Powell has repeatedly stated that inflationary growth may be temporary, so the Fed will ignore even exceeding the target of two percent. Yesterday Fed spokesman Christopher Waller reiterated this thesis, “reassuring” traders that the regulator will not allow inflation to approach 3%. At the same time, Waller noted that the markets are “running too far ahead” in their expectations regarding the collapse of QE and rate hikes. Following these comments, the dollar again came under background pressure, reclaiming all intraday gains.

Also read  Some for the euro, others are betting on the strengthening of the US dollar

In one form or another, but the above thought is regularly voiced by members of the American regulator. Having convinced the markets that the Fed will not back down from its plans, Jerome Powell repeats this at every opportunity. At the same time, he agrees that the US economy is recovering at a more active pace compared to the December forecasts of the Federal Reserve.

Given this disposition, one would assume that the eur / usd pair will continue to show growth, at least until the White House agrees with Congress the conditions for approving the 2.6 trillion infrastructure plan. If not for one “but”: the buyers of the pair came close to the resistance level of 1.2000. This target is symbolic and psychologically important, which, in addition, coincides with the upper line of the Bollinger Bands indicator on the daily chart and the lower border of the Kumo cloud on the same timeframe. It will not be easy for buyers of eur / usd to overcome this resistance level: as soon as the pair approaches this price area, traders fix profits, simultaneously opening short positions. By the way, the mirror situation was also observed when the 1.2000 mark played the role of support: the bears eur / usd, within the framework of a downward movement, did not overcome this price citadel from the first attempt: the first attempts were made back in January, while the 19th figure was finally the bears conquered only at the beginning of March, in the wake of a strong southern impulse. 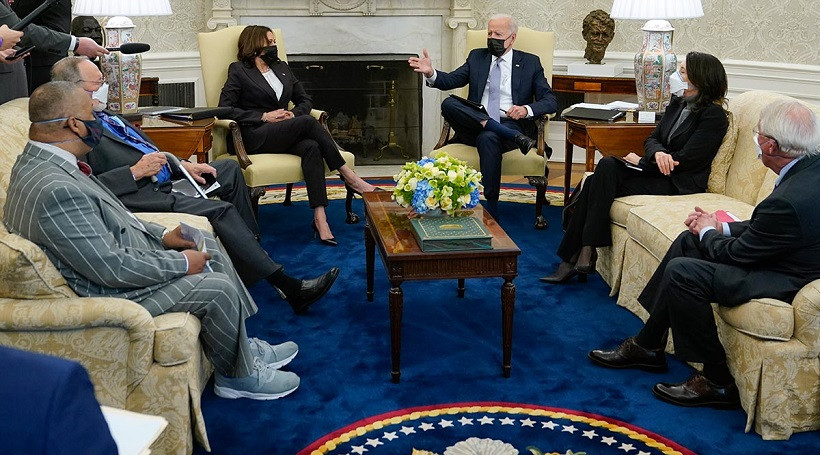 A similar impulse is now needed for buyers of the pair to go above 1.2000. In my opinion, next week traders will still try to storm the 20th figure, but I doubt that the eur / usd bulls will consolidate in this price area. Firstly, next week at the White House will be held regular talks with representatives of the Republican Party regarding the fate of the already mentioned infrastructure plan. According to some American media, the Republicans will voice a counter-offer, which is clearly unacceptable for Biden (by reducing the “price tag” of the bill by three times), and the negotiations will be completed there. After that, the White House will focus on negotiations with the Democrats, offering as a compromise the option of raising the corporate tax rate not to 28%, but to 24-25%. Any positive shifts in this matter will provide significant support to the dollar.

Plus, the April meeting of the European Central Bank will take place next week. On the eve of this event, the euro is unlikely to be in high demand, given the weak dynamics of European inflation and the difficult epidemiological situation in Europe.

Thus, in my opinion, with the next northern bursts of eur / usd, one can consider short positions with the first target at 1.1900 – this is the Tenkan-sen line on the daily chart.