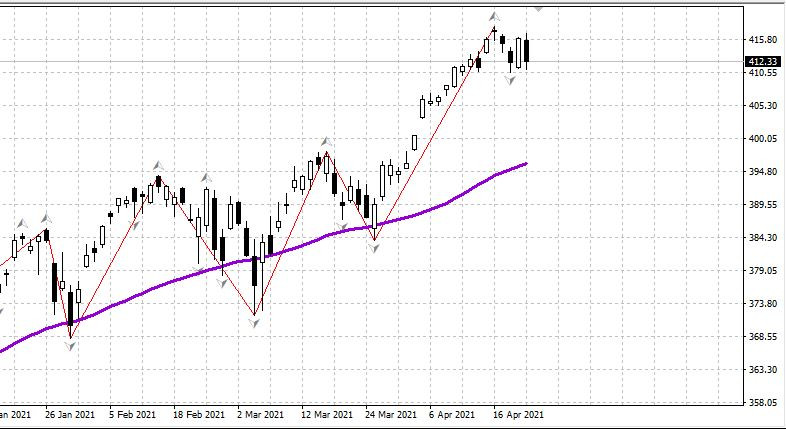 Corrective sentiment won out on the US market yesterday – all major indices – Dow, S & P500, NasdaQ – fell -0.9%, despite a strong weekly employment report. The reason is that the market needs a correction, even if growth follows later.

Covid in the world: The third wave does not recede, in the world +880 K new cases, this is above the high of the Second wave in January. The terrible situation in India: +330 K new cases. The leaders in mortality per day are Brazil and India – 2 K deaths per day. In Europe, France +34 K, Germany +29 K new cases for yesterday, Poland and Ukraine by +13 +16 K cases.

The market waited yesterday for the ECB’s decision – the ECB fully retained all measures to support the economy – the zero rate of the Central Bank and the program to inject liquidity into the markets through the repurchase of bonds. The market practically did not react.

The ruble reacted violently to geopolitics yesterday: After the statement of the Russian Defense Ministry to Shoigu about the withdrawal of troops from the borders with Ukraine, the ruble strengthened by about 1.2 rubles against the dollar and the euro.

EURRUB90.85 Forecast 90.00 – 91.50 Euro has grown against the dollar since the beginning of April, amid a general decline in the dollar, but the euro ran into strong resistance at 1.2080. The euro / ruble rate is also awaiting a decision by the Central Bank of Russia today

Conclusion: Today is likely to be a day of calm trading – no big news, important events did not lead to big moves yesterday. The Russian market and the ruble will appreciate the decision of the Central Bank of Russia. The world market will closely watch the close of the week in the US market.