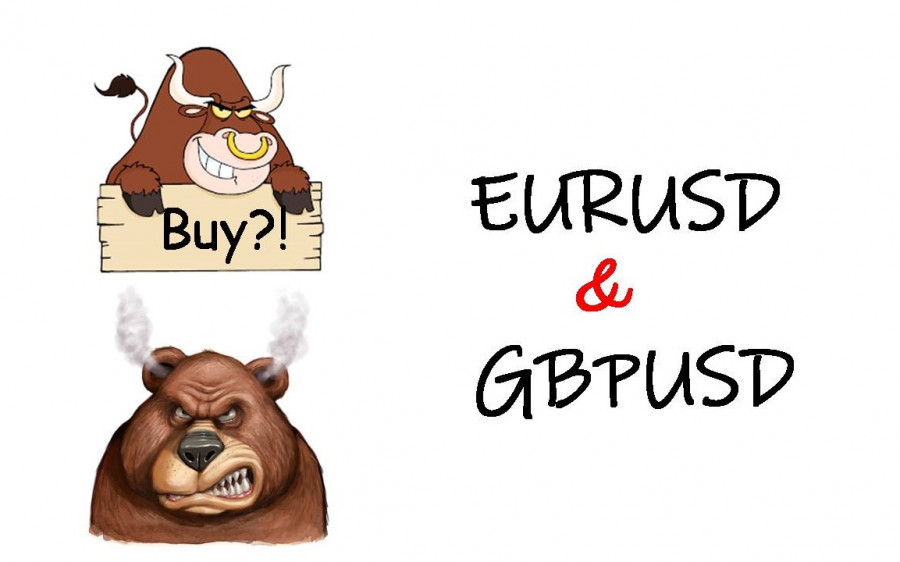 The economic calendar during the last trading day was practically empty, with the exception of unimportant statistics, while the market was very active.

Details of the economic calendar for April 19

In Europe, data on the volume of artisanal mining were published, where the decline accelerated from -2.6% to -5.8% year-on-year.

The indicator is negative, but the data is of low interest among traders.

In Britain and the United States, no statistics were published at all, so we are inclined to believe that there was speculative interest in the market, which led to a widespread sell-off of the US dollar.

If we consider a separate trading chart of the dollar index, then we will see the interest of traders to reduce the value of a green piece of paper in the Forex market. 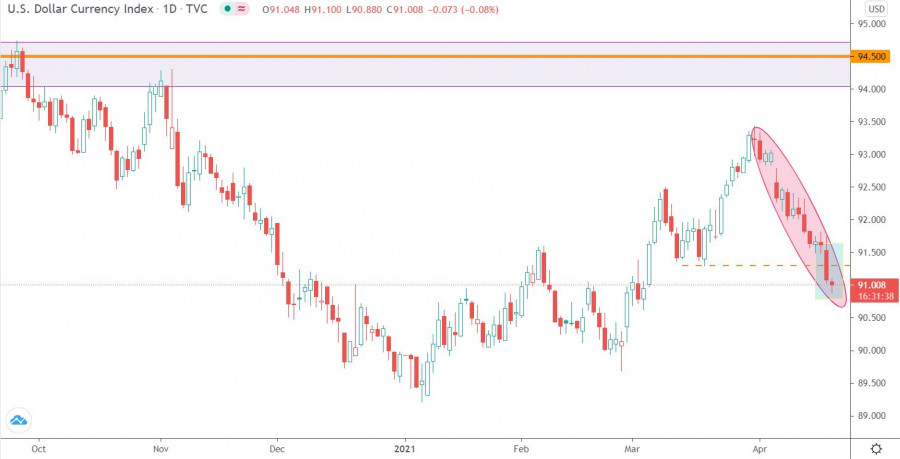 With regard to traditional currency pairs, here you can observe intense price changes.

The EURUSD currency pair, after more than 72 hours of fluctuations in the 1.1950 / 1.2000 range, still managed to show outgoing activity, as a result of which speculators at the time of the breakdown of the upper border immediately headed towards the next coordinate 1.2050.

The trading recommendation from April 19 considered a scenario of high activity at the moment of breakdown of one or another border of 1.1950 / 1.2000, where coordinates 1.2050 were indicated as a profit fixation point. 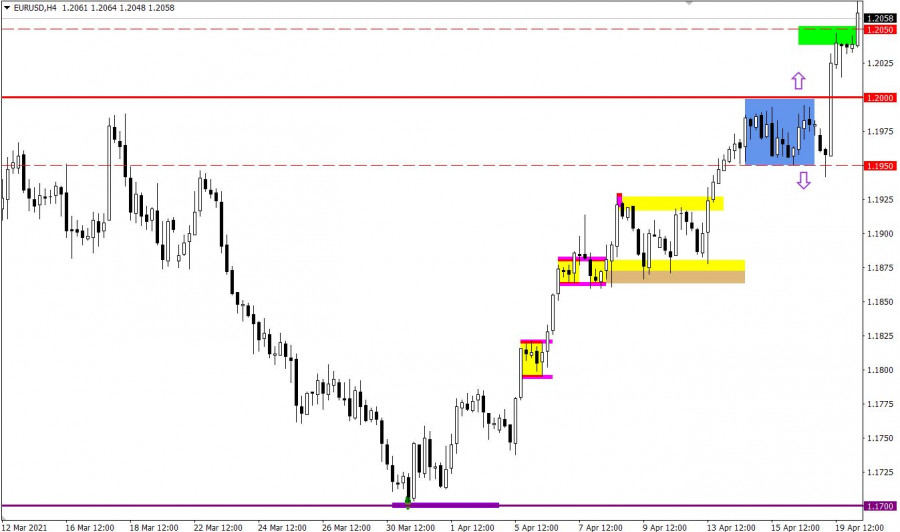 In turn, the British currency (GBPUSD) during the last trading day showed even greater activity than its European counterpart, where buyers did not just manage to break through the local maximum on April 6 – 1.3917, they submitted to the psychological level of 1.4000. 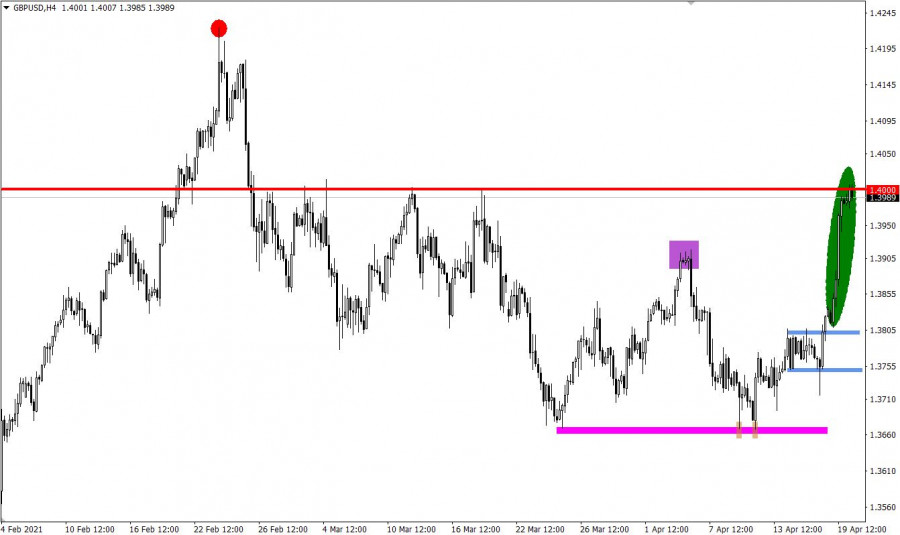 Today, in terms of the economic calendar, data on the UK labor market have already been published, which turned out to be better than the forecast, but the pound sterling did not react to the statistics in any way, possibly due to the fact that it has already grown quite strongly in price over the past day.

The unemployment rate should have increased from 5.0% to 5.1%, and instead dropped to 4.9%, which is considered a positive signal. At the same time, employment in the country is reduced by 73 thousand, but it is worth noting that they expected a reduction of 150 thousand.

Analyzing the current EUR / USD trading chart, one can see that market participants have already crossed the upper limit of the psychological range of 1.1950 / 1.2000 / 1.2050, and this may well open the way towards the restoration of the original medium-term trend. 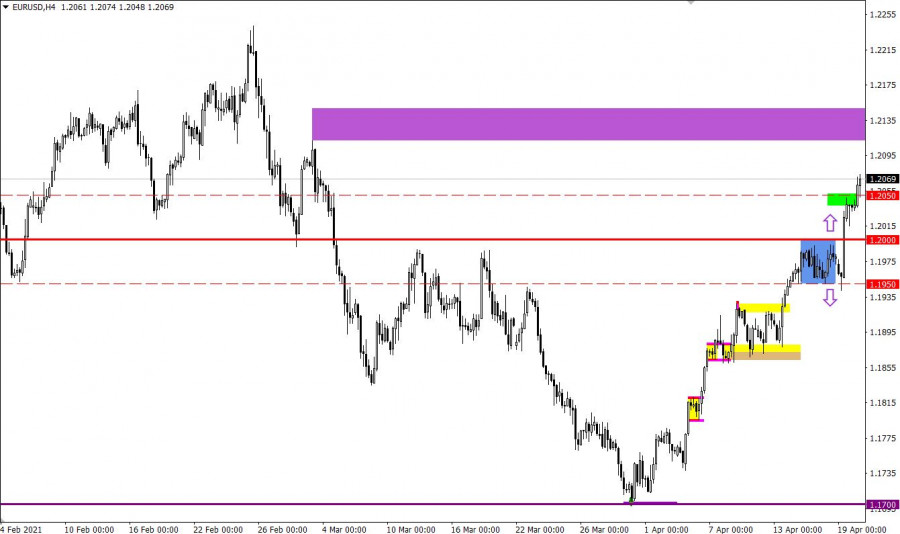 Analyzing the current Pound / Dollar trading chart, you can see that the price touching the psychological level of 1,400 led to a reduction in the volume of long positions and, as a result, to a slowdown in the upward movement.

The subsequent upward move should be considered after the price has held higher than 1.4050, since a temporary amplitude of 1.3950 / 1.4000 / 1.4050 may occur, which will eventually lead to a change in trading forces. 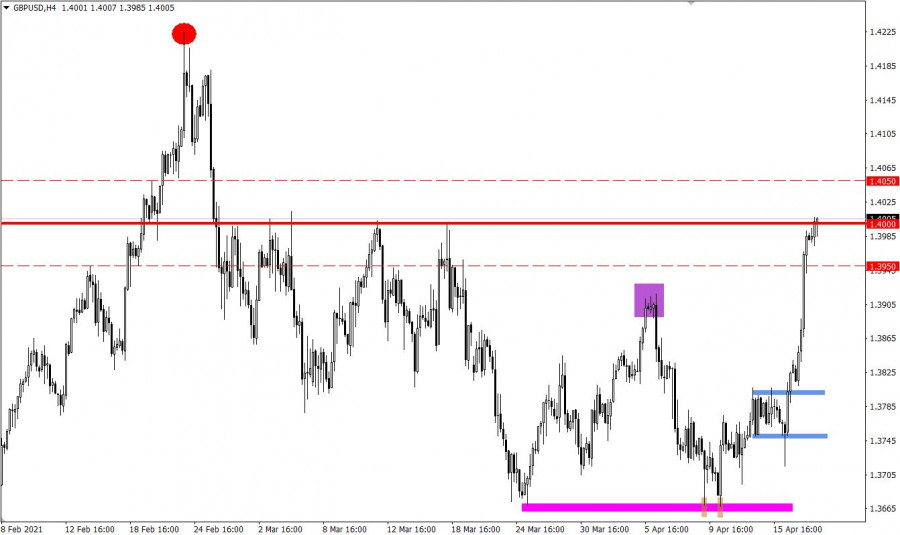 Trading recommendations for the foreign exchange market for novice traders – EURUSD and GBPUSD 19.04.21