Economic calendar details for May 11

During the last trading day, the economic calendar was half empty again, the only thing that could be paid attention to was the publication of data on the number of open vacancies in the United States labor market JOLTS for March. Vacancies came out better than expected, traders saw their growth: Prev. 7,526 thousand -> Prog. 7.500k —> 8.123k

There was no market reaction even taking into account the divergence of expectations, as if traders were in a waiting mode, just focusing on the publication of statistical indicators in the period of May 12.

Analysis of trading charts from May 11

During the last trading day, the Euro / Dollar currency pair continued to move in the previously established range of 1.2115 / 1.2180, while not showing high activity. It was possible to open trade deals within the price corridor, but I suppose that not all traders were interested in this idea because of the low profitability. Most of the market participants were focused on the out-of-range momentum, which never happened in the market.

In turn, the British currency during the period of May 11 did not manage to overcome the stagnation stage, which led to an even more aggravated accumulation process in the 1.4100 / 1.4165 boundaries.

It was pointless to open trade deals within the accumulation process, since the scale of the amplitude is low, and the main impulse will come at the moment of breakdown of one or another stagnation boundary. 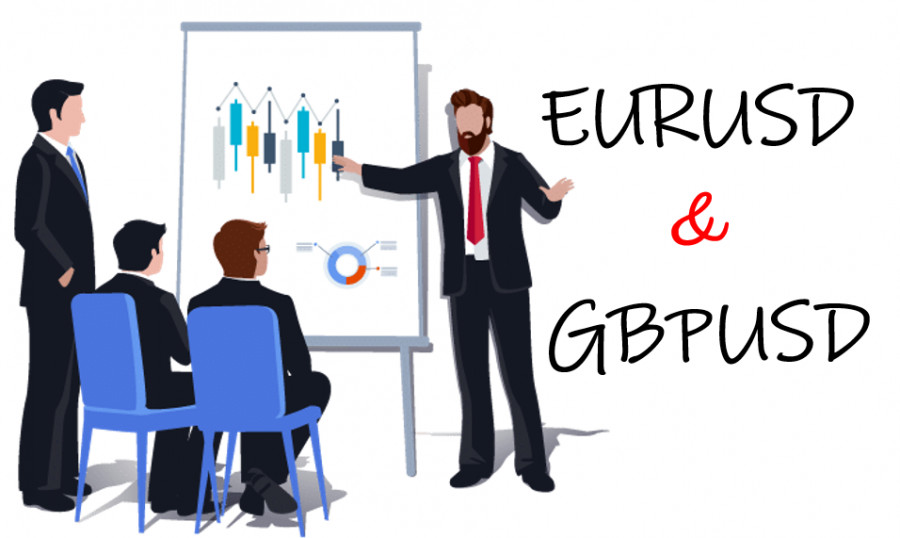 Trade recommendation – EURO / DOLLAR and Pounds / DOLLAR on May 12

Today in terms of the economic calendar, preliminary data on the UK GDP for the first quarter has already been published, where the economy continues to signal a slowdown, confirming the previous estimate of -6.1% (y / y). In turn, industrial production in the UK shows an increase in the period of March by 1.8%.

The reaction of the British currency to the flow of statistical data on Britain reflects the growth, due to the fact that the indicators did not deteriorate.

On the agenda we expect the publication of data on industrial production in Europe, where I predict a stunning growth of + 11.7% in the period of March. The data can locally support the European currency.

During the American trading session, data on inflation in the United States are to be published, where the growth of consumer prices is predicted to accelerate from 2.6% to 3.6%.

The rise in inflation is a positive signal for the national currency, but at the moment investors are concerned about such a rapid rise in inflation, and here it is quite difficult to predict how speculators will react to it.

Analyzing the current trading chart of the Euro / Dollar, one can see that during the Asian session, downward interest prevailed, which brought the quote to the area of ​​the lower border of the sideways range 1.2115 / 1.2180. It can be assumed that the boundaries of the given amplitude are still relevant, but the main spike in activity will occur after the price is kept outside the control coordinates 1.2100 / 1.2180.

Also read  Economic recovery after the pandemic is almost priced in

In simple terms, traders will continue to target outgoing momentum outside of the sideways range. 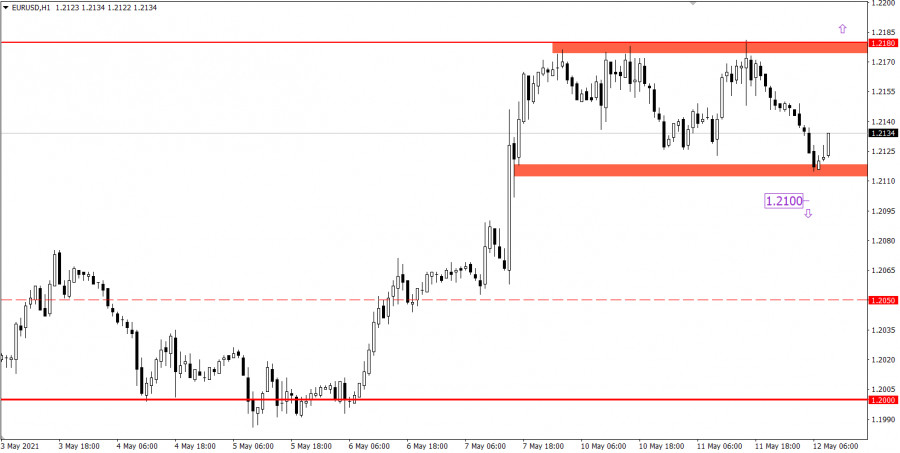 Analyzing the current Pound / Dollar trading chart, one can see that the stagnation at 1.4105 / 1.4165 has a time frame of more than 24 hours, which leads to abundant attention from speculators. Trading tactics, as before, are focused on the outgoing impulse, working on the principle of a breakdown of one or another stagnation boundary. 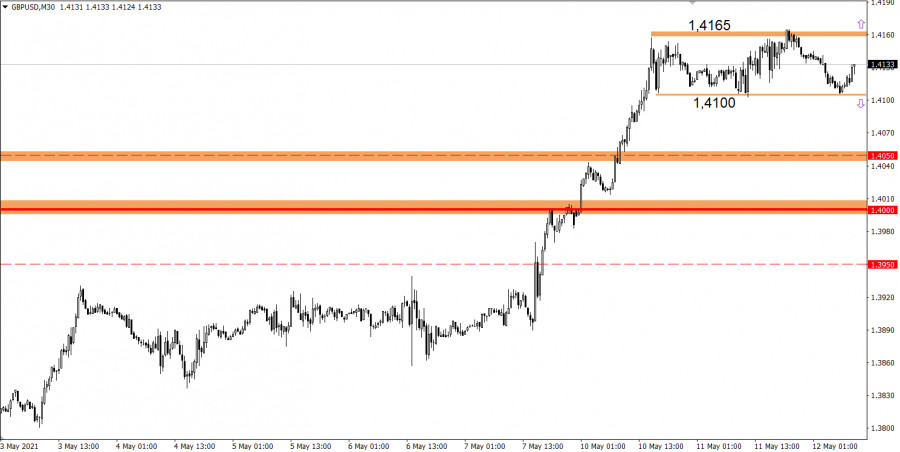 Trading recommendations for the foreign exchange market for novice traders – EURUSD and GBPUSD 11.05.21