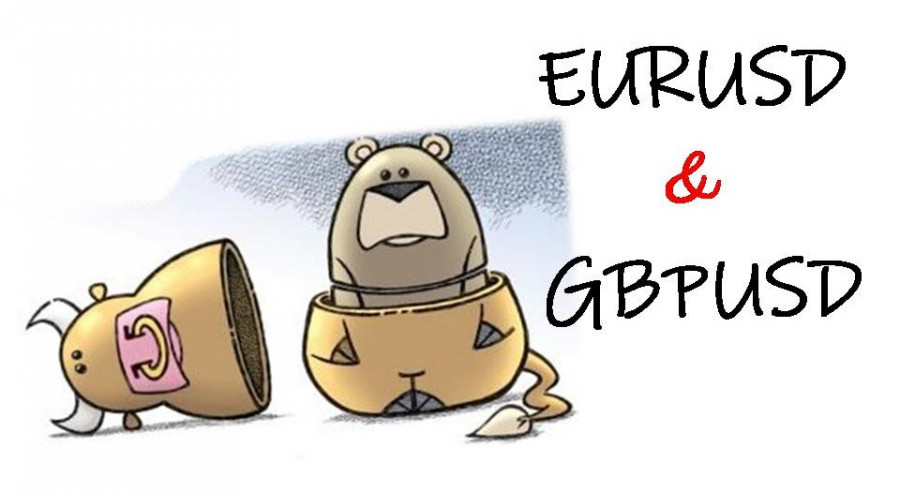 The economic calendar during the last trading day was focused only on the statistics for the UK, which the market did not believe.

Details of the economic calendar for April 20

In the United Kingdom, data on the labor market were published, where, at first glance, everything is just fine, the unemployment rate in the country is decreasing from 5.0% to 4.9%, while growth is expected to 5.1%. With all this positive background, employment in Britain is declining by 73 thousand, and this has already been for 11 months, which suggests: are the unemployment rates reliable?

At the time of the release of the statistical data, the pound sterling had already stopped growing, and after a while moved to weakening.

No significant statistics were published in Europe and the United States.

Analysis of trading charts from April 20

Expectations of an upward move if the price were kept above 1.2050 did not materialize, possibly due to the high overbought level of the euro 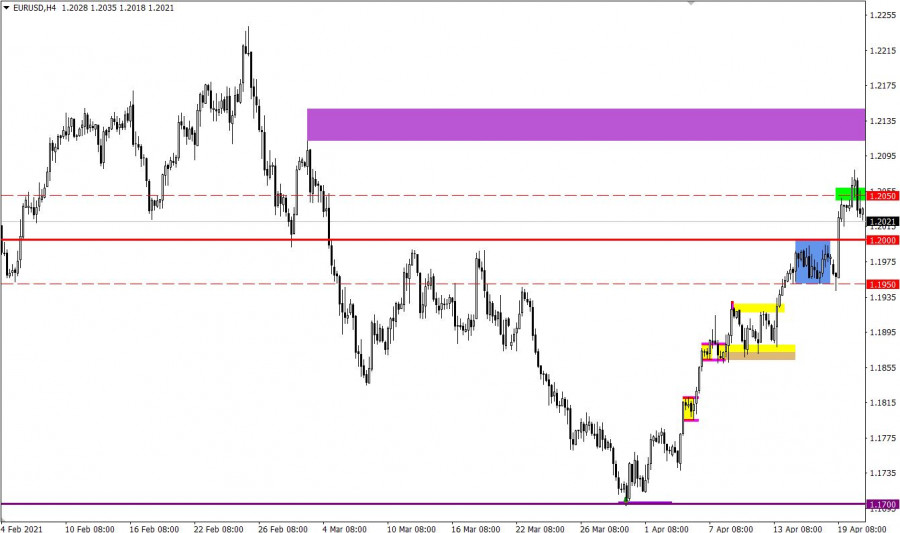 In turn, the British currency during the last trading day came close to the psychological level of 1.4000, where, on a natural basis, there was a slowdown in the upward movement and a price rollback.

It is worth noting that the 1.4000 district has repeatedly served as a level of interaction of trade forces in history, which led to a change in trade interests in the market.

Trading recommendation from April 20 regarding the fact that the volume of long positions will be reduced at the moment of touching the level of 1.4000 coincided, on which it was possible to make money in the market. 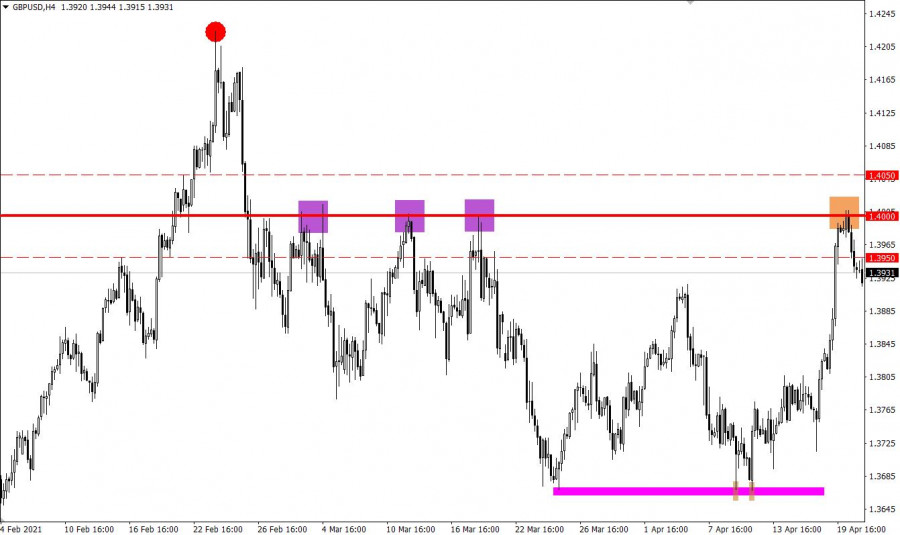 Also read  Forecast and trading signals for EUR / USD for April 26. Detailed analysis of yesterday's recommendations and the movement of the pair during the day.

Today, in terms of the economic calendar, inflation data in Britain has already been published, where its growth was recorded from 0.4% to 0.7% against the forecast of 0.8%.

The consumer price index is the inflation indicator, prepared by its office for national statistics of Britain, and reflects the report on the dynamics of retail prices for a group of goods and services that make up the consumer basket.

From the point of view of fundamental analysis, the acceleration of inflation leads to the growth of the national currency – GBP.

In our case, investors are concerned that inflation is growing very quickly, and, following the example of colleagues from Europe and the West, this may lead to the opposite effect, that is, to the sale of the British currency.

In Europe and the United States again, nothing interesting is being posted today.

Analyzing the current EUR / USD trading chart, you can see that the pullback from the local maximum of 1.2071 is only at the very beginning. In the event of a subsequent increase in the volume of a short position and keeping the price below 1.2000, a movement in the direction of 1.1950 is not excluded. 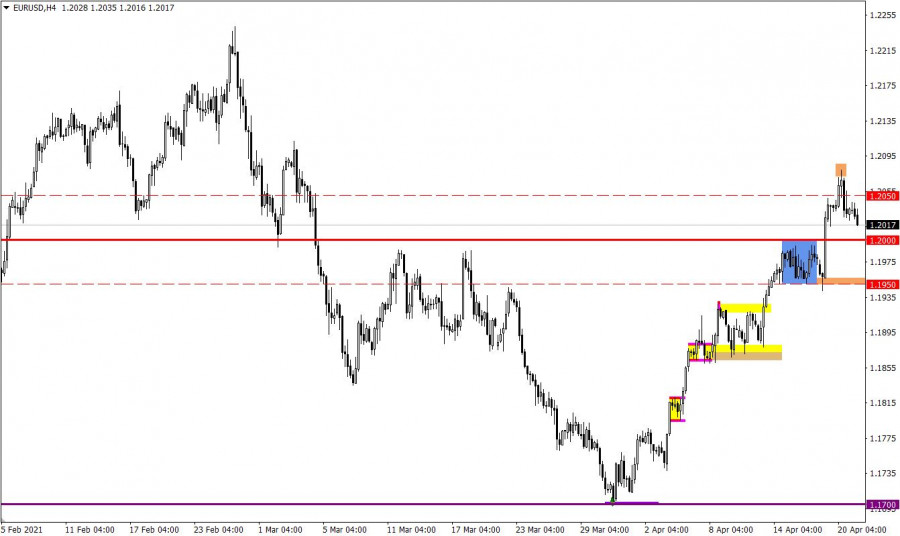 By analyzing the current Pound / Dollar trading chart, one can see that the existing pivot point coincides with the recently passed 1.3917 peak of April 6. A breakdown of this coordinate along a downward trajectory will lead to an increase in the volume of short positions and a weakening of the pound to values ​​of 1.3850-1.3800.

An alternative scenario considers the price rebound from the value of 1.3917, where buy positions will again become relevant above 1.3950. 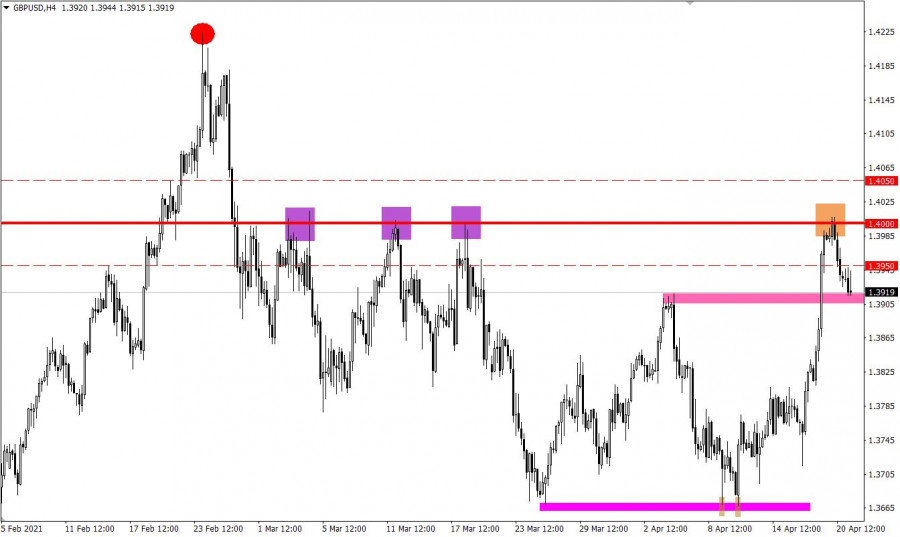 Everything turned out to be much worse than expected, with the exception of speculative operations on EURUSD and GBPUSD

Trading recommendations for the foreign exchange market for novice traders – EURUSD and GBPUSD 20.04.21