Having received support last week from positive data from the Australian labor market, the AUD strengthened significantly, while the AUD / USD pair rose.

As the Australian Bureau of Statistics reported on Thursday, the number of jobs in March rose by 70,700, while unemployment fell to 5.6% from 5.8% in February (the forecast was 35,000 and 5.7%, respectively). Thus, unemployment in Australia fell to the lowest level since March 2020, and the employment rate was 0.5% above the dock level.

The Australian dollar also started this week on a positive note, remaining one of the growth leaders amid growing investor interest in risk. The AUD / USD pair is trading at the beginning of today’s European session near 0.7800, 0.7815 the highest since March 19, maintaining the bullish momentum.

As follows from the minutes of the April meeting of the RBA on monetary policy, published at the beginning of today’s Asian session, the central bank leaders tend to adhere to the parameters of the current policy. “As suggested by preliminary data, GDP for the 1st quarter probably recovered to the area of ​​dock-like levels – faster than previously expected,” I must say, employment returned to pre-crisis levels “much faster than forecast,” the RBA minutes say. … At the same time, the bank’s management “will continue to take appropriate measures to support the Australian economy”, “until the targets for inflation and employment are achieved.” The key rate will remain at the level of 0.1% “as needed”, and “the Central Bank will not raise the rate until the actual inflation is stable in the target range of 2% -3%.”

AUD remains positive, strengthening against the USD and other major currencies.

It seems that market participants are increasingly focusing on improving the outlook for the global economy, rather than on the outstripping growth of the US economy. Nevertheless, it cannot be ruled out that the dollar is in the stage of correction after strengthening since the beginning of the year. As soon as the yield of US government bonds starts to grow steadily again, the dollar will also begin to strengthen again, receiving support from the growing yields of US bonds.

Also read  Why can the Dollar be left without the support of China?

A correction in the American stock market, which has grown significantly recently amid investor optimism and their propensity to buy risky and highly profitable assets, can also provoke a strengthening of the dollar.

Today, the publication of important macro statistics for the US and Australia is not expected. It will appear at the start of the Asian session tomorrow, when the Australian Bureau of Statistics releases retail sales data (at 01:30 GMT). The retail sales index is considered an indicator of consumer confidence and reflects the state of the retail sector in the near term. A rise in the index is usually positive for the AUD; a decrease in the indicator will negatively affect the AUD. If the data turns out to be weaker than the previous value, then the AUD may sharply decline in the short term; above the previous values, then the AUD is likely to strengthen. Forecast: + 1.0% in March (against -0.8% in February). 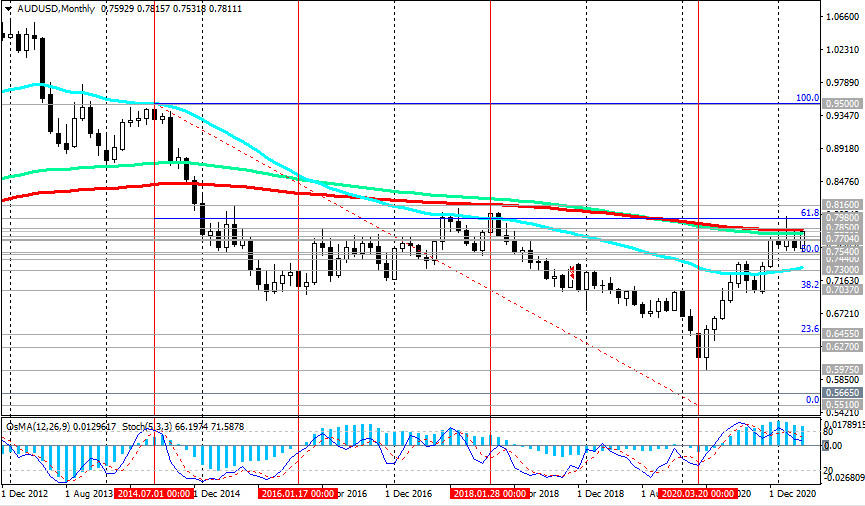 At the beginning of today’s European session, the pair is attempting to rise to the zone above the psychologically significant level of 0.7800.

Also read  Plan for the European session on April 21. Commitment of Traders COT reports (analysis of yesterday's deals). The pound's rise is over

The indicators OsMA and Stochastic on the 4-hour, daily, weekly charts are on the buyer’s side. 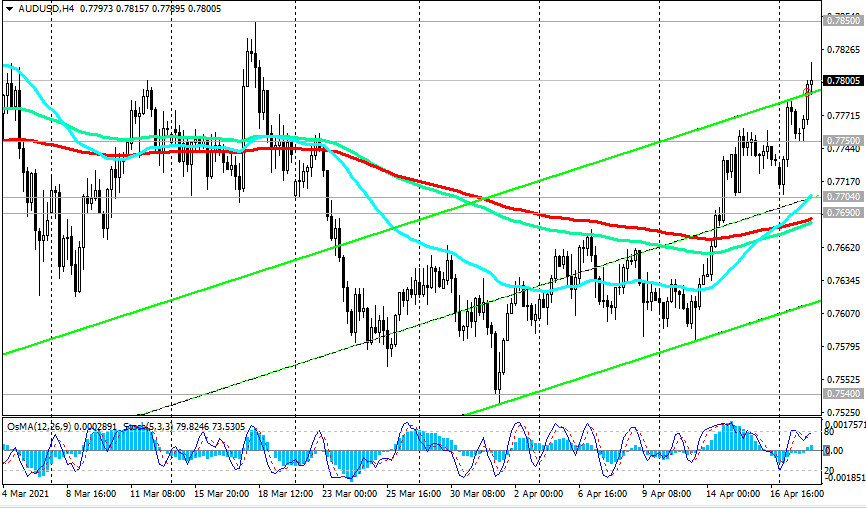 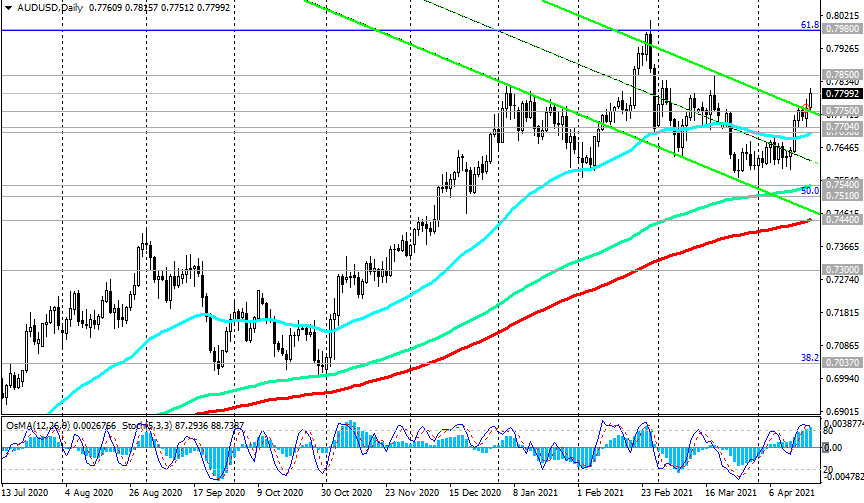 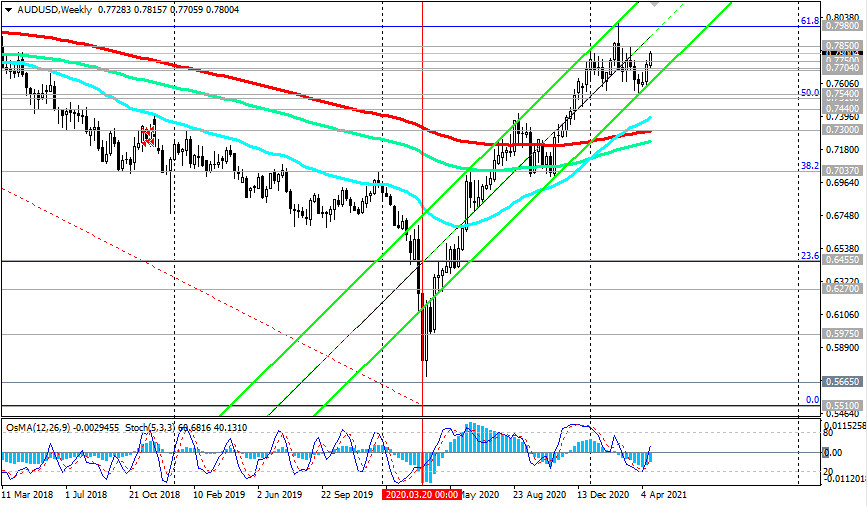 The first signal for the implementation of this scenario will be a breakdown of the short-term support level of 0.7760 (ЕМА200 on the 15-minute chart).

A breakdown of the support level of 0.7300 (ЕМА200 on the weekly chart) will finally return AUD / USD to a long-term downtrend.