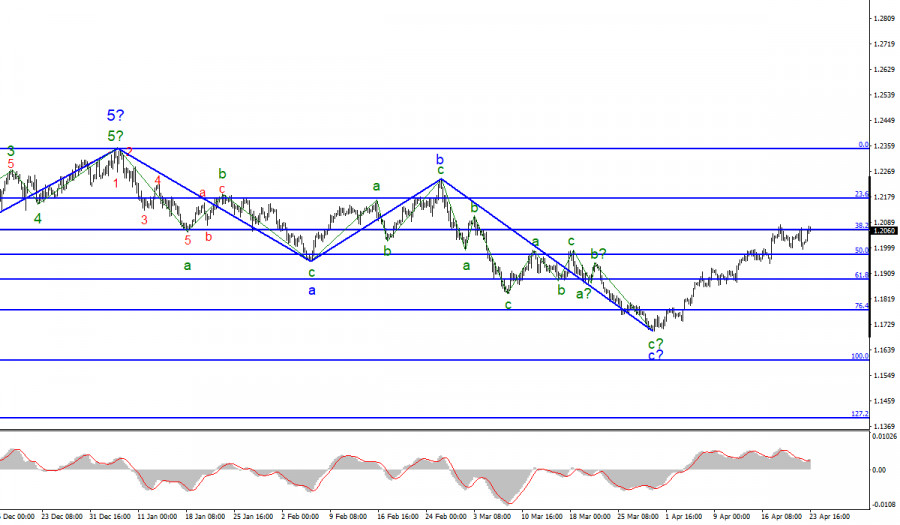 The wave counting on the 4-hour chart still does not require any clarifications and additions, although the last days were clearly not the most unambiguous. During the day, the quotes of the instrument gained about 70 basis points and returned to the 38.2% Fibonacci level. Thus, the third test of this level took place, which at the moment is again unsuccessful. I continue to conclude that the instrument is now in the stage of building a new uptrend section, and the upward wave has supposedly completed its construction. Three unsuccessful attempts to break through the 38.2% Fibonacci level suggest that the market is ready to build a corrective wave 2 or b… Thus, the rise in quotations of the instrument may resume within the wave 3 or from after the completion of the correctional wave, the targets of which are located near the 19th figure or slightly below.

Also read  Light dawned at the end of the tunnel for the euro, the pressure of sellers on the dollar increases

The news background for the Euro / Dollar instrument was quite positive during Friday. In the morning, the European Union released data on business activity. It turned out that the service sector in April rose to 50.3, that is, it crossed the key mark of 50.0, below which it is believed that the sector is shrinking. Let me remind you that for several months business activity in the service sector was below 50.0. However, new lockdowns in Europe caused by the third wave of coronavirus did not negatively affect the recovery of the service sector. This gives hope for the growth of European GDP in the second quarter. The index of business activity in the manufacturing sector also remained high, amounting to as much as 63.3 points. American business activity indices cannot be called weak either. In the service sector, business activity rose to 63.1 points, and in the manufacturing sector – to 60.6. Thus, for most of the day, the European currency could rise due to the moment that the service sector in the EU began to revive. Thus, the markets very quickly forgot the very pessimistic attitude of Christine Lagarde, who spoke yesterday at a press conference after the end of the ECB meeting. Let me remind you that her rhetoric was recognized by everyone as “dovish”, which led to a decrease in the quotations of the Euro / Dollar instrument. However, as I said earlier, now the news background does not influence the trend too much. The wave counting is of more importance, I believe. And according to it, a correctional wave should be built before the quotes increase resumes. So far, the instrument is holding the level of 1.2064 from further growth.

Based on the analysis, I still expect to build an uptrend. Since its first wave looks already quite complete, and the attempt to break through the 38.2% Fibonacci level was unsuccessful, the construction of the second wave could begin now. If this is true, then I do not recommend rushing to open new purchases. It is better to wait for the completion of the construction of this wave. A successful attempt to break the 1.2064 mark may indicate that the markets are ready for a further rise in the instrument. 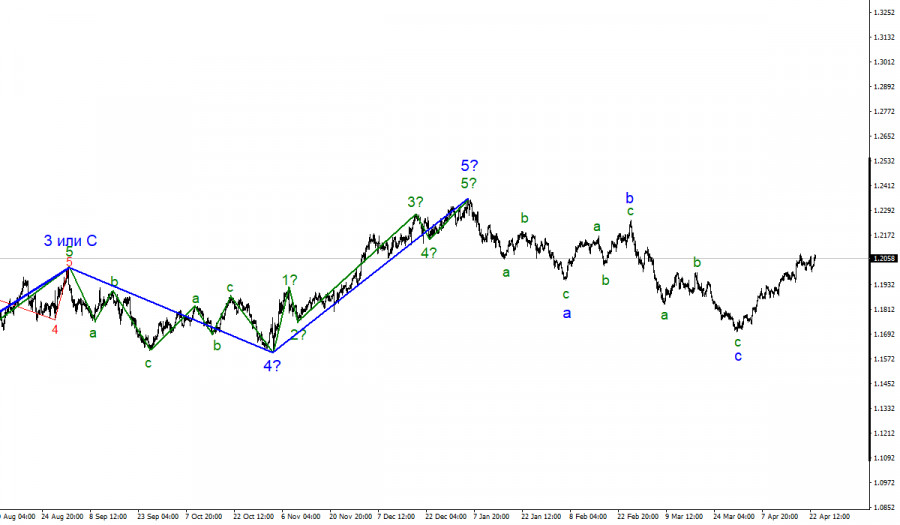 The wave counting of the uptrend section still has a fully completed five-wave form and is not going to get complicated yet. But the section of the trend, which began its construction immediately after it, takes on a corrective, but quite understandable form. This part of the trend also looks quite complete.