For the first time since March, the euro rose above 1.20 in response to Pfizer’s announcement of its readiness to increase vaccine supply to the EU by 100 million doses, to the planned 600 million, which is enough to fully vaccinate 2/3 of the adult population. Growing optimism led not only to an increase in the euro, but also to a decrease in the yield spread between 10-year US Treasures and similar Bundes, which the markets regard as a positive step, increasing the demand for risk.

The decline in US stock indices so far looks like a profit-taking, not a reversal, as companies generally report high above-forecast profit levels.

The dollar will remain under pressure today.

Kiwi has grown significantly in recent days as part of the correction, but it is too early to assume a bullish reversal. The positive tone was set by the results of the RBNZ meeting last week, which was emphatically neutral, but the markets saw in this neutrality of the RBNZ a desire to move towards the completion of monetary policy easing measures and reacted with an increase in demand for the New Zealand dollar.

Also read  Will digital currencies succeed in overthrowing the dollar?

RBNZ, commenting on the parameters of monetary policy, repeated all the main theses from the February statement. The bank adheres to a policy of waiting, the New Zealand economy is developing in line with expectations, and since the prospects remain uncertain, nothing is expected to change at the current stage.

As for the economy, one cannot ignore the strong growth in manufacturing in March from 53.4p to 63.6p, which is the highest in 19 years. 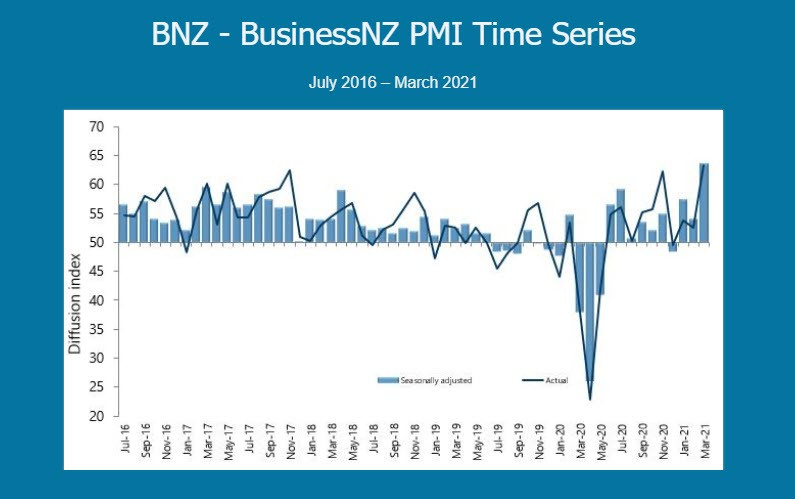 Such a rapid recovery suggests that by the June meeting, the RBNZ will ripen before policy changes towards tightening, the realization of these expectations may return the qiwi initiative in tandem with the dollar.

As for financial flows, there are no noticeable changes here. The net long position decreased by 44 million to 178 million, the dynamics of the debt market is still in favor of the dollar, despite the rollback of yields downward, and accordingly, the calculated price is still directed downward, despite some slowdown. 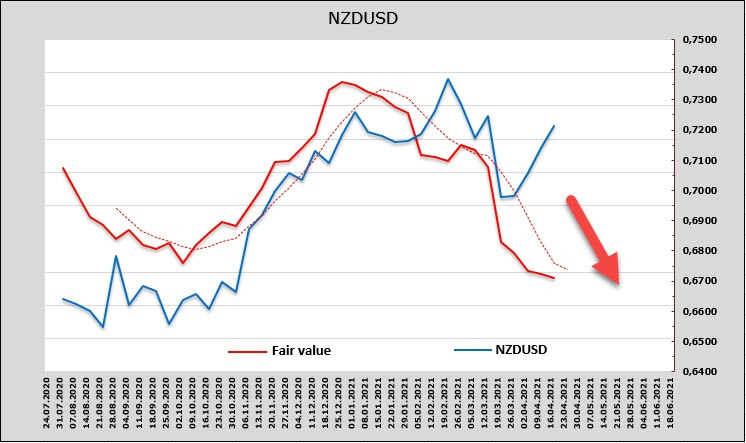 The corrective impulse is almost complete, the kiwi is hitting a strong resistance zone 0.7265 / 7305, where a bearish wave with a target at 0.6750 / 90 will most likely start to form. If the kiwi goes above this resistance zone, then in this case this scenario will not be realized, and the priority will be to update the maximum of 0.7462, but at the moment such a scenario looks unlikely.

Contrary to expectations, the Australian labor market report for March was significantly better than expected. Twice as many new jobs were created than forecasted, the unemployment rate dropped to 5.6%, which is already quite close to the dock level. 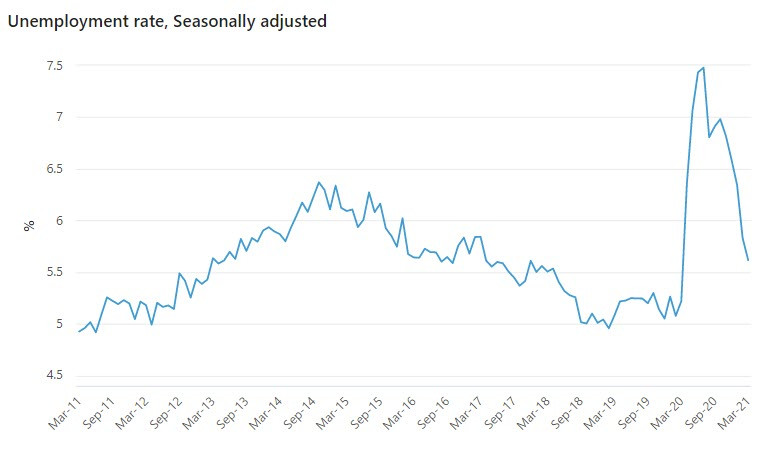 The publication of the RBA minutes did not provide any new information. A significant part of the discussion was devoted to the unusual behavior of households, which reduced spending amid a rapid recovery in income, board members decided that this behavior was caused by high uncertainty about future income, and therefore a decrease in uncertainty would contribute to higher costs and, as a result, the growth of the economy as a whole. … Until that happens, nothing needs to be changed. That is, in fact, the whole discussion.

Also read  Elections in Scotland entail political risks and greatly harm the British pound. Sterling is getting cheaper as a result

The net long position in the Aussie changed insignificantly over the reporting week, a decrease by 24 million to 287 million, the trend is negative, but its strength is not great. Rising demand for risk in recent days has led to a slowdown in the target price decline. 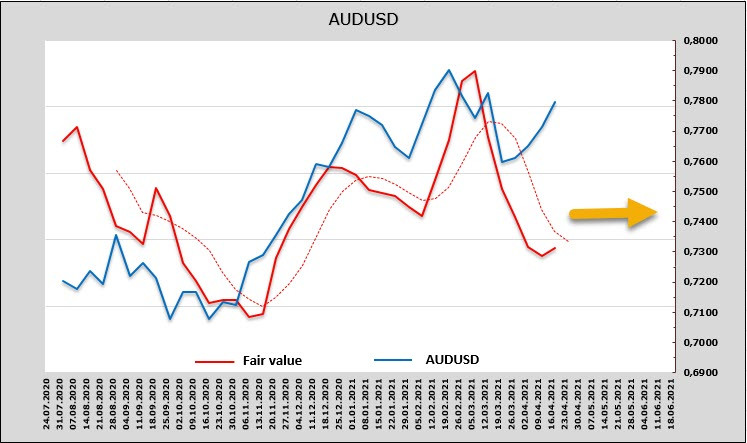 The Aussie has reached the 0.7820 / 50 resistance zone, where, most likely, the formation of a local top within the head and shoulders pattern will begin. The dollar, despite some weakening in recent days, still has an advantage over most of the G10 currencies. The bearish scenario with the target of 0.7417 is still a priority at the moment.