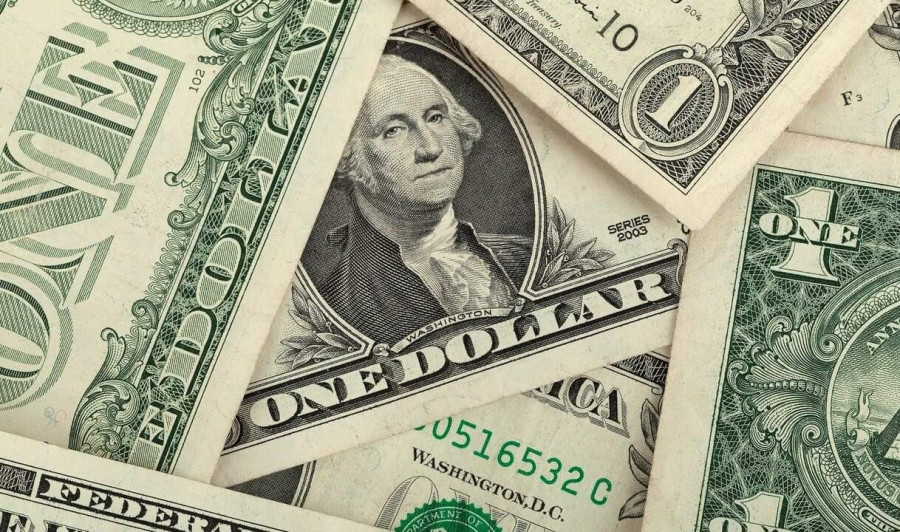 In the last
session on the markets there was a rise in the dollar,
due to the calendar factor.
However, the ascent does not go beyond
corrective rebound. American cravings
currency can be observed in the early days
months, but judging by the downward movement
by the end of the Monday session, she could
exhaust yourself. This week dollar
in the spotlight. Tendency for it
the sale is likely to be in
the game.

So let’s try
deal with the already existing fundamental
picture and try to guess
movement of the American currency towards the end
weeks when the final
US labor market report – nonfarm
payrolls.

Consumer
inflation expectations in the US for the next
year, according to the final data of the University
Michigan accounted for 3.4%, while
the preliminary ones were different – 3.7%.
Here verbal
interventions by officials of the Fed and the US
governments that discard
inflationary risks.

Judging by
perennial and even record highs
quotations of metals and agricultural raw materials,
it’s not easy to believe. Although in order
so that purchase prices fall into retail
it will take months. Sooner or later it
will happen. Looking confident
recovery in demand, manufacturers
do not hesitate to shift the costs to
buyers.

Housing is getting more expensive
the rise in prices is supported by the sudden
Americans’ commitment to improve
living conditions together with low
rates and direct payments from
government. New checks for the population
contributed to a sharp increase
consumer income. In March rose
by 21% on a monthly basis. An extensive
inflation is not yet evident
due to households saving
this money is either invested in real estate
or assets.

Financial
US authorities may point to experience after
crisis 2008, when the quantitative
softening and fiscal incentives are not
led to the formation of inflationary
spirals. At the time, the funds were
aimed at paying off debts, now,
given the housing boom, they are being postponed
to spend in the near future.

In this way,
the dollar has no other choice
how to decline further. Certainly
there will be periodic rebounds. Moreover
it’s not just a few days
or growth weeks associated with technical
oversold dollar. Possible and
longer upward movements
as it was from January to March when
the treasury accumulated money for
help packages.

Also read  ANZ: the dollar may rise in price in May, in euros - to fall in price

Against the dollar
the Fed’s policy is playing. The regulator did not give
no clues as to shortening
quantitative easing programs,
not to mention raising rates. If a
Central Bank will not change plans, soft economic
stay long-term policy
a factor in the reduction of greenback.

On the side
dollar bears strong data on
the US economy for the first quarter. Besides
Moreover, the weekly number of
claims for unemployment benefits.
Recovery of the American economy
gives some guarantee for recovery
of the world economy, therefore in the markets
appetite for
shopping risk. Naturally, on this
background interest in defensive assets
weakens.

Focus now
of traders is set up for Friday
the publication of nonfarm payrolls. If data on
the state of the American labor market
will impress the markets, the dollar is waiting for another
wave of sales. Sellers can push
index of the American currency in the region
90,00.

what
concerns the EUR / USD pair, then Friday
the decline was not developed further, the quotation
not only stayed above 1.2000, but also
showed a rebound to 1.2070. It is worth noting,
that growth and stabilization are above the level
1.2064 will bring buyers back to the market.

Hardly on
this week will continue the downward
movement of the euro, no justification. Placements
US Treasury is not scheduled for
the coming days, and the dollar is not particularly
strengthened using the end factor
months. In addition, America is profitable when
strong economic growth is observed
against the backdrop of a weaker national currency.

Exchange rate EUR / USD,
is expected to grow up this week,
but hope to update the peak
marks from April 23 – 1.2149 are still not
worth it. Most likely scenario on
coming sessions are local
outset. The dollar can strengthen by
next week when the new
a series of Treasury debt placements,
which will put pressure on the EUR / USD pair.