The results of the last April meeting of the FRS somewhat reassured investors, as the regulator and its head J. Powell did not give any specific signals about the timing of the start of changes in monetary policy, but the talks of some members of the Fed on Monday that significant changes in the direction of improving the state of the American economies will lead to the beginning of a decline in asset purchases, once again brought financial markets back to earth.

Powell was optimistic in his comments on the national economy on Monday. He talked a lot about the labor market situation and the ongoing difficulties in the economic recovery process. In general, nothing special, but among the speakers, Fed Member and Richmond Fed Chairman T. Barkin reminded the markets again that noticeable improvements in the dynamics of the recovery, and then the growth of the American economy, will definitely lead to the beginning of the process of reducing bond buybacks by the regulator with all the consequences already emerging. While such statements are not new, they force long-term investors to be cautious.

Also read  Analysts turned their backs on the dollar, figured out the reasons for the defeat of bitcoin

At the moment, the stock markets are experiencing a period of consolidation of stock indices, which is associated with the end of the positive influence of the new large-scale stimulus measures in the United States that previously supported the markets and the regular statements of the Fed representatives that one should not expect changes in the monetary exchange rate of the regulator. Also, the actual end of the corporate reporting season does not give the markets new signals to buy company shares. Against the background of the absence of new positive news, primarily fresh economic data and the growth of traditional caution before the summer holidays, the markets are already witnessing a multi-day period of consolidation of stock indices, which is likely to continue this week.

As for the situation in the foreign exchange markets, it remains rather boring. The ICE dollar index, after bouncing up at the end of last week, already at the beginning of this week, shows dynamics in a rather narrow range from 90.50 points to 91.50 points. This is due to the fact that most of the major currency pairs in this basket are showing sideways dynamics, with the exception of the Canadian currency, which rebounded against the dollar on the back of a recovery in crude oil prices, which confidently returned to the levels of the beginning of last year.

In general, we continue to expect sideways dynamics in the FX market, equity markets and the commodity market. This will continue until investors are either convinced that the global economy will receive a new impetus for growth in the wake of curbing the consequences of the COVID-19 pandemic, which will turn out to be a new wave of company stock purchases, or an increase in inflation in America will finally convince investors that the fact that the growth potential of the local stock market has already been exhausted, and the beginning of a change in the course of monetary policy is not far off.

Also read  Trading plan for the EUR / USD pair for the week of May 3 - 7. New COT (Commitments of Traders) report.

Gold is consolidating in the range of 1765.00-1797.55. We believe that the sideways dynamics of the yield of American Treasuries and the absence of news positive for the dollar will further push the price of the “yellow metal” to rise. The breakout of the level of 1797.55 will lead to an increase in the price to 1821.00. 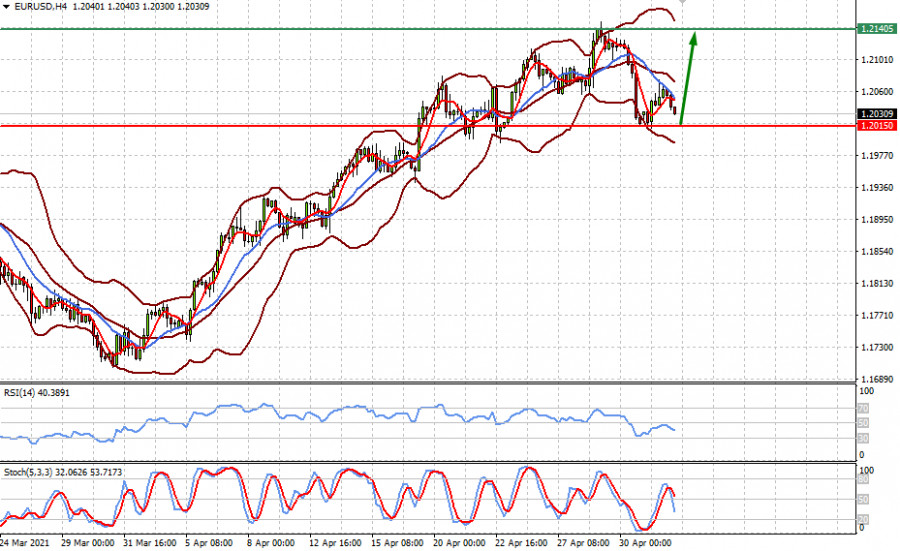 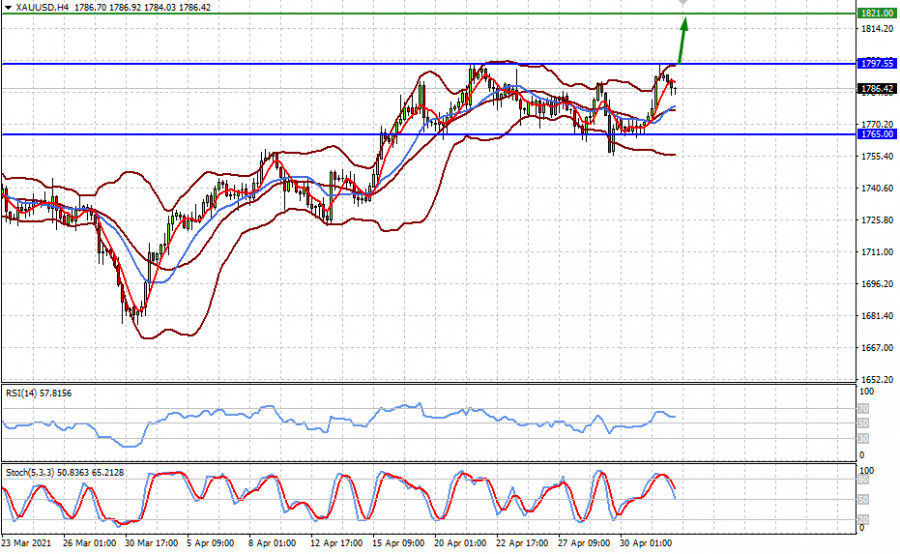