US stocks closed on Tuesday with another update of record levels, the S & P500 added 0.2%, while the NASDAQ rose 0.9%. The market reaction may seem counterintuitive, given that the data on durable goods orders released on Monday showed only 0.5% growth in March against the expected 2.5%. There are several reasons – firstly, the growth in orders excluding transport amounted to 1.6%, as expected, secondly, preliminary data were less negative, and, thirdly, the market finally figured out the new tax changes proposed by Biden. and did not consider them a threat.

It should also be noted that the Federal Reserve’s regional manufacturing indices are outperforming forecasts, confirming the strong performance of ISM. The Federal Reserve Banks of Kansas and Chicago previously reported a significant excess of forecasts, and yesterday Dallas showed a record level of growth, despite the fact that the volume of new orders was a record for the entire 17-year history of observations, and the manufacturing sub-index updated the post-crisis maximum. 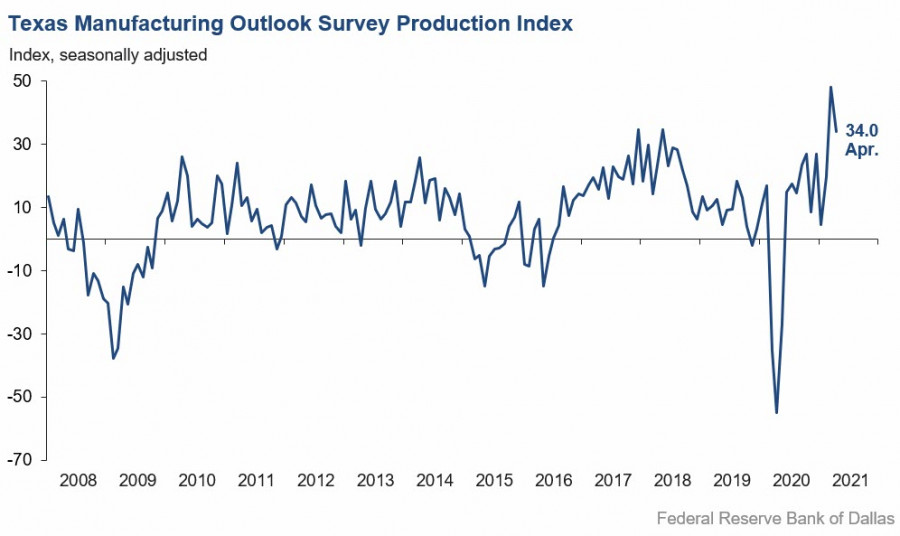 Accordingly, the Federal Reserve Bank of Atlanta predicts a quarterly growth of US GDP at 8.2% as of April 26, which noticeably adds optimism as the publication of the 1st estimate of GDP for Q1 approaches.

Also read  The World Bank expects more active growth of the world economy and does not see the risks of inflation.

Rising demand for risk suggests that the dollar will continue to decline this week.

Last week, Stats NZ published data on consumer inflation for 1Q, growth of 0.8% (1.5% YoY) was broadly in line with the forecast. Shortly after the publication of the data, the RBNZ presented its estimate of core inflation, it turned out to be at 1.9%, which looks quite strong, but in any case, the RBNZ is unlikely to get out of the policy of “patience and observation”, since most of the components are temporary, that is, price increases is still, from the point of view of the Central Bank, unreliable.

At the same time, ANZ Bank predicts a steady rise in inflation in Q2, explaining its confidence by an acute shortage of labor, which will inevitably lead to an increase in wages. The next meeting of the RBNZ will take place only on May 26, closer to the date of the meeting one can assume an increase in inflationary expectations, but in the nearest future, caution and stability are more likely. As a result, from this side, the NZD has not yet formed a driver for growth.

Unlike AUD, the dynamics of New Zealand bond yields lags behind UST, that is, the spread is not yet in favor of the kiwi, the CFTC report is neutral, the target price remains below the long-term average, despite an obvious attempt to turn up. 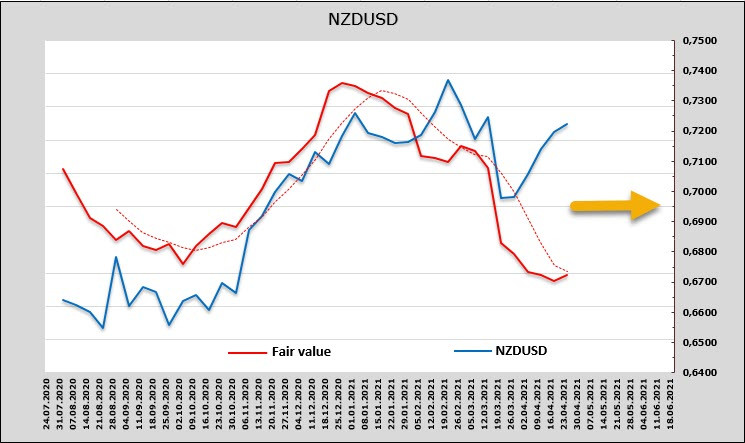 Kiwi may rise slightly higher within the corrective growth of resistance 0.7264 and 0.7309, but growth requires a strong driver, which is not yet available. A decline to the support zone 0.7160 / 80 and trading in a sideways range in anticipation of a much needed driver is a little more likely.

The Australian economy continues its strong recovery after the partial lifting of restrictions. After the publication of positive data on the labor market for March, it became clear that the quarterly business confidence index from the NAB rose to 17. Against the forecast of 7p, and PMI in April in all sectors of the economy is growing steadily above 58p. and have already updated the dock 10-year highs.

Also read  What awaits the first cryptocurrency this weekend? 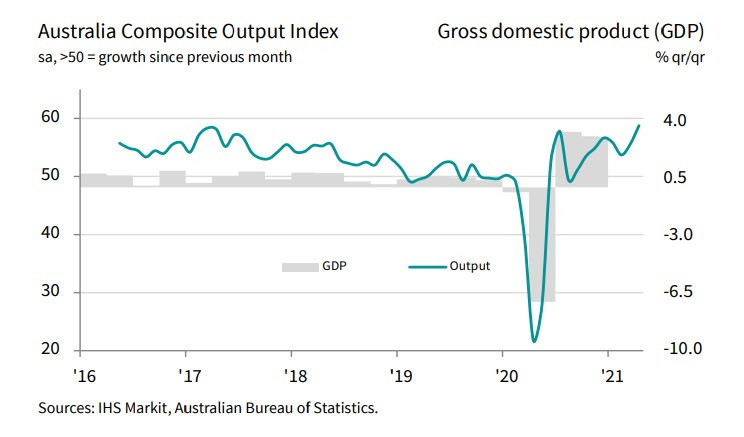 The CFTC report for the AUD turned out to be neutral, the yield spread stopped falling, which lasted for 4 weeks in a row, as a result, the calculated price makes attempts to turn up, although it is too early to draw far-reaching conclusions. 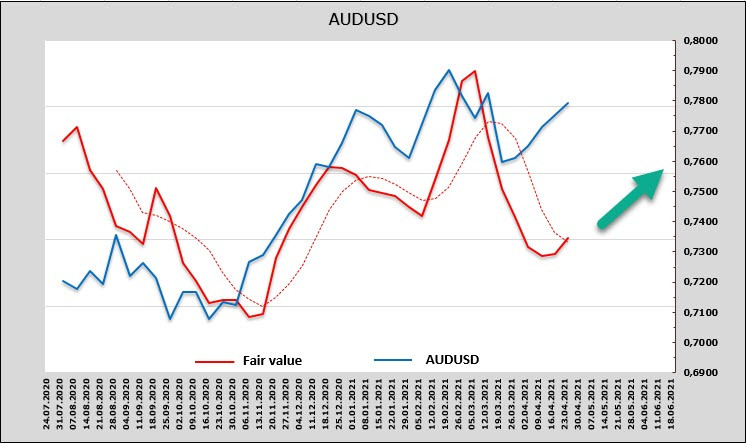 The Aussie is stuck near the 0.78 resistance, an upward reversal of the target price point to a growing likelihood of the upside movement continuing. In favor of AUD’s gains, the growth in non-ferrous metals recorded on Monday, led by a 2.1% rise in copper to new 10-year highs, while iron ore futures rose 0.75%.

The likelihood of the formation of a technical “head and shoulders” pattern with a subsequent return to the bearish scenario has become noticeably less, an attempt to gain a foothold above 0.78, test 0.7852, and, if successful, set off to storm the February high of 0.8009 is more likely.