The euro perked up after the Federal Reserve decided on further monetary policy. Citing progress on Covid-19 vaccinations and strong fiscal policy from the current administration, the committee on Wednesday updated its assessment of the US economic outlook, but retained its super-soft stimulus program. 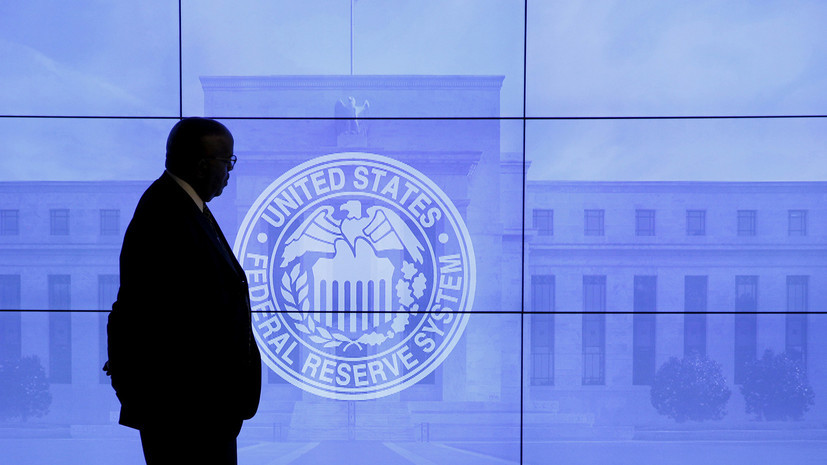 The Fed said in a statement that the indicators of economic activity and employment showed quite good growth, which is contrary to the past expectations of the central bank, when the forecast for a recovery in activity was more modest. The Fed also said the sectors hardest hit by the coronavirus pandemic remain weak, but the recovery is well under way. After previously saying that inflation continues to be below 2.0%, the Fed now admits that growth is outperforming forecasts. At the same time, the observed jump in inflation is expected to be short-lived, and in the future, growth will become more gradual.

The central bank said in a statement that risks to the economic outlook remain high due to the ongoing public health crisis, although compared to last year, the current challenges are no longer a serious threat to the economy. At the end of last year, the Fed pointed to “significant risks to economic prospects.”

Also read  After Jerome Powell's speech, the dollar has no chance

Despite the improvements mentioned in the statement, the committee again kept the target range for the federal funds rate at 0-0.25%, and also confirmed that rates will remain at current levels until labor market conditions reach projected values. … The Fed also reminded that inflation should moderately go beyond 2.0% to compensate for the failed period in previous years.

In terms of bond purchases, everything is unchanged: the central bank has said it plans to continue buying bonds of at least $ 120 billion a month until “substantial progress” is made towards its maximum employment targets and inflation.

As I noted in previous reviews, if there is nothing in the statement that could change the opinion of investors that the Fed will not cut its asset purchase program anytime soon, demand for the euro will increase – which it did.

During the press conference, Federal Reserve Chairman Jerome Powell was rather restrained, saying that he and his colleagues, although they raised the current assessment of the US economy, are not yet ready to consider reducing the pandemic support programs. “Let it be some time before we see further progress in economic growth, and only then, we will think about how to proceed,” said Jerome Powell during his speech. 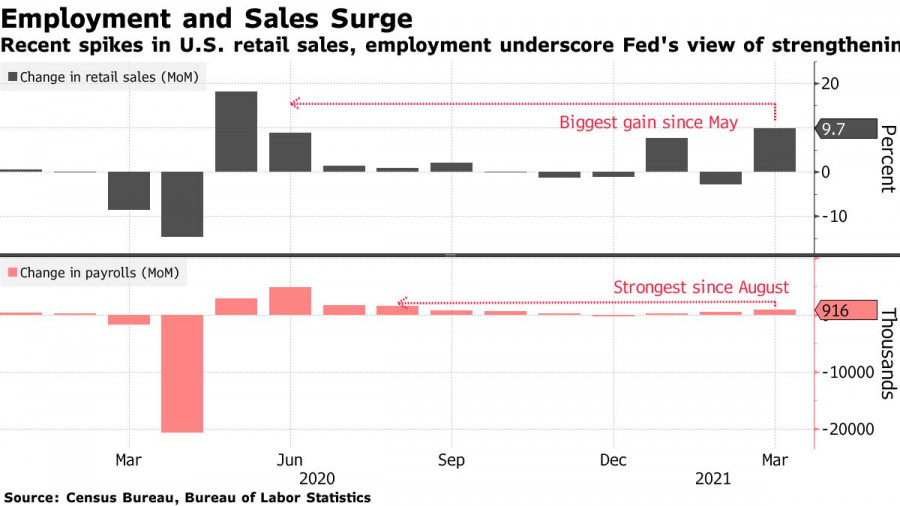 As for the unemployment rate, Powell noted a rather high labor shortage, but attributed this to the distribution problem after the coronavirus, adding that millions of people are still in need of employment. There is no robust growth and wages, despite persistent claims of deficits in some sectors of the economy.

As for the technical picture of the pair EURUSD, then after the breakout of the large resistance at 1.2093 at the end of yesterday’s American session, the Asian bulls supported the new trend, having achieved a breakout of the resistance at 1.2135. The main task of the euro buyers today in the first half of the day will be to keep this range under control. If they manage to defend it, one can expect further growth towards the highs of 1.2180 and 1.2240. If the pressure on the trading instrument returns, then, most likely, the bulls will again need to think about how to protect the support at 1.2100. A breakdown will quickly return pressure to the pair and push it to the 1.2055 low, opening a direct path to the 1.2000 area.

As for the technical picture of the pair GBPUSD, then going beyond the resistance at 1.3920 led to an active growth of the trading instrument already to the area of ​​the maximum at 1.3970, where the pressure on the pound returned. The main task of the GBPUSD buyers is now precisely this range. If we manage to get above 1.3970, we can expect a continuation of the bullish trend towards the highs of 1.4020 and 1.4065. If not, then buyers will have to defend the support 1.3920, since a lot depends on this level. A breakout of this range will quickly bring pressure back to the pound, leading to lows at 1.3860 and 1.3800.