It seems that the markets are no longer focusing on the dynamics of US government bonds, again shifting all their attention to the situation around the coronavirus pandemic, as well as to the plans of US President J. Biden to almost double taxes on capital gains. In fact, we can say that he began to fulfill his earlier obligations during the election campaign to raise taxes in the country.

The American stock market is still trying to set the tone for all global financial markets. But that didn’t work on Thursday. If in the United States, after reaching new highs of local stock indices, profit-taking was clearly observed, in Europe, on the contrary, there was an increase in demand for company shares against the backdrop of strong corporate reporting data of local companies.

For the fourth day, the dollar has been consolidating against the basket of major currencies in the foreign exchange market, which is manifested in the almost sideways dynamics of the dollar ICE index slightly above the level of 91.00 points.

As we expected, the final decision of the ECB did not bring any surprises. As expected, all monetary policy parameters were left unchanged.

The focus of the market today will be on the publication of large volumes of production data in both Europe and America. It is assumed that the manufacturing PMI (PMI) of the leader of the euro zone in Germany will fall to 65.8 points from 66.8 points, in the euro zone will fall to 62.0 points from 62.5 points. In contrast to the expected values ​​from Europe, in the USA this indicator is expected to grow in April to 60.5 points from 59.1 points. Also will be presented figures for the index of business activity in the services sector, where it is also expected to rise to 61.9 points from 60.4 points.

In addition to these data, the values ​​of new home sales for the month of March will be published. Positive dynamics is also expected here.

We believe that if the data, primarily from the US, does not pump up and turn out to be no worse than forecasts, then this will push the American stock indices up again after their yesterday’s decline, the dollar will be under pressure.

AUDUSD is consolidating above 0.7700. We believe that the growth in demand for risky assets will support high-yielding currencies, which include the Australian dollar. On this wave, the pair may rise to 0.7800. 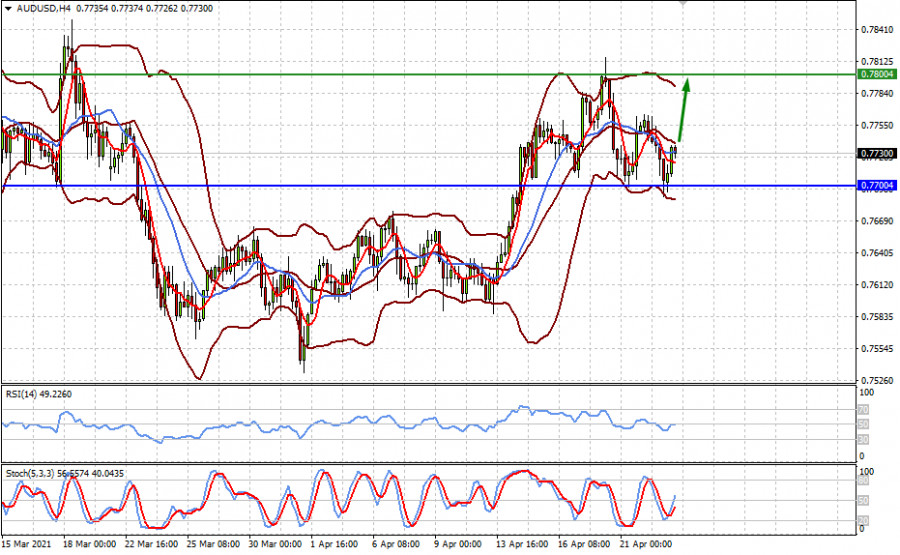 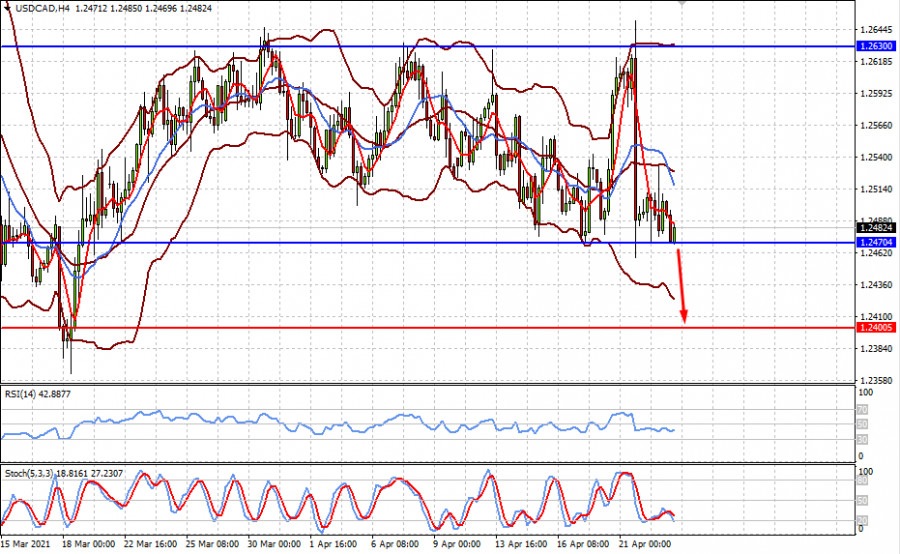