The easing of restrictions imposed by the pandemic by the states of New York, New Jersey and Connecticut, as well as the EU’s permission for foreign travelers with vaccinations to visit Europe, were the catalysts of the Brent and WTI rallies. The hope for a recovery in global demand faithfully serves oil in 2021. According to Enterprise, by the end of this year the figure will exceed 100 million b / d, that is, it will fully recover from the devastating consequences of COVID-19. But this is not the limit. In 2022, we should expect a return to the trend of the economies of developing countries, so the growth potential of black gold is far from exhausted.

Despite the fact that the epidemiological catastrophe in India, which is an important player in the oil market, has led to a decrease in gasoline sales to 2.14 million tons, the lowest level since August, investors do not seem to notice it. OPEC + continues to implement its plan to increase production by 2mn bpd during May-July, which indicates that there is no concern about the dynamics of global demand, and Iraq, the third largest producer of black gold in the cartel, says that prices will fall. not worth it, and in the near future Brent will stabilize near $ 65 per barrel.

The topic of the super-cycle, forgotten due to the March growth in US Treasury bond yields, is returning to the commodity market, a situation where, thanks to large-scale incentives, demand will outstrip supply for a long time and contribute to price increases. Both energy and industrial goods and the agricultural sector are on the rise. At the same time, the Bloomberg Commodity Spot Index, which tracks 23 commodities, is at levels not seen since 2012. 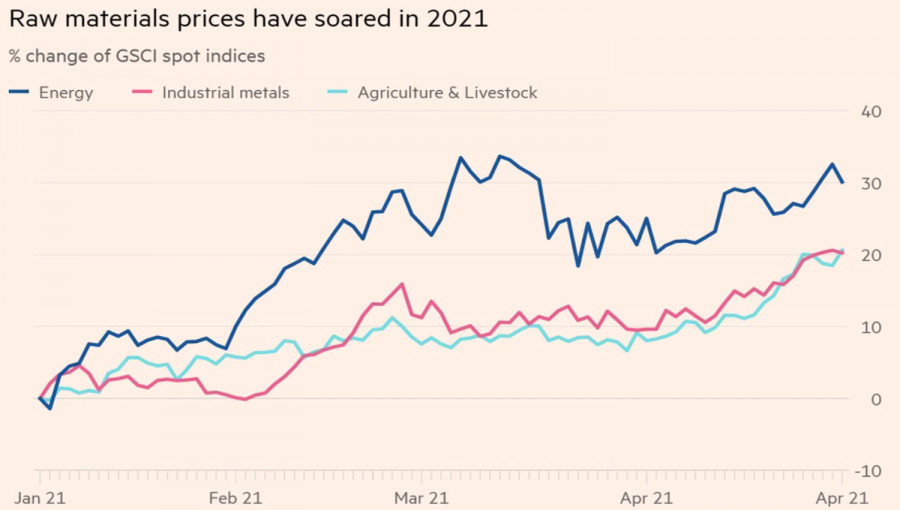 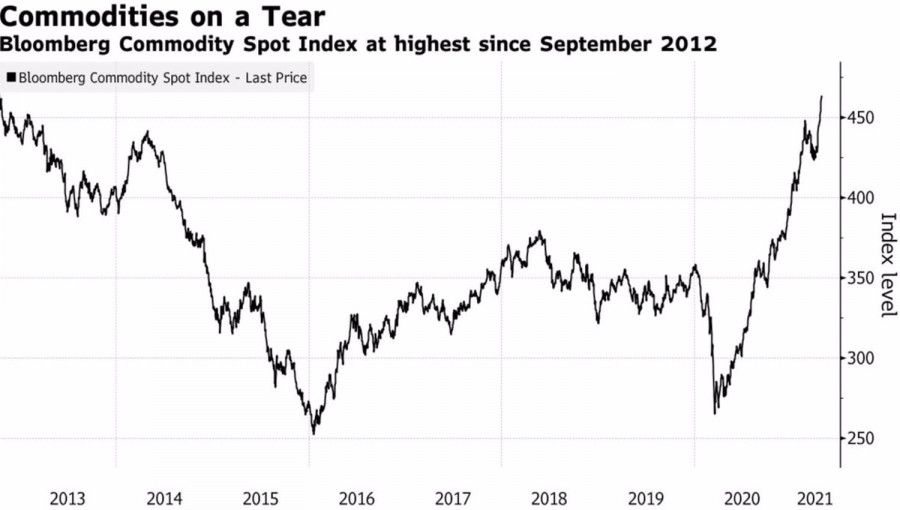 One of the packages of fiscal stimulus from Joe Biden has already been approved by Congress and signed by the President, two more are next, so the bulls on oil and other commodities have the right to argue that this is just the beginning. Moreover, other countries are also following the path of the United States, including Italy, which for a long time before the pandemic was forced to live in belt-tightening conditions.

Talk of a super cycle is fueling investor interest in risky bets. Over the past couple of days, options to buy Brent with a strike price of $ 100 per barrel and a delivery date in December have traded more than 10,000 times. Thus, someone does not believe that the North Sea variety will reach the $ 75 mark, while someone sees its cost a third higher by the end of 2021.

The oil is supported by the “dovish” rhetoric of the FRS representatives, which restrains the growth of Treasury bonds and the US dollar. According to the head of the Federal Reserve Bank of New York John Williams, the current data for the United States is not enough for the Fed to start adjusting monetary policy.

Technically, the exit from the triangle, as expected, led to the continued rally in Brent. “Bulls” seriously intend to rewrite the March high, activate the AB = CD pattern and move the quotes towards its target by 161.8%, which corresponds to the level of $ 78.2 per barrel. We continue to buy oil! 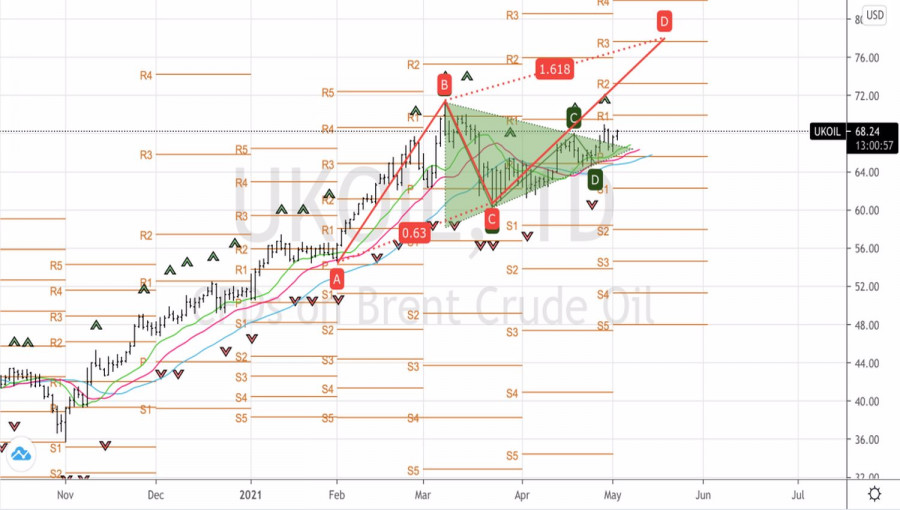