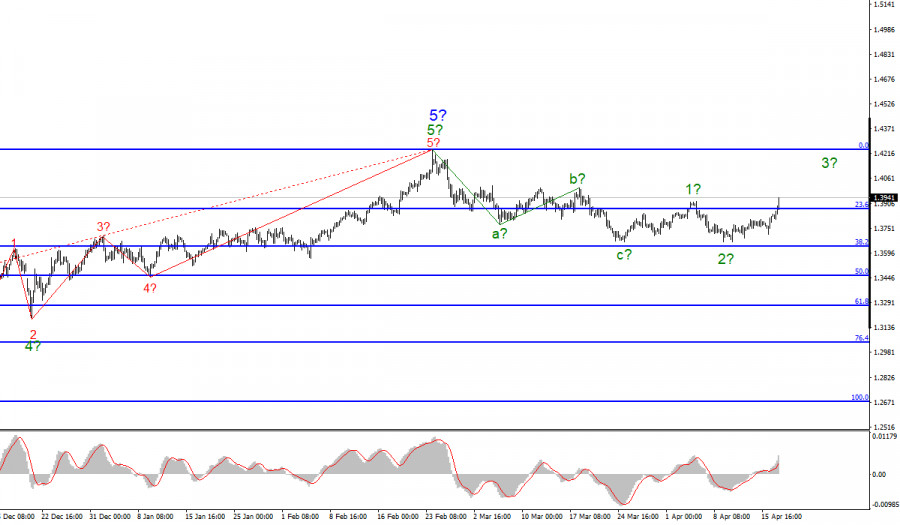 For the Pound / Dollar instrument, the wave pattern cleared up a little on Monday. On this day, the British quotes began a new rise and exceeded the peak of the previous wave, thus showing the construction of a new upward set of waves, which began on March 25. So far, everything looks exactly like this. Then, the part of the trend, which began on February 24, took a three-wave form and is already completed. If this assumption is correct, then the rise in the instrument quotes will continue within the wave 3 or from a new uptrend section with targets ranging between the current value and the 42nd pattern. The current part of the trend can be impulsive, that is, five-wave, but it can also take on a more complex form of alternating triplets. Therefore, now, in any case, I expect an upward wave to form, but then I will need to look at how the instrument will behave in order to understand what awaits us next: a horizontal trend segment or an upward one?

The news background for the Pound / Dollar instrument was very weak on Thursday and Friday. All the news that was supposed to affect the markets and their mood came from the USA and, as I said in my review for the euro, did not. And in Britain there was no economic data that could be of interest to traders. But there was news of a different nature. In Northern Ireland, riots and protests have been going on for two weeks over the status of the border with the Republic of Ireland. So far, they are relatively peaceful, and the inhabitants of the island are dissatisfied with the implementation of the Brexit agreement and demand its revision. London is still idle and hopes that the situation will resolve itself. The media reported that the inhabitants of the two countries do not want a border to appear between them, either by land or by sea. Several groups at once, which adhere to different religions and political views, organize protests. Some want to see a United Ireland, which does not allow the emergence of any borders between countries. Others want to stay in the UK. There is a clash of churches, the interests of various groups of people, which in the last century for many decades was accompanied by murders, terrorist attacks and clashes. In the near future, this issue should be resolved not only by the governments of Ireland and Northern Ireland, but also by London. Otherwise, the island of Ireland may once again begin to “blaze with fire.” So far, this news does not put pressure on the Briton. However, in the future, they may begin to provide.

At this time, the wave pattern has cleared up a little, so now I recommend buying an instrument for each MACD upward signal, hoping to build a third wave as part of a new uptrend section. The wave counting still does not look completely unambiguous and may require additions and adjustments. 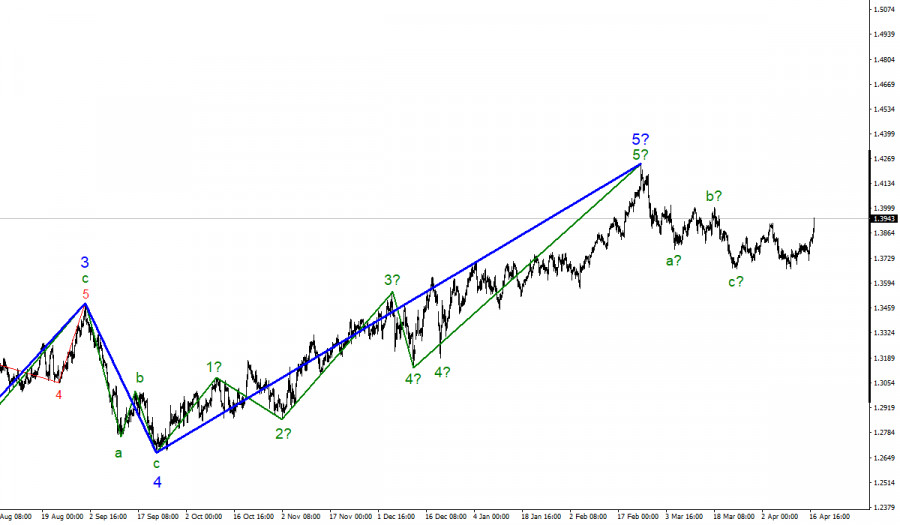