On the eve of the FOMC meeting, there is low activity in the financial markets, stock indices change insignificantly, as well as bond yields. Equity indices have barely responded to positive company reports, with nearly all companies reporting higher-than-forecast profits in the first quarter. 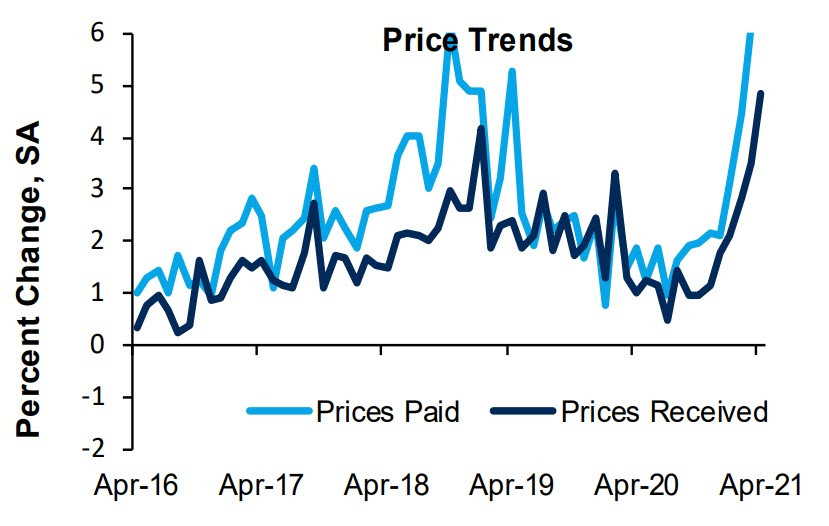 The FOMC meeting is considered to be a passing one, however, comments on the beginning of the discussion of the timing of the QE program closure are likely, which at the moment may be a strong driver. As long as there is no information, the markets will remain stable.

Bank of Canada Governor Maclem said he is still targeting the set target of 2%, despite the fact that it is expected to temporarily exceed this level. In his speech to parliament, he focused specifically on targeting inflation and possible risks of both a downward and upward nature. Since Maclem didn’t add anything significant to the Bank of Canada’s position formulated last week, the market didn’t give any particular reaction to the move.

The target price turned down again after a 4-week correction. The reversal is based on the build-up of a long CAD position in the futures market, reflecting the mood of speculators who are waiting for a more aggressive exit from the super soft policy than in the US.

Retail sales data for February will be published today, on Friday – a preliminary estimate for GDP for February, expectations are positive, the loonie has a fairly solid position for further strengthening. 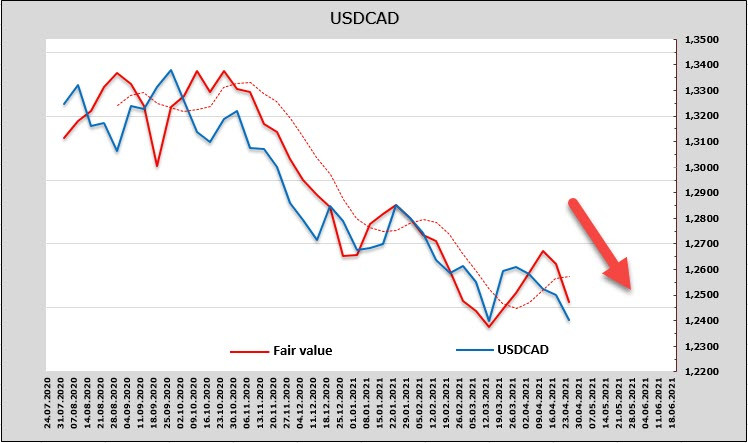 The expected bullish reversal did not happen, we assume that in the near future an attempt will be made to update the minimum at 1.2363, then support at 1.2246, the next target at 1.2050 / 70, where the middle of the long-term descending channel lies.

The Bank of Japan, after the completion of the regular meeting on monetary policy, left all the main parameters unchanged. It is not surprising – according to a number of complex indicators, BoJ has no reason to change anything towards tightening, but additional measures aimed at supporting the economy are not ruled out.

On April 27, BoJ revised forecasts of economic activity, forecasts of real GDP for the coming years were slightly increased, and inflation is still as sad as it was 10 and 20 years ago. For 2023, prices are expected to rise by only 1%, which is infinitely far from the 2% target set by the Bank of Japan, and risks are still shifted downward. All this means that the super-soft policy is being dragged out indefinitely.

The T / S ratio (the ratio of the TOPIX index to the S & P500) continues to fall as Japan lags behind in vaccinations and ETF purchases by the Bank of Japan. If US stock indices hit records, then the flow of investors in Japanese stocks is weakening. 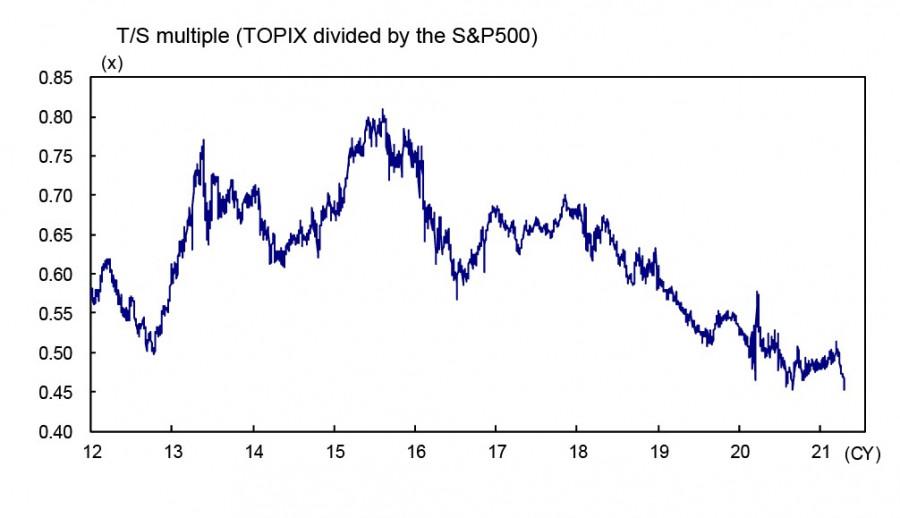 Accordingly, the net purchase of assets by non-residents, which reached 25 trillion yen in 2015, fell to zero in 2021, and at times went into negative territory. That is, from this side, the demand for the yen is weaker than the historical average.

The target price slowed growth, primarily because UST yields bounced back from their March highs. On the CFTC, the net short position in the yen has stopped growing, however the accumulated volume of short contracts is still very large. 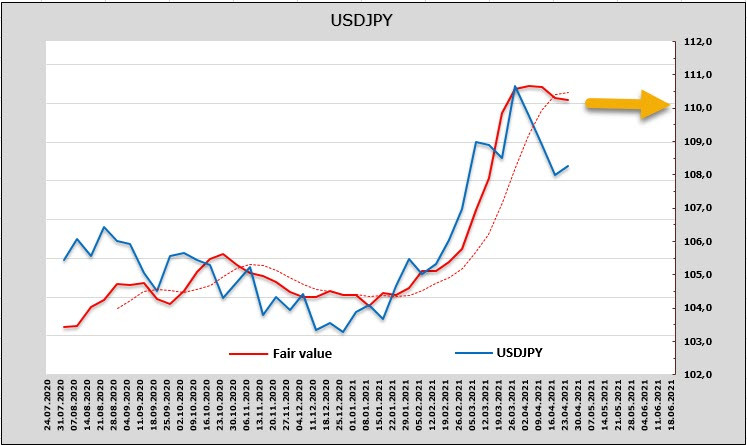 The conclusions are as follows. In the long term, the yen continues to be under strong pressure, and a move to 1.26 is more likely than a return to 99. In the short term, the dollar is weak, so there was a slight correction, but a serious upward movement is possible today if political events in the US, including the outcome of the Fed meeting, turn out to be hawkish, as the market expects.