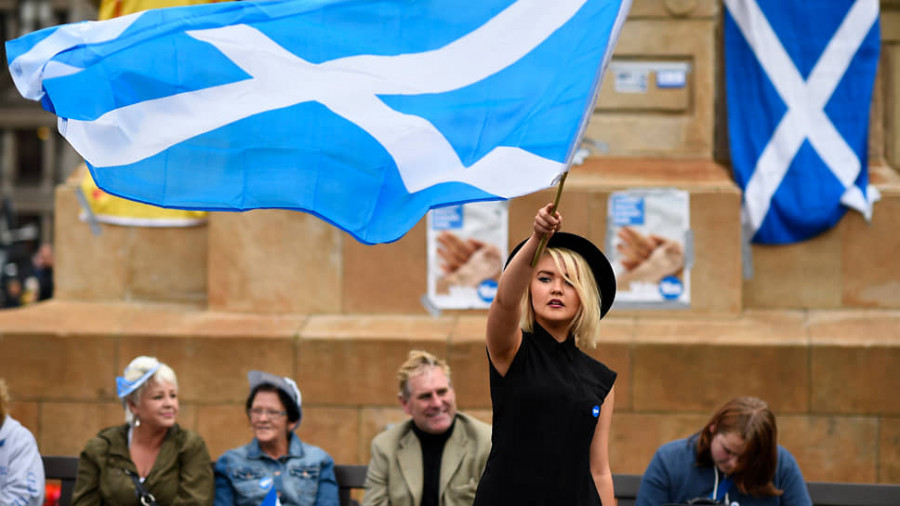 Tomorrow,
May 6, Scotland will host parliamentary
elections where deputies will be elected
unicameral legislature.
Most votes will fight
unionists and nationalists. Leader
Nikola nationalist movement
Sturgeon promised her voters
what is going to hold in case of victory
a new referendum on independence. Her
the words were spoken in the pre-election
speech: “The voice that you give for
Scottish National Party,
will become your voice for independence
Scotland “.

BUT
given the fact that nationalists in
public opinion polls so far
are in the lead, this week may well
to mark the approaching end
300-year union between England and
Scotland, and at the same time
the beginning of massive chaos in the economy
UK in the coming years. Trade
Citibank offices in this regard already admit
possible upcoming drawdowns on
markets.

The UK government even in
if the nationalist party wins
may not agree to hold
another referendum. But since
the upcoming vote may
provoke a situation like
when the UK seceded
European Union fund managers again
refer to forgotten trading rules
at a binary risk event, when much
depends on the time.

On
today the pound is paired with the dollar
is trading at 1.3914.

According to
the Bloomberg survey, analysts believe in retention
this position of the British currency until June.
However, experts from Credit Agricole SA strongly
recommend investors to sell
British pound against the dollar
USA short. Specialists of the largest
in the UK and the world of financial
conglomerate Barclays Plc due to the potential
electoral volatility is disapproved of
a call to open a long position at
pound against euro. Credit strategists
largest Swiss financial
holding UBS Group AG lowered their forecast
regarding a selected group of banking
UK bonds: earlier forecast
was “above the market”, henceforth became
“Neutral”. At the same time, UBS Group AG
noted that a long position on credit
British instruments due to the likely
the referendum risks being unprofitable.

how
whatever it may be, but the situation on the markets
clearly heating up, market participants in
the light of the coming storm will have to
act quickly. Markets first
ignore the existing risks and then
panic suddenly. Leader
Currency Strategy Rabobank Jane Foley
sure
what to ignore
upcoming elections and possible referendum
markets are not allowed.

BUT
what if yes?

Branch
Scotland from England means complete
restructuring. First of all, it is
will affect currency regulation.
It will be necessary to decide which part
British public debt
will fall on the shoulders of the new independent
Scotland. This will be the beginning of the creation
new trade relations between Scotland
and the rest of the UK. BUT
ambitions of the Scottish National Party
joining the European Union create a huge
border and trade tensions.
Did the participants take into account all these consequences?
market? Director of the department for work with
a wide range of assets in GAM Investments Julian
Howard is convinced of the depreciation
British pound and believes that
the impending chaos will be much
more damaging to the economy
Great Britain than Brexit. And all because
that Scotland over the past 300 years
had much closer ties with
UK than UK with
Europe.

Important
also what exists today
location of major financial
institutions in case
split
The United Kingdom is at risk
change. In the event that they and
will continue to operate in Edinburgh,
Scottish banks will lose
support a quantitative
softening of the Bank of England, will become noticeable
less creditworthy.

Authorities
Great Britain will be discouraged
any intention to vote
in the country for independence. Enough
just one government refusal
provide to the Scottish Parliament
permission to do this vote
legally binding. True, this refusal could provoke a protracted debate over whether the Scottish
parliament independently initiate
legal referendum.