After the landmark listing of Coinbase shares on the NASDAQ platform, the cryptocurrency was covered by a wave of correction. The negative news background aggravated the situation and provoked a decrease in the capitalization of the cryptoasset market by 6.2% over the past day alone. Bitcoin indicators sank another 4% and continue their downward movement.

Last week, the first cryptocurrency renewed its all-time high again, reaching a value of $ 64.9 thousand. After that, the asset was swept by a wave of price correction, which triggered a 13% drop in bitcoin indicators. This led to the forced liquidation of long positions of users of crypto exchanges for a total of $ 9 billion. Today, April 20, the asset continued its downward movement, fell by 4% and retains all the prerequisites for dropping below $ 50 thousand.

As of 13:00, the quotes of the BTC / USD pair dipped by 2%, and the dynamics of price changes over the past seven days became negative (-8%). At the same time, the volume of daily trading also continues to decline and amount to only $ 69 billion. The cryptocurrency is quoted at $ 55 thousand, and the asset is more likely to fall in price. In order to maintain safe positions, bitcoin needs to overcome the $ 56 thousand mark, which can become unbearable for the asset. This is due to the fact that a large number of sell orders are concentrated on this line, and it is highly likely that when BTC tries to overcome this threshold, it will start falling to $ 55 thousand due to strong pressure.

Also read  The dollar fell to an 8-week low 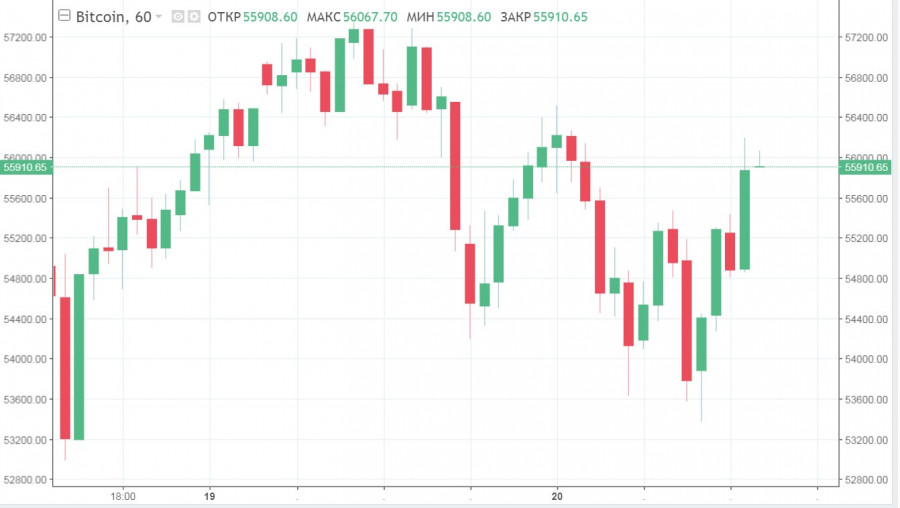 If the cryptocurrency can gain a foothold above $ 56 thousand, then there is all the prerequisites for changing the bearish trend, which the asset has been dominating for several days. Less likely, but no less dangerous, looks like the prospect in which bitcoin will fall to $ 50 thousand and will not be able to gain a foothold at this mark. In this case, the cryptocurrency will face a painful reduction to $ 45 thousand, which will also hit the market as a whole. Another reason for the sharp drop in bitcoin quotes was the surge in bears’ activity on the NYDIG platform, which, against the background of a 14% fall in the price of BTC / USD, began to increase their positions in the market. On April 20, buyers continued to put pressure on the currency to reduce its performance to local minimums. Given the difference in asset value on Coinbase and Binance, we can conclude that the main pressure comes from Asian holders and platforms support this trend.

Also read  Key decisions will be made in July 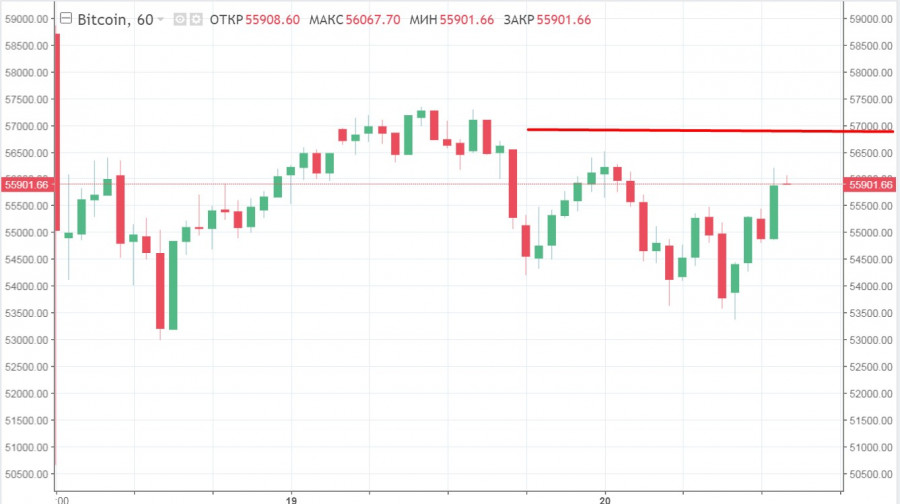 The fashion for the regulation of crypto assets in different countries also adds to the negative. For example, South Korea has stepped up its fight against illegal digital coin transactions. The news about power outages in China does not add optimism. Due to the falling hash rate caused by electricity problems, the average commission on the Bitcoin network has surpassed the $ 60 mark, which is the highest since 2017. All this affected the speed and quality of transactions on the network and also caused a negative reaction among the participants of crypto-exchanges. More pleasant news was announced by representatives of the OKEx platform, where they introduced solutions of the second level of the Lighting Network to increase the speed of transactions and reduce commissions in the Bitcoin network. So far, this announcement pales against the backdrop of more obvious problems with the BTC network in China.

Given the current market situation, institutional sentiment and the news background, we can conclude that Bitcoin is in a transitional stage. In the next few days, the asset may significantly drop in price, up to $ 45 thousand, but at the same time there is every chance to stay in safe positions, above $ 57 thousand. However, the current activity of bears and the systematic pressure on the cryptocurrency indicate a continuation of the downward movement. At the same time, the correction is not intended to change the current market trend, but rather is aimed at its recovery and further development.