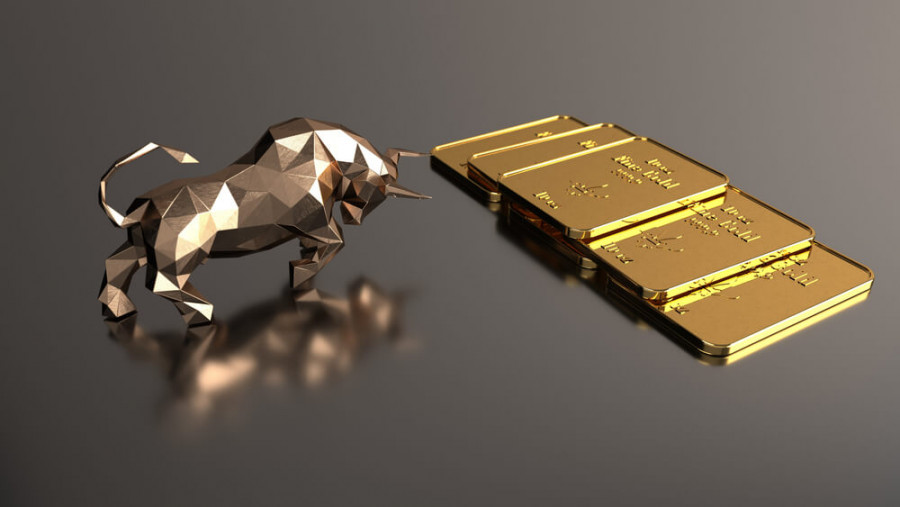 The end of the last working week turned out to be the most successful for gold since the end of 2020. On Friday, the classic asset finished trading with a 2% gain. Such a significant one-day gain helped significantly improve monthly statistics. Since mid-March, the main precious metal has already risen in price by 4% and has a great chance to maintain an upward trend against the backdrop of growing tensions between the two world leaders: the United States and Russia.

We will remind that on Friday Russia imposed sanctions against 8 high-ranking American officials. This was a response to the unfriendly US policy towards 10 Russian diplomats, as well as 16 organizations and as many individuals.

Apart from the geopolitical factor, the market situation continues to influence the price of gold. Last week, the asset was supported by a weakening dollar and a decline in the yield on 10-year US government bonds. Thanks to this, gold for the first time in almost 2 months was able to overcome the threshold of $ 1,780.

– The dollar began to weaken against the backdrop of declining yields on Treasury bonds. It dropped below the psychologically important 1.60% mark, which in turn allowed gold to break out of a narrow price range and break above the 50-day moving average for the first time since early February, said Han Tan, an analyst at FXTM Market.

On Tuesday morning, the yellow precious metal continues to strengthen again on the decline in the attractiveness of the US currency. Against the background of the weakening dollar, gold is trying to win back the positions it lost yesterday. On Monday, the June futures for precious metals fell 0.5%, or $ 9.6. Thus, the asset ended trading on the New York stock exchange COMEX with a decline to $ 1,770.6. 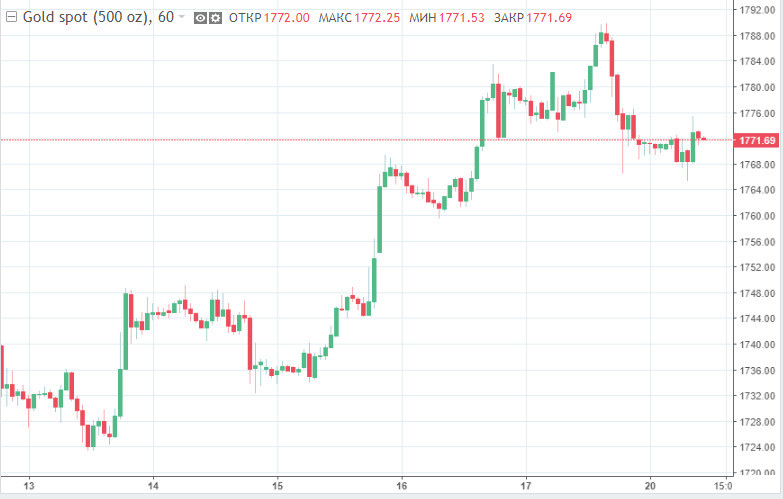 Commodity analysts believe that the upward movement of quotations is also provoked by the uncertainty surrounding the situation with the coronavirus. Supportive factors for gold, which has traditionally been considered a safe asset, are currently the rapid increase in the incidence of COVID-19 in Japan and India, as well as problems in the implementation of vaccinations in several countries.

For example, the precious metals market is now waiting for a decision to be made by the US authorities regarding the Johnson & Johnson vaccine. Recall that last week, the US health authorities recommended to suspend the use of the drug, fearing blood clots in patients.

“Countries that do not have a robust vaccine rollout plan could have an extremely negative impact on the global economic recovery, which will also play in favor of gold,” TD Securities analyst Bart Melek said in an interview with Kitco News.

The expert is optimistic about further pricing of the yellow precious metal, noting that gold has already passed the 50-day moving average, aiming for the next level.

Charlie Nedoss, a market strategist at LaSalle Futures Group, agrees with his colleague. According to the expert, there are no significant obstacles for gold to overcome the next significant mark of $ 1,800 at this stage:

According to analysts’ forecasts, in the short term, gold may be on the verge of another rally, if, of course, it can overcome key resistance levels. This opinion is shared, for example, by RJO Futures commodity broker Daniel Pavilonis:

– If gold manages to close above $ 1,815 by the end of this week, it has a good chance to come back to its historic highs and enter the age-old bull market.

It is important to note that this week the mood on the precious metals market will be determined by rather calm macroeconomic indicators. For example, the decisions on interest rates to be announced by the European Central Bank and the Bank of Canada, as well as the release of the latest data on applications for unemployment benefits in the United States.