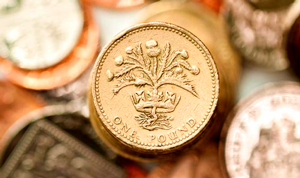 GBP / USD is showing mixed performance on Wednesday, trading around 1.3940.

The British Sterling is strengthening against other major currencies against the backdrop of a reduction in restrictive measures, which suggests a stable recovery of the British economy.

The macroeconomic statistics released today did not support the pound, as the data came out ambiguous. In particular, the March CPI showed a slight increase of 0.3%, but on an annualized basis, the indicator slowed down to 0.7%. The purchase price index in March rose by 1.3%.

The dollar index is growing today, breaking through the key resistance at 91.00. In the United States, protests have begun over the announcement of the verdict of George Floyd, although the majority of the population accepted the verdict with approval, believing that a point in this process would return peace and safety to the streets.

Also read  Bridgewater: the US stock market has become a "very dangerous" place

By daily GBP / USD has broken through the upper border of the inclined channel. The Alligator has straightened up correctly, the awesome oscillator indicator has moved into the positive area.