UK trading floors are closed today: on the first Monday in May, the British traditionally celebrate the May Day. Nevertheless, the pound is showing increased activity today, despite the day off. Together with the dollar, the British showed character and was able to move away from two-week price lows. Let me remind you that last Friday the gbp / usd pair fell to the base of the 38th figure against the background of the general strengthening of the American currency. And today the pair is also growing “thanks” to the greenback: the US dollar index could not hold the conquered positions and again returned to the area of ​​the 90th figure. Such dynamics found its response in all dollar pairs – to one degree or another the greenback was under general pressure.

However, this does not mean at all that the buyers of gbp / usd were able to reverse the situation in the pair – on the contrary, the current growth can be used as an excuse to open short positions – but only when the Briton approaches the borders of the 40th figure.

Over the past three months, the pound has hit the 1.4000 mark at least ten times against the dollar. And only once – at the beginning of February – buyers managed to stay above this target for several days, simultaneously updating the three-year price maximum (1.4240). But less than a week later, the pair returned to its previous positions within the 500-point southern pullback. Since then, the gbp / usd bulls have tried several more times to storm the 40th figure, but each time they were unsuccessful. Last week the pound made another attempt – but this time it did not even approach the boundaries of the impregnable price citadel, having turned 180 degrees at around 1.3975. Therefore, the current price growth should be treated with appropriate caution. 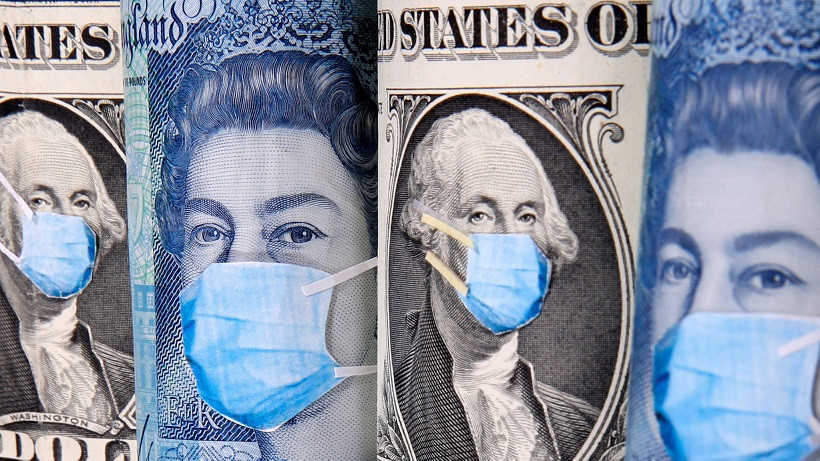 Today the gbp / usd pair is growing for two main reasons. Firstly, after Friday’s growth, the US dollar index is losing ground again, and secondly, the pound is growing amid easing quarantine restrictions in Britain.

So, at the end of last week, the greenback received support from macroeconomic reporting. In particular, the main index of personal consumption spending (one of the most important indicators for the Fed) rose to the level of 0.4% on a monthly basis, the best result since July last year. In annual terms, it accelerated to 1.9%, which is the best result since February 2020. The day before, relatively good data were published on the growth of the American economy in the first quarter of this year: the volume of US GDP increased by 6.4%. Some components of the release showed a spasmodic growth – in particular, consumer spending on durable goods increased immediately by 41% (from the previous value of -1.1%). Almost doubled the forecasted level and the price index of GDP – with the forecast of growth up to 2.6%, it rose to 4.1%. In response to this release, 10-year Treasury yields rose, followed by the US currency.

Today we are seeing the opposite situation: the yield on US government bonds is declining, pulling the greenback behind it. The “dovish” position of the FRS puts the background pressure on the dollar, leveling the success of the American economy. The immediate reason for the dollar bulls depression was the statistics published in the United States today. The ISM manufacturing index, instead of the projected growth to 65 points, slowed down to 60.7 points. In addition, spending in the construction sector came in at + 0.2%, despite more promising forecasts (+ 1.7%). These results have weakened the US currency again.

Given the current fundamental picture, it can be assumed that the gbp / usd pair in the near future (in the next two days) may again test the upper line of the Bollinger Bands indicator on the daily chart (which corresponds to 1.4000). But further growth of the pair is questionable, especially considering the fact that on Thursday (May 6) the next meeting of the Bank of England will take place.

The fact is that the pound may again fall into the trap of inflated expectations of traders. Over the past few weeks, the UK has published quite strong macroeconomic reports that indicate the recovery of the national economy. So, the week before last, we learned the February data on the labor market – even during the strict lockdown, unemployment showed a downward trend. The level of average earnings, on the contrary, is consistently growing. Inflation is showing weak, but still growing (in particular, the main consumer price index has recovered to the level of 1.1%). Traders were also pleased with the data on retail sales in the UK. March indicators came out in the “green zone”, updating the annual maximum.

Also read  US sanctions have not yet frightened foreign investors

Such results could provoke hawkish expectations, especially against the backdrop of weakening coronavirus restrictions. In particular, today the British Foreign Secretary said that at the moment the country is in “the last stage of the fight against coronavirus.” The next planned easing of restrictions in Britain is scheduled for May 17, and by the end of June the country plans to remove all remaining restrictions (except for wearing masks and observing social distancing). At the same time, almost all the members of the British regulator, who spoke during the last month, voiced “dovish” rhetoric. In particular, the representative of the Bank of England Sylvanas Tenreiro said that additional easing may be required this year. At the same time, she was skeptical about the growth of inflation indicators, stressing that at the moment “it is important to distinguish between a steady rise in inflation and temporary volatility.” A similar position was voiced by some other representatives of the British Central Bank. 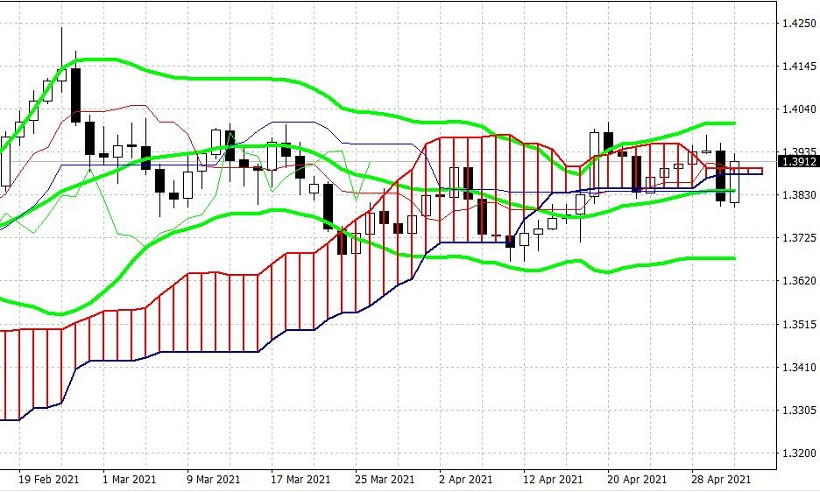 Thus, the current fundamental picture for the gbp / usd pair speaks of the temporary priority of longs – investors’ hawkish expectations may further push the pair upward, to the borders of the 40th figure. Therefore, the main (and so far the only) target of the upward movement is the “round” mark 1.4000, which corresponds to the upper line of the Bollinger Bands indicator on D1.