The pound-dollar pair jumped 150 points today – if at the start of trading the British traded at the base of the 38th figure, at the moment it crossed the upper border of the Kumo cloud at D1, which corresponds to 1.3950. This dynamics is primarily due to the weakness of the American currency: the US dollar index today collapsed to a one and a half month low, emerging at the base of the 91st figure. Dollar pairs react accordingly: to one degree or another, the greenback is under pressure. The gbp / usd pair showed the strongest volatility, as the price grows not only due to the devaluation of the dollar, but also due to the strengthening of the pound. If we look at the main cross-pairs with the participation of the British currency, we will see that the British is strengthening its positions against the euro, and against the yen, and against the franc.

It should be noted that the current week is full of events that are very significant for the pound. We learn data on the labor market, inflation and retail sales. Also in Britain will be published PMI indices in the service and manufacturing sectors. According to preliminary forecasts, all of these releases will reflect the strong recovery in the UK economy after a deep recession. 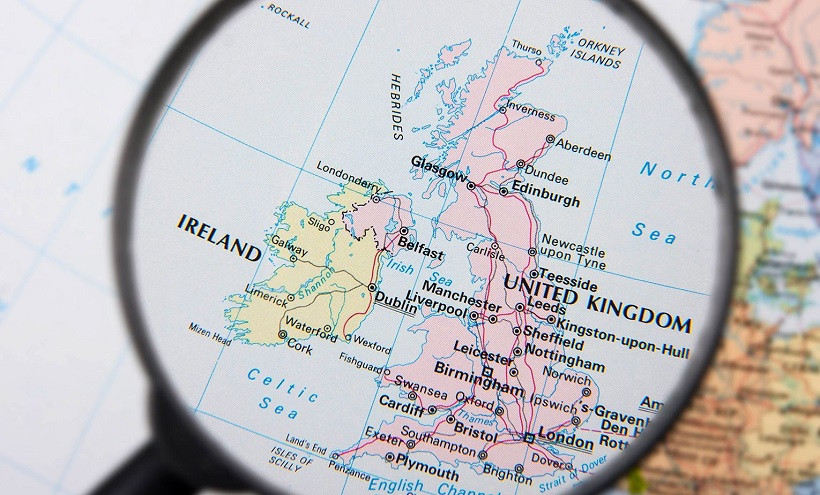 But today’s northern push for gbp / usd is driven by a different fundamental factor. Let me remind you that last week on the streets of Belfast and other cities in Northern Ireland, protests began, the participants of which burned cars, pelted the police with stones and sticks, and also arranged clashes with them. Dissatisfaction with Brexit has become one of the key factors in the exacerbation of the situation. The bone of contention was the Northern Ireland Protocol, which effectively created a customs border between it and the rest of Britain in order to maintain a “transparent” border between the two parts of the island of Ireland. Large-scale clashes took place between loyalist groups (that is, those who stand for the unity of Great Britain), nationalists (supporters of Northern Ireland’s annexation to Ireland) and representatives of the police.

Also read  GBP / USD analysis and forecast from April 28, 2021_GBP / USD: the pair is being rebuilt to decline

After the death of the spouse of Queen Elizabeth II, the protesters announced a “temporary truce” – until the end of the many-day mourning ceremony. The Duke’s funeral took place last Saturday, but street rallies have not resumed – not yesterday, not today. Reinforced police and military patrols patrol Belfast, but the street groups are not “eager to fight.” Most likely, the de-escalation of the situation is explained by the position of Brussels. Over the weekend, the European Union said that “it is possible and necessary to reach an agreement with London on Northern Ireland.” The corresponding statement was made by the vice-president of the profile commission Maros Shevchovich. In his opinion, the European Union and Great Britain will be able “in the near future” to develop mechanisms to protect the market from illegal import of goods and at the same time mitigate problems for citizens and businesses in Northern Ireland. This curtsy on the part of the Europeans was “deservedly” appreciated by both traders and, apparently, opponents of the de facto border between Ireland.

Also read  Plan for the European session on May 7. Commitment of Traders COT reports (analysis of yesterday's deals). Bank of England decision

The pound also appreciates in anticipation of key macroeconomic releases. So, tomorrow – April 20 – we will find out the data in the labor market. According to preliminary forecasts, the unemployment rate in Britain will drop to 4.9% (according to other estimates, it will remain at 5%). The growth rate in the number of applications for unemployment benefits should increase by 24 thousand. On the one hand, this is a negative result, but on the other hand, in January this indicator jumped to 86 thousand (that is, a positive trend will be recorded). The level of average earnings should also demonstrate positive dynamics, having risen to 4.9% (including premiums) and to 4.3% (excluding them). And here it is necessary to take into account that British data on the labor market are somewhat belated – for example, in February, many quarantine restrictions were in force, which are not in effect today (since April 12, open terraces of pubs have been opened in Britain, as well as hairdressers, fitness clubs, etc. etc.). Therefore, the very fact of strengthening the labor market in the context of a lockdown (even if the growth is minimal) will support the British currency.

Meanwhile, the dollar is depreciating amid general skepticism about the Fed’s monetary tightening in the foreseeable future. The members of the Federal Reserve “convinced” the market that the abrupt growth of key macroeconomic indicators in the United States (primarily inflation) will be temporary – in their opinion, by the end of this year, the upward momentum will begin to fade. Last week, Jerome Powell once again announced that the regulator would allow the economy to “overheat” and would not resort to retaliatory measures. His colleague, Christopher Waller, in turn, added that the Fed members would “only welcome” the excess of the two percent inflation rate, but at the same time they would not allow inflation to accelerate to the three percent level. Similar rhetoric was voiced by other representatives of the Federal Reserve. In other words, the regulator has clearly outlined its position: the Central Bank does not intend to curtail QE and (even more so) raise the interest rate, despite the growth of key macroeconomic indicators. Point. This fact puts background pressure on the greenback, which has only been increasing lately.

Also read  How the Bank of England decision could affect the direction of the British pound?

Technically, the pair is heading towards a strong resistance level of 1.4050 (upper line of the Bollinger Bands indicator on the weekly chart). In this price area, the northern momentum may subside – in this case, it is advisable to play on the southern correction to the upper border of the Kumo cloud on the daily chart (1.3950 mark). In the short term, the longs are a priority: the northern impulse is strong enough, and the dollar is too vulnerable to organize a counterattack. The target of the upward movement is the above-mentioned level of 1.4050.