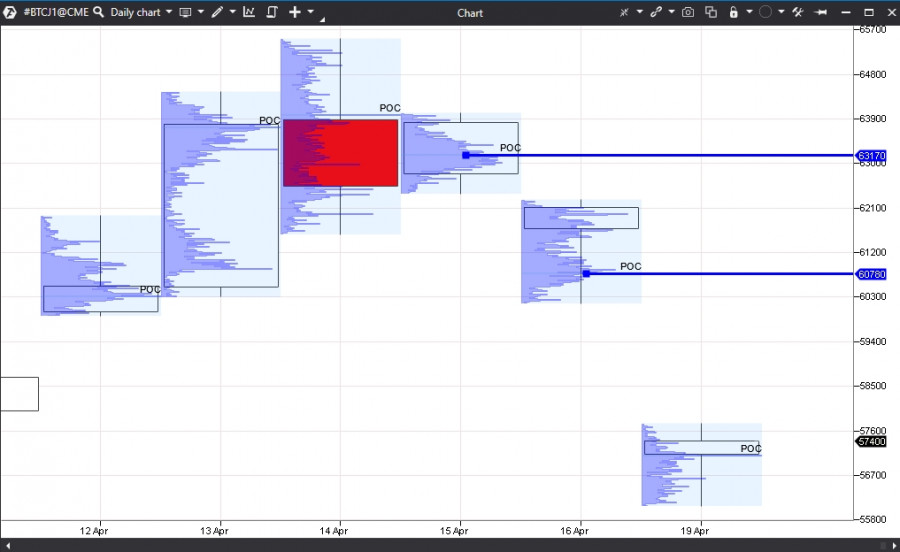 1.How to make money on cryptocurrencies?

2. Analysis of volumes for Bitcoin futures from the Chicago Futures Exchange (CME).

3. Analysis of the trend.

1. How to make money on cryptocurrencies?

– Impulse trading. While the price is in the channel, the position is accumulating. This can be compared to the compression of a spring. But sooner or later, this spring will begin to expand, and a range breakdown will occur. And this breakout can be the impulse, the profit from which the trader can try to get. If the breakout point is correctly determined, then there is a high probability of continued movement in the direction of the breakdown. In such systems, traders can trade using pending orders, trying to enter the movement at the very beginning. The second option is to enter, after retesting the level that has been broken.

Also read  What the ECB decided on 22 April?

These approaches can be a good part of the overall portfolio of trading systems. In order for a trader to trade several systems at the same time, he needs to trade on large H4-D timeframes.

2. Analysis of volumes for Bitcoin futures from the Chicago Futures Exchange (CME).

The market crashed over the weekend. The expected correction may have begun. Daily volatility is huge. Trading during such periods should be extremely careful. Consider the levels of maximum horizontal volumes from the Chicago Futures Exchange. These volumes show the activity of major players.

RUS fell down, the price was below the maximum volume. The market is going down. In such a situation, you can sell in terms of volume analysis.

3. Analysis of the trend.

The second step in the analysis is to check the short, medium and long term trend. It is worth making deals when the direction of all three trends coincides. To analyze the trend, in these forecasts, an exponential moving average is used:

The price dropped significantly below the EMA (48) and EMA (288), the upward movement is broken, the market is in a sideways correction. The long-term trend remains upward for now. Short-term, medium-term and long-term trends do not coincide. Therefore, today you can buy and sell from the point of view of trend analysis.

Closing of the daily candle is down, the candle is black. The low is below the low of the previous candle. Candlestick configuration – Hammer pointing up, large lower shadow. From the point of view of Japanese candlestick analysis, it is worth considering buying.

General conclusion: 04/19/21 – it is possible to buy and sell bitcoin for the short term, since different types of analysis give different predictions. 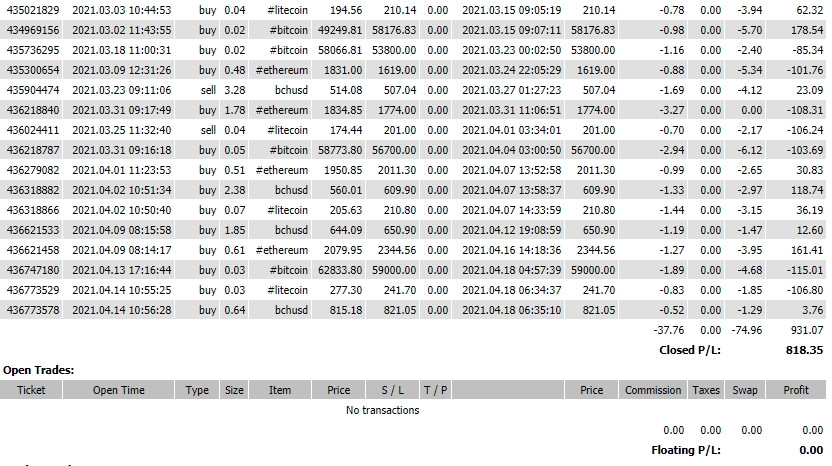 I don’t open new deals, there is uncertainty in the market.

The risk per trade is not more than 1%, this approach is conservative. Stop loss for this system is set behind the minimum or maximum of the signal day, depending on the direction of the deal. Profit is given the opportunity to grow without restrictions, since I do not set take profit. I accompany the trade by moving the stop loss beyond the extremes of new days.

Since trading is carried out on daily charts, this recommendation is relevant throughout the day.

Trade with the trend and you will be in the black!