In the first half of the day, we did not manage to wait for the formation of a good signal to open long positions from the level of 1.2034. Let’s take a look at the 5-minute chart and talk about what happened: good data on activity in the manufacturing and services sectors of the eurozone countries allowed euro buyers to regain control of the market. It can be seen how the bulls are breaking above 1.2034, but the reverse test of this area did not take place, so I was forced to skip this movement. Now the emphasis is shifted to the new resistance 1.2069, from which we will build on. 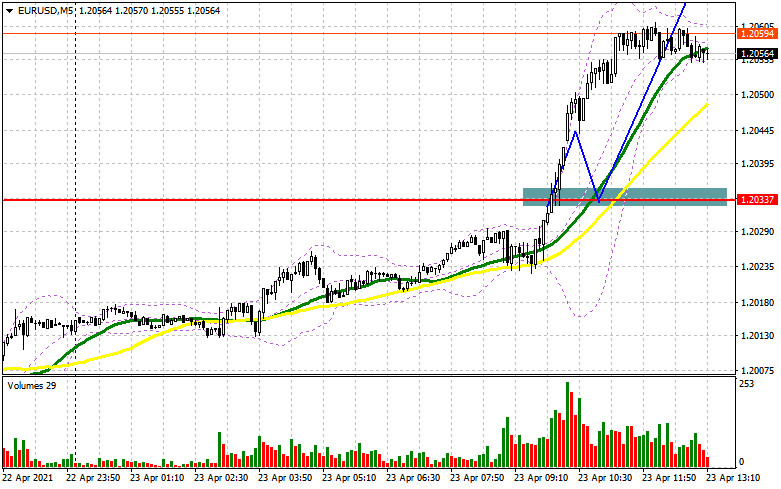 Only a breakout and consolidation above the level of 1.2069, with a reverse test of it from top to bottom, generates a signal to open new long positions in the expectation of a continuation of the upward trend already in the resistance area of ​​1.2133, where I recommend taking profits. The next target will be the maximum of 1.2180, but everything will depend on the data on the US economy, which are also expected to be quite good, which may support the dollar already. If during the American trading the pressure on the euro returns and the pair drops to the support of 1.2034, long positions can be opened only if a false breakout is formed in this range, which forms a good buy entry point with the main goal of returning to the level of 1.2069. In the scenario of the absence of bulls’ activity in the area of ​​1.2034, I recommend postponing long positions until the minimum of 1.1996 is renewed, from where you can buy the euro immediately on a rebound with the aim of an upward correction of 20-25 points within the day. The next big support is seen around 1.1944.

Sellers failed to cope with the tasks and missed the level of 1.2034, which they will aim to return in the afternoon. However, while their main task is to protect the resistance 1.2069. Only the formation of a false breakout there will lead to the formation of a good entry point to short positions in the expectation of a decline in EUR / USD to support 1.2034. In the scenario of the absence of sellers’ activity in the area of ​​1.2069: it is best to postpone selling until a new local maximum in the area of ​​1.2133 is updated, counting on a downward correction of 20-25 points within the day. An equally important task for sellers will be to return to the control of the level of 1.2034, a test of which from the bottom up on the volume will lead to the formation of a good signal to open short positions in the expectation of a fall in the pair to the lower border of the 1.1996 sideways channel. A breakthrough of this level will open a direct path to a further target in the 1.1944 area, where I recommend taking profits. Updating this level will lead to a complete reversal of the bull market seen earlier this week.

GBP / USD: plan for the American session on April 23 (analysis of morning deals). The pound recovered in the morning, but did not reach the resistance test of 1.3892 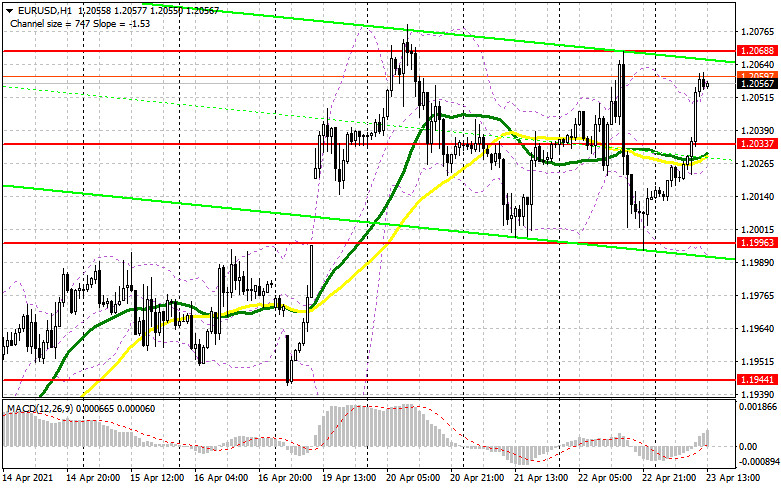 Let me remind you that in the COT report (Commitment of Traders) for April 13, the indicators of long and short positions have undergone a number of changes – both short and long positions have decreased, which indicates a more cautious approach of traders to the market. It is important that long positions, although they continued to decline, but at a slower pace, which may signal the end of the bear market. Last week was full of not very good fundamental statistics for the euro area, which turned out to be either worse than economists’ forecasts, or coincided with them, which limited the upward potential of the pair. However, talk that the European Central Bank is beginning to think about curtailing the bond buyback program already in the 3rd quarter of this year makes investors look closely at risky assets, which will favorably affect the position of the European currency in the near future. The news that the vaccination program carried out in the EU countries is beginning to yield results makes it possible to count on the lifting of restrictions and a more active recovery of the eurozone services sector, which will inspire hope for an improved economic outlook and return the EUR / USD to an upward trend. The COT report indicated that long non-commercial positions fell from 192,230 to 190,640, while short non-commercial positions fell from 124,708 to 123,789, indicating short profit taking and a more cautious bears approach. As a result, the total non-commercial net position continued to decline and amounted to 66,851 against 67,522 against a week earlier. But the weekly closing price rose significantly to 1.1911 against 1.1816 against last week.

Also read  Analysis of EUR / USD. April 28. Markets froze in anticipation of the results of the Fed meeting 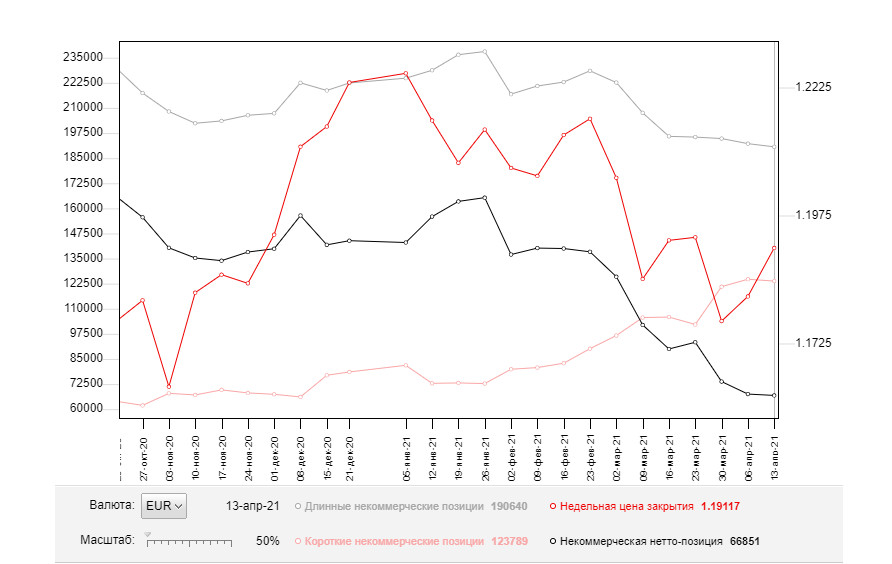 Trading is carried out just above the 30 and 50 day moving averages, which indicates an attempt by the bulls to return to the market.

A breakout of the lower border of the indicator in the area of ​​1.1996 will lead to a fall in the euro.