The euro-dollar pair cannot determine the vector of its movement. The price demonstrates a fairly high intraday volatility, but at the same time it does not leave the area of ​​the 20th figure. Swinging in the 70-point range, buyers and sellers alternately push off the boundaries of the price band. This kind of “ping-pong” reflects the contradictory fundamental picture that has developed for the eur / usd pair.

Indeed, the euro and the dollar have their “trump cards” of a fundamental nature, so the indecision of traders is quite justified. In the medium term, the pendulum will swing in one direction, but so far there is a positional struggle. And if yesterday the bullish sentiments prevailed in the pair, today the bears took the initiative. However, sellers also could not go below 1.2000, while this is a prerequisite for the development of the southern trend. 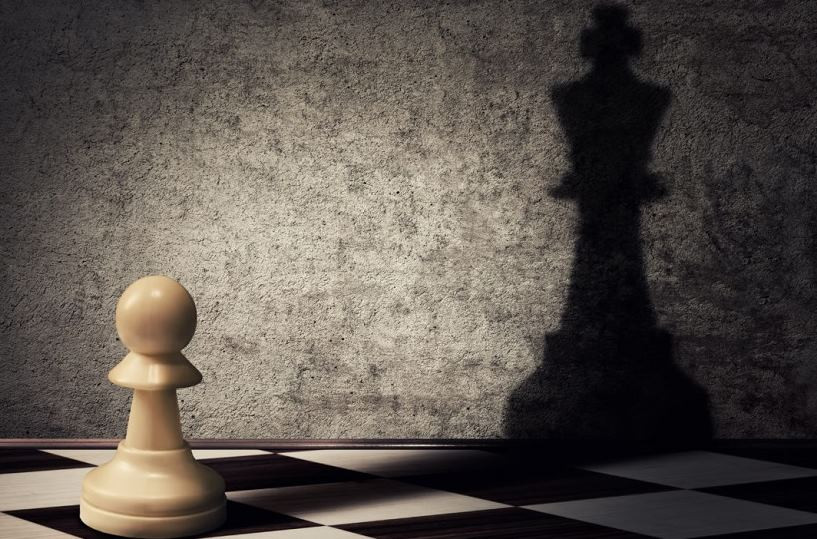 In Europe, the information agenda revolves around two issues: firstly, it is the implementation of the European recovery plan, and secondly, the implementation of a campaign to vaccinate the population against coronavirus. The first payments from the EU Fund are expected in the coming months (although the main European funding will come in 2023), and this fact allows entrepreneurs to remain optimistic about the prospects for the recovery of the eurozone economy. This is evidenced by the latest release of data on the growth of PMI indices in key EU countries. It turned out that, despite strict quarantine restrictions, European merchants “do not give up” – even in the provision of services, although this sector of the economy is the most vulnerable during lockdowns.

Last week, the key EU countries at the level of their parliaments approved the developed plans to overcome the consequences of the pandemic. For example, in Italy, the approved 222 billion plan provides for large-scale investments in the modernization of the country’s economy, in particular, the tourism industry, which accounts for 13% of GDP. The strategy has already been approved in both chambers of the Italian parliament and sent to Brussels for approval. In turn, Paris called its plan “Restarting France”. Emmanuel Macron announced that his country is counting on European aid in the amount of 41 billion euros. Belgium should receive almost 6 billion euros from the EU. According to representatives of the Belgian government, the lion’s share of the funds will go to infrastructure, including transport, energy and construction. Germany, Spain, Greece and other countries of the European Union have also presented their ambitious plans to restore their national economies.

The start of the implementation of the plan for the recovery of the European economy took place against the background of the weakening of quarantine restrictions in the EU countries and a decrease in the incidence of coronavirus. Shops are opening in Austria, schools in France, and even the first bullfight was held in Spain. The World Health Organization acknowledged that the coronavirus pandemic in Europe has declined, while the rate of vaccination of the population is gaining momentum. To date, more than 20% of adults in Europe have received at least their first dose of COVID vaccine.

In this context, the words of ECB Vice President Luis de Guindos about the possible winding down of QE, said yesterday, sound differently. According to him, when Brussels’ ambitious plan to vaccinate 70% of the adult population is implemented, the Central Bank will begin to think about “rolling back monetary incentives.” Given the increasing pace of vaccination, this issue may be on the agenda by the end of this year. Against the backdrop of such prospects, the euro is keeping afloat, holding back the onslaught of dollar bulls.

The dollar, in turn, received indirect support from the White House. To be more precise, we are talking about an insider from the influential publication The New York Times. According to journalists, US President Joe Biden plans to sign a decree in the near future to raise the minimum wage for federal contractors to $ 15 per hour. At the moment, the rate is at the level of 11 (10.95) dollars per hour. In addition, the greenback received support from macroeconomic reports. In particular, one of the most important indicators for the Fed – the main index of personal consumption expenditure – updated an almost annual high. A little earlier, relatively good data on the growth of the US economy in the first quarter of this year was published – some components showed spasmodic growth. In April, let me remind you, strong Nonpharmies and a good report on the growth of the consumer price index were published.

However, despite such rosy figures, the dollar is in rather weak demand – primarily because of the “dovish” position of the FRS. Jerome Powell ruled out the option of early winding down of QE and (all the more) raising the interest rate – even if the key macroeconomic indicators indicate the “overheating” of the economy. This position of the FRS puts background pressure on the US currency. 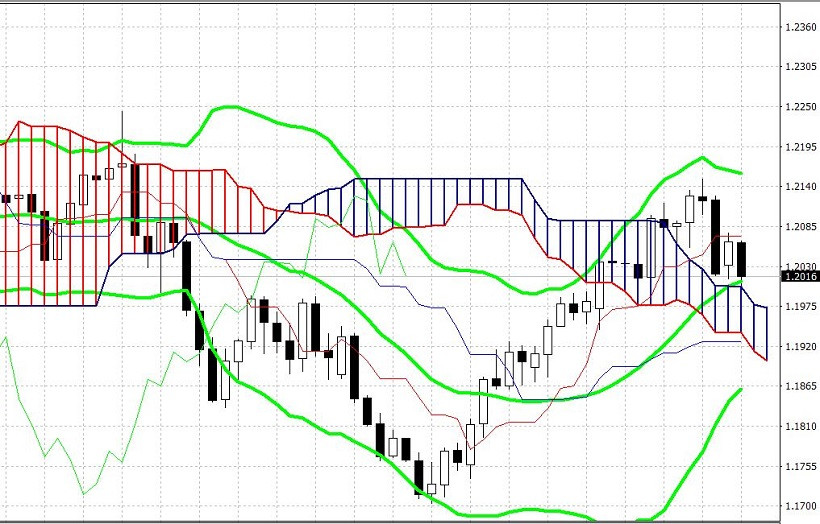 At the moment, the pair is heading to the base of the 20th figure, that is, to the lower border of the price range. The support level is located at 1.2000, which is the middle line of the Bollinger Bands indicator, which coincides with the lower border of the Kumo cloud on the daily chart. Short positions are risky at the moment – the southern impulse may fade after the 19th figure. In this case, we can consider longs, counting on the next price pullback to the level of 1.2070 – this is the upper border of the above range, which coincides with the Tenkan-sen line on D1.