The euro and pound are starting to lose ground against the US dollar amid a gradual rise in US Treasury yields, which are recovering amid confidence that the Federal Reserve will maintain flexibility in its approach to monetary policy even as economic growth returns to pre-crisis levels level.

“We will warn you in advance”

As I noted in my forecast this morning, investors will be focusing on US economic data this week, even as the Fed is urging them not to wait for any changes in monetary policy following a two-day meeting ending on Wednesday. 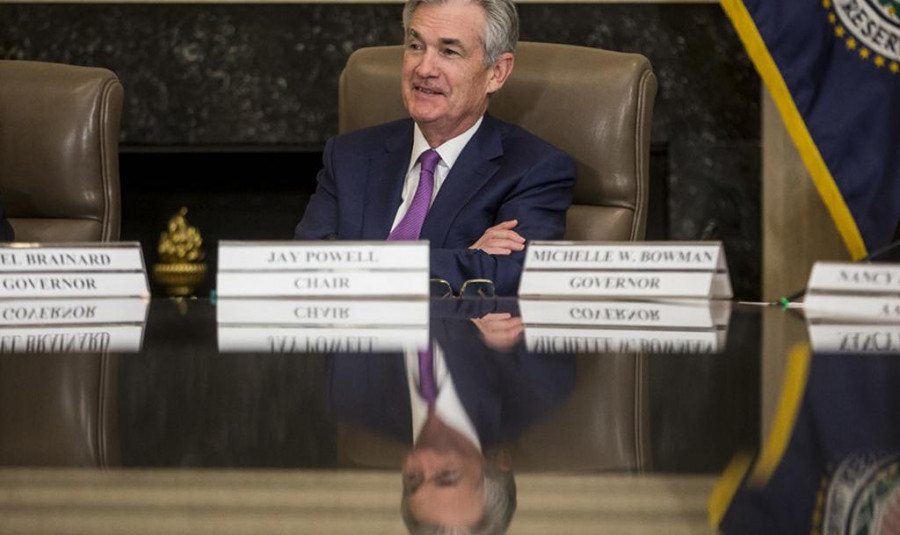 There is one caveat, even if the US regulator leaves interest rates unchanged, as it will – the Federal Reserve is expected to announce that it will begin to cut its monthly asset purchases totaling $ 120 billion by the end of this year. Strong growth in the US economy after Covid-19 could lead to an excessive spike in inflation and overheating of the economy. Therefore, this balance must be monitored very closely. Back in the March review, economists predicted that purchases would remain intact for quite a long time, and the first increase in interest rates could not be expected until 2023 at all. Already on Wednesday, Jerome Powell may change his mind, although he will clearly not be in a hurry with this. 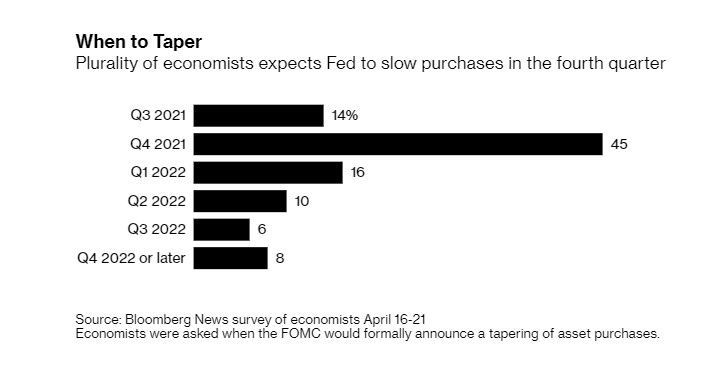 According to the survey, about 45% of economists expect the Federal Open Market Committee to announce a cutback to its bond purchase program in the fourth quarter of 2021, with 14% expecting this to happen in the third quarter. Investors are likely to scrutinize Jarom Powell’s statements during the press conference for hints of a possible cut in stimulus ahead of schedule. Powell has repeatedly stated throughout the year that he will warn the markets well in advance of the planned changes. However, this will only happen when the committee sees that the targets for economic growth, inflation and the labor market are gradually being achieved.

Also read  Oil is growing by leaps and bounds 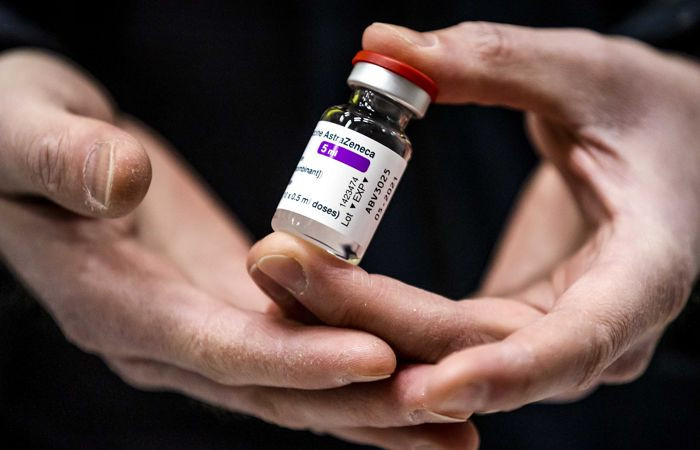 News broke today with a rather disturbing headline that the EU is filing legal action against AstraZeneca. Many might think that we are talking about the vaccine itself, but no – the claim is related to the delay in the supply of the vaccine to the countries of the European Union. The lawsuit alleges violations by pharmaceutical giant AstraZeneca of the terms of a contract for the supply of a vaccine against coronavirus. During the press conference, an EU spokesman said that some of the terms of the contract were not fully complied with as the company was unable to develop a robust strategy to ensure timely delivery of doses.

Meanwhile, the President of the European Commission, Ursula von der Leyen, tweeted: “Vaccination has helped us fight back against the coronavirus. Today, at the start of European Immunization Week, we have given 129 million vaccinations in the EU. We will have enough doses to vaccinate about 70% of the EU adult population by July this year. ”

As for today’s fundamental statistics, the euro has lost a number of positions after the report that business confidence in Germany improved only marginally in April this year, and the data was worse than economists’ forecasts. This is directly related to the coronavirus pandemic and restrictions that were introduced throughout the country in March-April this year. Difficulty with supply is also affecting business sentiment. Ifo said in a report, the business confidence index rose less than expected – to 96.8 points in April from 96.6 points in the previous month, while economists had forecast a jump to 97.8 points. The German economy is expected to have a very bad first half of the year, with a more robust recovery beginning in the third quarter. The index of current conditions amounted to 94.1 points against 93.1 points in March against the forecast of economists at 94.4 points. At the same time, the expectations indicator dropped to 99.5 points from 100.3 points a month ago. Economists had forecast growth to 101.3 points.

As for the technical picture EURUSD, then it has not changed much after buyers’ unsuccessful attempt to continue the upward trend of the trading instrument. It is very important for the bulls to protect the support at 1.2090, as quite a lot will depend on it. If Monday closes below this level, the market can be expected to return to the bears’ control, which will certainly increase the pressure on risky assets, which will push EURUSD into the area of ​​the middle of last week’s side channel at 1.2050. Below is the level at the base of the 20th figure, a breakout of which can quickly put an end to the bull market. If the buyers manage to defend the support at 1.2090, then the emphasis will already be shifted to the data on the US economy – the reaction to which is rather difficult to predict. The breakout of the resistance at 1.2140 will most likely lead to a new rise in the euro to the 1.2190 and 1.2240 areas.

The British pound made several attempts today to rise from the level of 1.3892, but as a result, the luck turned away from the buyers. The pound strengthened against its major currencies in the European session on Monday, as Bank of England politician Ben Broadbent noted that the UK expects very rapid gains, at least in the second half of the year. And although these statements did not become news to anyone, the pound cheerfully reacted with purchases to an interview in the Telegraph. According to the politician: “The effect of disinflation was much less, as households began to spend much more savings after the lock was lifted.” Thanks to a good coronavirus vaccination program in the UK, more than half of the population has already had at least one vaccination. The country will continue to follow the path of easing isolation measures due to progress in vaccinations, which will spur purchases of the pound.

As for the technical picture of the pair GBPUSD, then a lot will depend on who is still able to pick up the level of 1.3890. If the bulls do catch on this range, I expect the pound to continue to rise to the high of 1.3945 with the prospect of a return to the base of the 40th figure. If the bears manage to close today below 1.3890, the pressure on the pound will significantly increase ahead of the meeting of the Federal Reserve System, which will lead to a larger movement of the trading instrument down to the lows of 1.3835 and 1.3790.