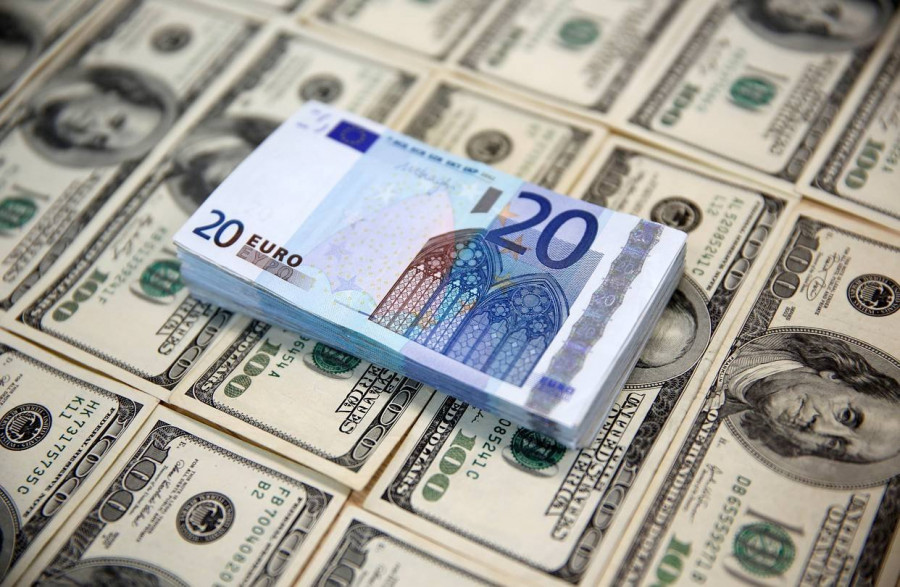 The euro has shown another leap, on
the maximum of the EUR / USD pair reached the level
1.2116. European bulls cannot take new heights
succeeds, the rate has corrected downward.
News stream on the euro at the beginning of the week
was weak. From published data
it is worth highlighting only the publication
German IFO index. All three of him
component in April turned out to be worse
forecasts. In the current economic
conditions, it will be difficult for the EUR / USD pair to keep above the psychologically important
level 1.2000.

In the first
quarter of the eurozone economy, rather
total, will show the recession again, which is technically
means that the block is in recession.
The largest economy in the region is Germany
– likely to decline by 1.5%. In the current
quarter, the situation is unlikely to change
dramatically. Lockdowns continued in April
and judging by the epidemiological situation in the country, they
may extend to May.

Tourist
season in the Old World this year, like
in the past, it will definitely fail. The
the sector makes a tangible contribution to the structure
GDP for many European countries.
The American economy is looking where
more attractive. Investors in this
make sure on Thursday when it will be
published the first estimate of US GDP for
first quarter. An increase of 6.1% is expected.
This will be the second fastest pace
growth since the third quarter of 2003 and
will follow an increase of 4.3% in the fourth
quarter of 2020 and an increase of 33.4% in the third
quarter.

Index
consumer confidence in April
took off to 121.7. It was the most
high level since February last
years, just before the start of the pandemic.

Outstripping
recovery of the American economy
eventually will lead to the fact that the Fed will start
to tightening monetary policy much earlier than the ECB, and
the dollar will experience support. Recall in
March, the European Central Bank significantly
increased the rate of quantitative
mitigation. It should have put pressure on
euro, but instead its rate is again
climbed above 1.2000 against the dollar. Have
there is no foundation for this growth, it has
a purely speculative basis.

An important day
for the EUR / USD pair will become Wednesday. On this day
ECB President Christine is expected to speak
Lagarde. The main focus will be
paid to the press conference of the head of the Fed
Jerome Powell.

FOMC members
must acknowledge the ongoing acceleration
in the economy, but they may not give
further guidance on
conditions that would justify the
quantitative easing. Powell and
his colleagues will continue the mantra about their
desire to sit on the sidelines for a long time.
However, even a slight hint of
what the Fed sees a way out of
quantitative easing may cause
dollar rally.

Traders
will closely monitor
press conference, since the comments
on this topic are important for further
directional movement of the dollar. In that
period of volatility can rise sharply
especially if the decision on the rate will be
differ from the forecast, or
unexpected statements. More hawkish
position will become positive for
“American”, while cautious
will add negativity.

On Wednesday
traders need to be vigilant
because we all know how the media can
quickly create hysteria out of nothing. Here
it’s not just a meeting, in the USA
Joe Biden’s plans begin to be discussed
to raise taxes.

However,
despite all of the above, medium term
the picture on the dollar index is unlikely
will change, the trend remains downtrend.

Allowed
downward correction in EUR / USD, the pair may
lose within 1%. This movement
can be used for building
positions against the dollar. Similar
corrections are possible in other popular
pairs with the dollar.

In more
deep rollback of the euro is hard to believe.
The mid-term downtrend is unlikely to return
trend. Yes, the eurozone economy is much
weaker, but as Europe leaves
crisis America will exhaust its
individuality. Already now the euro
does not look as hopeless as in the first
quarter. Vaccination rates in the EU have improved,
the effect of fiscal support is
mostly for 2021.

Euro succeeded
close the day above 1.2060, this is a good signal
for buyers. If the couple keep
stability, it will be possible to continue
stick to a bullish scenario with a target
1.2200. However, the situation is rather precarious,
given a series of Wednesday events. Dollar can
give a fight to competitors, break down the mark
1.2060 will lead the quote to the weaker ones
marks.