The US dollar index is falling following the 10-year Treasury yield. These indicators have been on the rise for several weeks, reflecting the hawkish expectations of traders. And now, with similar solidarity, they are showing declines, reflecting opposing sentiments among market participants. It should be noted that the dollar index is declining without any concrete reason of a fundamental nature: the macroeconomic calendar is practically empty today. Actually, yesterday the greenback was weakening without any informational impulses. The dollar is diving down by inertia, on the wave of general skepticism about the Fed’s “hawkish” intentions.

The Federal Reserve only adds fuel to the fire. At the beginning of the year, the head of the Fed, Jerome Powell, warned that the regulator would not “reflexively” react to the recovery of key economic indicators. But then Powell was not heard: the dollar strengthened its position against the background of falling unemployment, growing employment, accelerating inflation and consumer activity of Americans. The Fed acknowledged that the US economy is recovering at a faster pace, ahead of earlier forecasts. In this regard, the regulator even revised the December forecast for GDP growth (and quite significantly – from 4.2% to 6.5%). 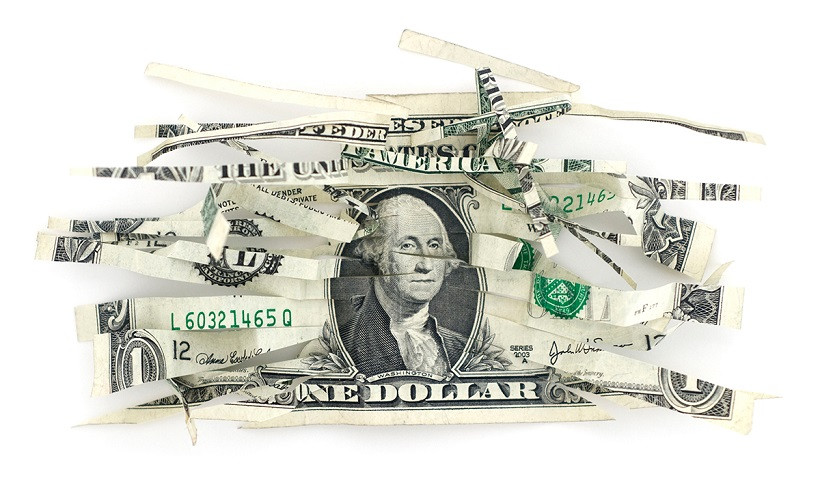 But with all this, the members of the American regulator are still voicing “dovish” rhetoric, insisting on maintaining the ultra-soft parameters of monetary policy. The Fed was able to convince traders that the regulator will adhere to an accommodative policy “against all odds”, that is, despite the V-shaped recovery of the US economy and a spike in inflation – even if it exceeds the target level. In one of his speeches, the head of the FRS noted that the current upward momentum may fade away by the end of this year, while further growth prospects are questionable. So, according to the above-mentioned FRS forecast, in 2021 the American economy will grow by 6.5%, while in 2022 – by 3.2%. And the forecast for US GDP growth for 2023 was completely worsened by the Central Bank – to 2.2%.

If we talk about the approximate timing of the increase in the interest rate, then it is worth recalling the Fed’s point forecast, which was published following the results of the March meeting. So, in March, the number of those who expect a rate increase not earlier than 2023 increased – if in December there were five of them, then at the March meeting – their number increased to seven. After the March meeting, Jerome Powell has repeatedly emphasized (most recently – just last week) that the rate will not be raised earlier than in two years. As for QE, here the members of the regulator are also in solidarity that the incentive program should not be terminated ahead of schedule.

Again, the market ignored the dovish rhetoric of the Fed for several months – until March 31, when Joe Biden presented his ambitious and expensive infrastructure plan. If we look at the daily chart of the dollar index or eur / usd, we will see that the greenback reached its peak on the last day of March. After that, a systematic but consistent rollback began.

Also read  The previous fears may return to the markets very soon, which will allow the USD to avoid a further fall

Rumors about the development of a grandiose economic plan, the volume of which was supposed to be from 3 to 4 trillion dollars, pushed the American currency up for several weeks. But as soon as the rumors became reality, this fundamental factor stopped “working” for the dollar, turning against it. The bill, which involves raising taxes, has faced criticism – not only from the Republicans, but also from some Democrats. As a result, the presidential initiative got bogged down in a swamp of political bargaining.

The White House is currently negotiating with the Republican Party, but, apparently, these negotiations are doomed to failure, although Biden continues to “put a good face on a bad game.” He announced last week that he was pushing for bipartisan support for the law. However, according to the American media, negotiations with the Republicans will end ahead of schedule (according to some sources, this week), after which the White House will have to make concessions to the Democratic congressmen. At the moment, at least 10 senators from the Democratic Party are not ready to support Biden’s bill in the form in which it was presented by the head of state, primarily due to the increase in the corporate tax rate to 28%. At the same time, the Democrats do not have spare votes in the Senate – as they say, “every vote is counted.” If negotiations with the Republicans finally fail, the White House will have to launch and implement the mechanism of “budgetary reconciliation” (by analogy with the procedure for the adoption of the “America’s Rescue Plan” in the amount of $ 1.9 trillion). Only then will the Democrats be able to vote for the infrastructure plan with a simple majority – if, of course, they express a corresponding desire. 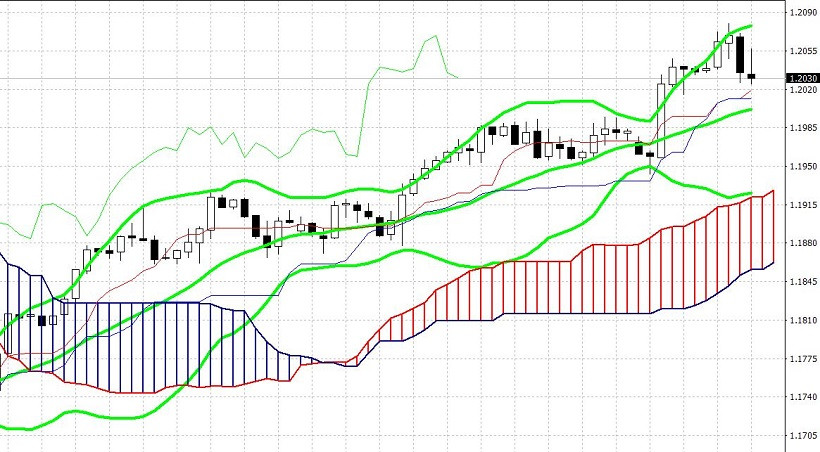 Thus, dollar bulls literally have nothing to catch on – almost all fundamental factors, even of a positive nature (for example, American macroeconomic reports), are either ignored by the market or interpreted against the greenback.

If we talk directly about the eur / usd pair, then it should be noted that the pair suspended its growth after breaking the 1.2000 mark. This is a rather alarming signal, so at the moment it is better not to rush to make purchases, since a corrective rollback is not excluded for the pair. To confirm the strength of the northern impulse, buyers need to break the upper line of the Bollinger Bands indicator on the four-hour chart, which corresponds to 1.2050. In this case, it will be possible to consider long positions towards the next resistance level 1.2100. If buyers do not take the above price barrier, then a southern price pullback to the lower border of the Kumo cloud at D1, which corresponds to 1.1970, is likely.