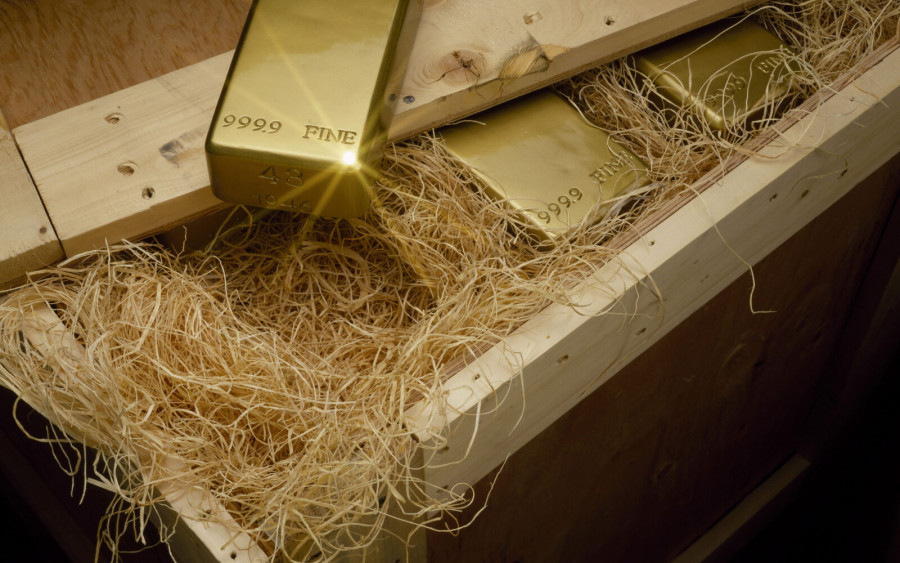 This week the precious metal has already lost 0.4% of its value. The alarming statistics on inflation in the USA, published on Wednesday, put him on his shoulder blades. In April, the country’s consumer price index rose 0.8%, the highest monthly rise in 12 years. Also, a sharp jump was shown by annual inflation in America: by the end of April, the figure increased to a record 4.2% since 2008.

Such data provided a very strong support for the dollar, but at the same time weakened the position of the classic asset. On Wednesday, gold fell 1%. The precious metal could not win back the losses completely the next day, however, it nevertheless came out in positive territory at the end of Thursday’s trading.

Yesterday, June gold futures closed on the New York stock exchange COMEX at $ 1,824. The gain was only 0.1%, or $ 1.20. The main precious metal was slightly supported by the decline in the yield on 10-year Treasury bonds, which fell to 1.66% on Thursday.

In addition, gold bars felt more confident amid the recovery in US exchanges. This week the gold market fell in sync with the key US indices. Simultaneously with them, the metal began to rise from his knees.

So, on Friday morning, the noble asset continued to move up, but still uncertain, like the day before. At the time of writing, June gold futures were trading at $ 1,824.35. Compared to the previous close, yellow bullion gained $ 0.45, or 0.02%. 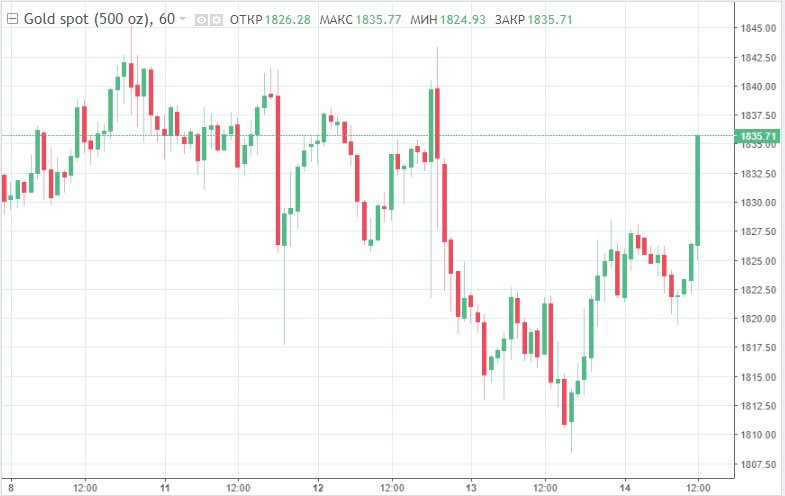 Despite the modest dynamics, commodity analysts believe that soon gold will be able to perk up again and begin to move more intensively. Experts still see inflationary pressure as the main growth driver, although it has crippled the asset this week.

According to Stephen Dunn of Aberdeen Standard Investments, the inflation debate is now holding back the gold market as investors and the US Federal Reserve are unclear about the nature of the looming threat. Despite the fact that inflation is heating up, it is impossible to say for sure whether it will be episodic or protracted.

– I think the Fed will remain as careful as possible, as long as possible. And it will be good for gold, – the expert notes.

However, the precious metal attracts investors’ attention not only as a hedge against inflation. It also remains an important diversifier in the face of heightened volatility in equity markets.

“If the hawkish comments of the US central bank begin to infiltrate the market, we may be able to see significant volatility in the stock market. In this case, real assets such as gold will look very attractive as key diversifiers, says Stephen Dunn.

The analyst believes the yellow precious metal has yet to see better days this year. According to him, the recent breakout of the gold market above $ 1,800 could be the start of a more significant move in the second half of the year, which will push the yellow bars back to $ 2,000.

Dunn’s bullish prediction for the noble asset is based on the assumption that the price will still be able to rise above the 200-day moving average, which is located at about $ 1,850.

“I think that for investors who sold gold in the first quarter, it now makes sense to restore strategic positions in the second half of the year,” the expert says.

Also, Dunn is extremely bullish about silver. He emphasizes that gold will perform well this year, but silver will continue to pull ahead as industrial demand for the gray metal picks up.