The world is full of paradoxes. It’s strange, isn’t it, that the number of people infected with COVID-19 is now much higher than a year ago, and continues to increase, and Brent is trading near $ 70 per barrel, while in April 2020, for the first time in history, fell below zero. The IEA is helping to find the answer, claiming that the fundamentals of the black gold market look clearly stronger than a year ago; reduction of oil reserves in developed countries to close to pre-pandemic levels; as well as a weak dollar.

The increase in the forecast for the growth of global demand in 2021 by the International Energy Agency by 230 thousand bpd to +5.7 million bpd pushed Brent futures quotes out of the trading range of $ 61-65 per barrel, allowing them to soar to their highest level since mid-March. The market is experiencing the strongest backwardation over the past month, which is a bullish factor for the North Sea variety. According to the IEA, oil reserves in developed countries are only 57 million barrels higher than the average for the last 5 years, including 2019. In July, the peak value of reserves was 249 million barrels.

Also read  Forecast and trading signals for GBP / USD for May 7. Detailed analysis of yesterday's recommendations and the movement of the pair during the day. 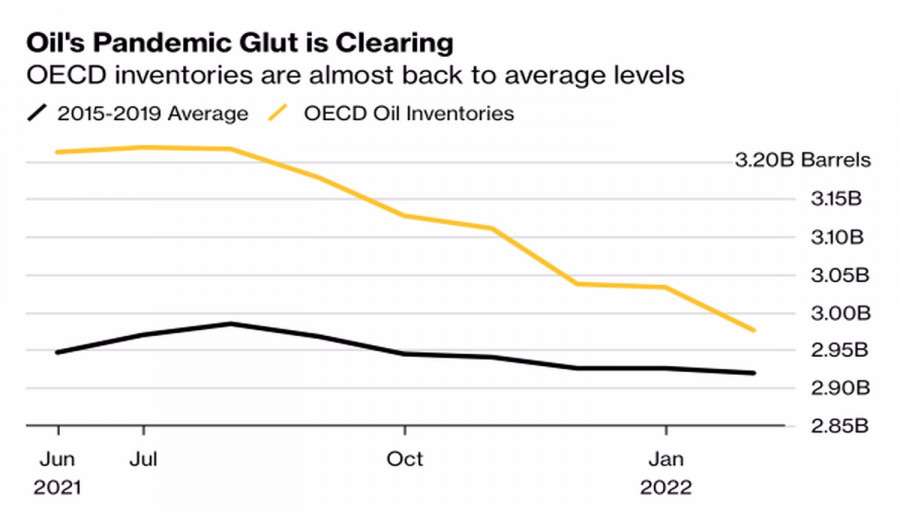 While India, one of the largest consumers of black gold, is experiencing an outbreak of COVID-19 and the number of infections is growing rapidly, forcing refineries to close their operations and negatively impacting demand, in other parts of the world the picture is different. In the United States, about 207.5 million people, or 63% of the population, have received at least one dose of the vaccine. In the EU, this figure is 25%, however, according to estimates by Goldman Sachs, it will rise to 37% by the end of May and to more than 50% by the end of June. Europe is stepping up the pace of the vaccination campaign, while the news that Pfizer will increase its supplies to Stary Svet by 100 million doses has strengthened the euro.

The share of the single European currency in the structure of the USD index is 57%, so the weakening of the US dollar is not surprising. This circumstance can be considered one of the drivers of the rally in Brent and WTI, since both major brands are traded in the US currency. She has lost such a trump card as the rapid rally in Treasury yields, and now she feels ill at ease.

Black gold is supported by news from Libya. After the civil war in 2020, this country managed to increase production from almost zero to 1.25 million b / d in March, which is the highest value in the last 8 years. And now there is a new attack. The National Oil Corporation is cutting exports, complaining about the country’s central bank reluctance to invest in the energy sector.

Technically, on the daily chart, Brent has very clearly worked out the strategy of breaking through the upper border of the consolidation range of $ 61.1-64.9 per barrel, announced in the previous article. The bulls have already taken several steps forward in the direction of the 88.6% target on the Bat pattern, which corresponds to the $ 70.4 mark. I recommend holding the previously formed long positions in the North Sea variety and periodically building them up on pullbacks. 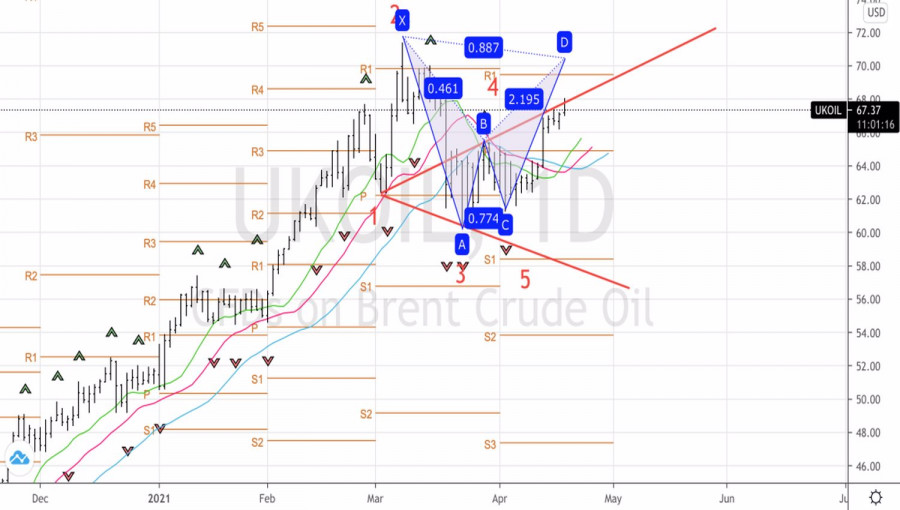