Inflation is becoming one of the main threats facing the world economy on the way to its recovery, and today, on the eve of the announcement of the decision on the key rate of the US Federal Reserve and the speech of Jerome Powell, I would like to draw the attention of readers to this problem, which can become an advantage of such an economy as Russia. The growth of commodity markets, expressed primarily in the growth of food, industrial metals and energy assets, i.e., all those goods that accompany our daily life, can significantly complicate the implementation of soft monetary policy by central banks, which could lead to early termination of programs. stimulating the global economy. This, in turn, can lead to negative consequences for a number of industries that have grown significantly thanks to the operation of the printing press.

At the moment, the key central banks, which act as world emission centers, continue to actively print money. Yesterday at its meeting, the Bank of Japan, having indicated that inflation is below 2%, decided to leave its policy unchanged. Most of this money is absorbed by the stock market, some goes to the cryptocurrency market, and some goes to the commodity market. Moreover, if the growth of the stock market does not bother bankers and, on the contrary, pleases, then the growth of the commodity market can lead to very negative consequences, which the monetary authorities are doing their best to avoid. The fact is that the key task of most central banks is to regulate the level of inflation, and the rise in the cost of goods is a direct path to higher inflation and inflation expectations. 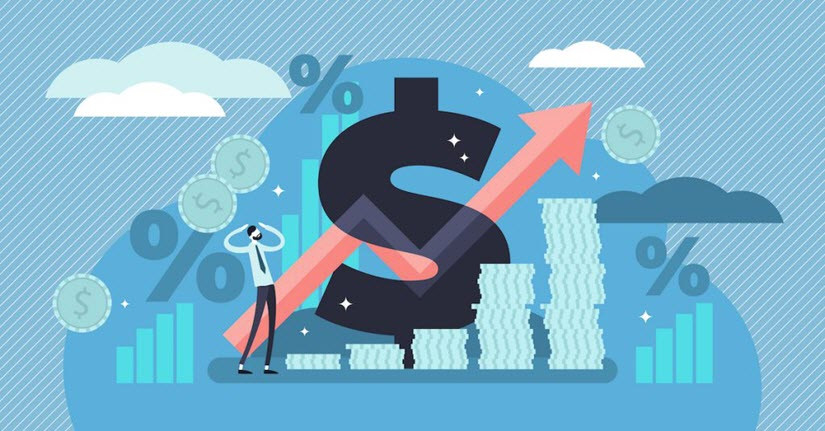 As you probably already know, the US FRS pursues two goals in its policy – it is to maintain the level of employment and inflation at about 2% in the medium term. Moreover, according to the statements of Chairman Jerome Powell and the decisions of the Open Market Committee, employment is currently a priority in the policy of the world’s main central bank. The problem is that if inflation starts to rise sharply, the Open Market Committee will not be able to ignore it and will have to tighten monetary policy sooner than it is planned and declared at the moment.

What this can lead to, we can observe with the example of the Chinese stock market. As soon as the People’s Bank of China announced the normalization of monetary policy, the Shanghai Composite index fell by 10% (Fig. 1). And it cannot begin to grow again, despite the impressive successes of the economy of the Celestial Empire. Moreover, the SSEC index is gradually forming a pattern that is more likely to suggest further decline. 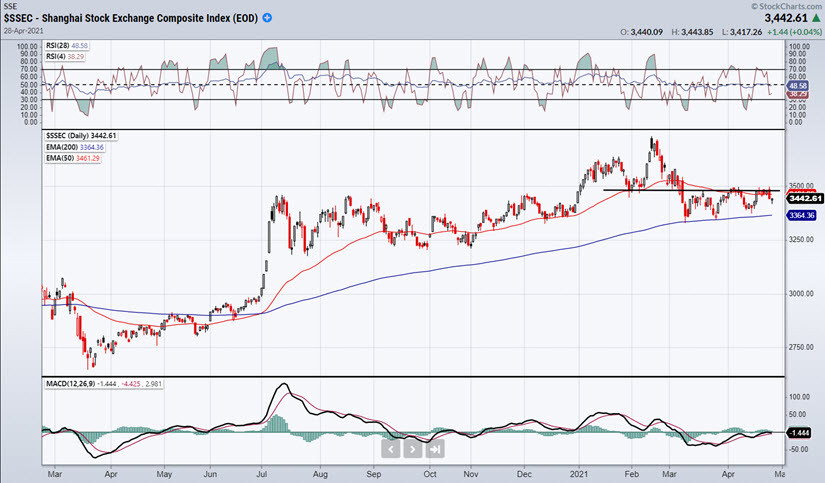 The Federal Reserve System, of course, is trying to manipulate inflation rates, and it has been doing it for a long time and successfully. So, for example, when Janet Yellen was the head of the Central Bank, she changed the indicators of inflation targets, excluding inflation of products and energy carriers from the calculations. Now, as a benchmark, the Central Bank takes into consideration the indicators of the so-called core inflation – Core Inflation, which does not take into account food and energy, and does this instead of consumer inflation calculated as the aggregate index of goods and services.

However, no matter how much you manipulate the numbers, inflation will still come out like hell out of a snuffbox. Last month, the rise in US bond yields, which rose to 1.75% from August to March, made a lot of noise. It was this rise in February and March 2021 that made the main culprit behind the decline in high-tech stocks. In turn, the decline in bond yields from local peaks, on the contrary, restored interest in shares of technology giants (Fig. 2). 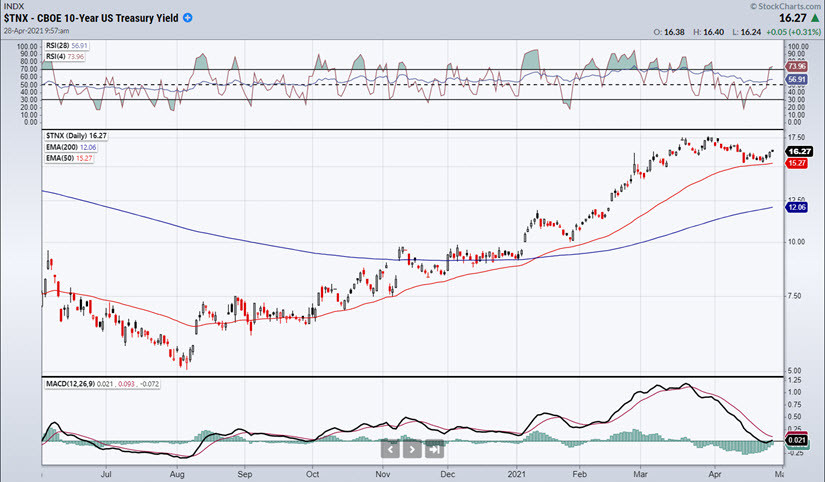 At the same time, inflation has a direct impact on bond yields, as investors begin to demand an additional premium from the Treasury. The problem is that, given the current level of government debt, the United States cannot afford to pay high yield on bonds, and the yield itself is derived from purchases by the US Federal Reserve. A vicious circle is formed: the FRS cannot stop the process of buying bonds, since the federal budget, on the one hand, requires financing the deficit, and on the other hand, inflation requires a tougher policy of the central bank.

As much as the Federal Reserve would like it, it may have to stop before it thinks, and then the system based on the reproduction of the printing press can shake up profoundly. Not without reason from the speech of the head of the Federal Reserve, Jerome Powell, investors are waiting for a clear confirmation that the printing press will continue its work in the future. However, apparently, commodity markets do not want to give the Fed room to maneuver and are going to grow further. 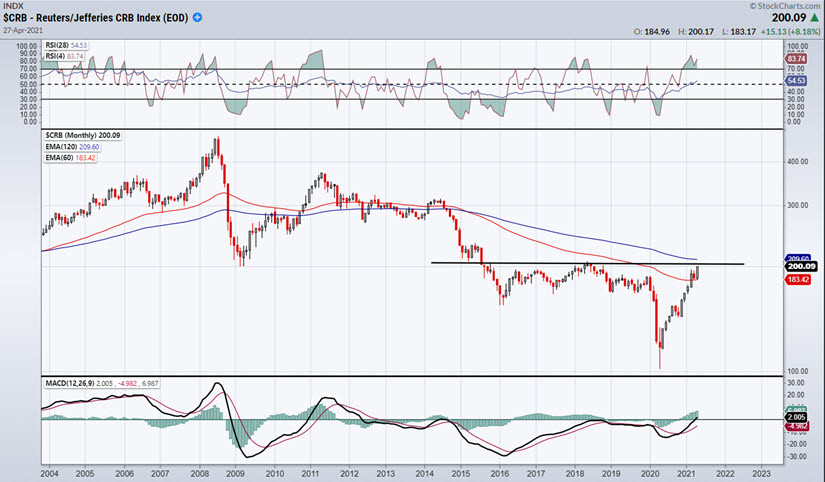 Industrial metals and food are currently growing the most, with energy slightly lagging behind other commodity price groups, in part due to concerns about the spread of COVID-19 infection in India. That is why it was decided at the OPEC + meeting not to increase production, but if commodity prices manage to break the downtrend, events may start to develop like an avalanche.

In the context of the above factors, we can recommend that traders pay attention to CFDs of commodity futures contracts available for trading in InstaForex terminals. Along with the popular precious metals and energy resources, futures for agricultural crops are available in the InstaForex terminal: wheat (ZW), corn (ZC), soybeans (ZS), soybean oil (ZL), as well as coffee (KC), cocoa (CC), sugar (SB), livestock (FC), lumber (LB), cotton (CT) and other futures contracts. In many of them, a stable uptrend has already formed, providing traders with a positive mathematical expectation.

Be careful and careful, follow the rules of money management.