News broke yesterday about where the American president is going to borrow money to cover most of the government’s social spending programs, which are aimed at eliminating inequality among the population. Rumors have surfaced that President Joe Biden will propose to nearly double the capital gains tax rate for wealthy people to 39.6%. Times are tough for those making $ 1 million or more. The new rate, combined with the existing income tax on investment income, means federal tax rates for wealthy investors could be as high as 43.4%, provided the 3.8% rate on investment income is maintained. If, in some unimaginable way, these changes are passed by the US Senate and Congress, the tax on income from investments will be higher than the tax that is taken from citizens employed in the economy. Biden has long pushed the topic of equalizing capital gains tax and income tax rates for wealthy people, saying it’s unfair that many of them pay lower rates than middle-class workers. 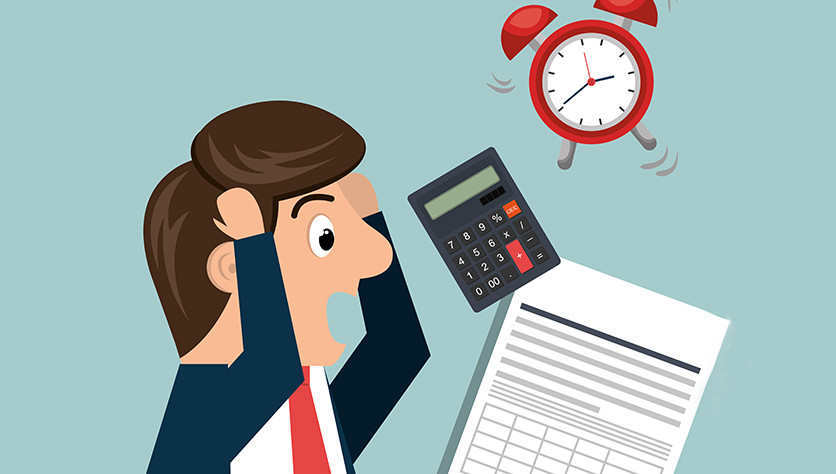 “We’re still working on what the new tax code will look like,” White House spokeswoman Jen Psaki said yesterday. there is no specificity on this issue. Biden is expected to release his proposals next week.

As for other tax changes, it is expected:

Cancellation of tax incentives for a number of companies with various forms of ownership.

An increase in the income tax rate for individuals earning more than USD 400,000.

It is worth recalling that the new American Jobs Plan, as the President of the United States called it, is an eight-year program that includes $ 620 billion in infrastructure and transportation investments, $ 580 billion in manufacturing and $ 180 billion dollars for the largest non-defense industry R&D program in history. An additional $ 400 billion will go towards caring for the elderly and disabled. The White House has also already unveiled plans to raise corporate taxes, which go to fund Biden’s $ 2.25 trillion plans.

All of this is, of course, opposed by Republicans, who insist on maintaining the 2017 tax breaks imposed by former President Donald Trump. “Imposing high tax rates will reduce investment and cause unemployment,” said Chuck Grassley, the chief Republican on the Senate finance committee and former chairman of that committee.

It is worth noting that so far, everything that Biden planned has been implemented. What will happen with the new plan for the amount of 2.25 trillion dollars – we will find out very soon.

Regarding the topic of fundamental statistics on the United States, it is worth mentioning yesterday’s report from the Department of Labor, which said that, after a sharp decline in the number of initial claims for unemployment benefits in the United States in the previous week, a similar situation was recorded in the last reporting week ended April 17. Thus, the number of new applications increased to 547,000, which is 39,000 less than the revised level of the previous week. The continued decline came as a surprise to economists, who predicted that the number of jobless claims would rise to 617,000. The labor market recovery is expected to continue further, and analysts predict at least 6 million jobs will be created this afternoon. jobs, however, this will still prevent the employment rate from returning to its pre-COVID-19 minimum. The less volatile four-week moving average also fell to an annual low of 651,000.

Data from the National Association of Realtors did not put significant pressure on the US dollar, although it did point to another sharp drop in US secondary home sales in March this year. Secondary home sales fell 3.7% to 6.01 million year-on-year in March, after falling 6.3% in February, according to the report. Economists had expected home sales to fall just 0.5% to 6.19 million. And although home sales in the secondary market fell to their lowest level since August, they still grew by 12.3% compared to the same year. As the economy recovers, consumers continue to face much higher house prices, rising mortgage rates and declining availability of credit, which is reflected in the above indicator.

Yesterday’s report from the Conference Board showed that the index of leading US economic indicators in March this year rose much more than expected. The Conference Board said the index jumped 1.3% in March, while economists had expected the index to rise 0.6%. The growth is directly related to the acceleration of the vaccination campaign, the gradual lifting of quarantine restrictions, as well as current and expected financial stimulus measures from the government.

Today it is necessary to pay attention to the data of the survey of managers on the PMI indices of the eurozone countries. Economists expect the eurozone composite index to decline, as well as its individual indicators for the services and manufacturing sectors.

Special attention should be paid to the speech of the President of the European Central Bank Christine Lagarde, scheduled for today. Most likely, it will repeat all yesterday’s theses, which will instill even greater pessimism in traders who are betting on further strengthening of the euro in the short term.

Let me remind you that after yesterday’s meeting during a press conference, the President of the European Central Bank said that she and her colleagues did not discuss the gradual abandonment of the emergency purchase of bonds, although she sees signs of economic recovery. Lagarde said that the medium-term risks to the economy are balanced, but she opposes any suggestions for a reduction in stimulus measures, as she considers this idea premature.

“Incoming economic reports, polls and indicator data suggest that economic activity may have slowed again in the first quarter of this year, but indicate a resumption of growth in the second quarter,” Lagarde said.

As for the technical picture of the pair EURUSD, then the bulls need to concentrate on the return of the resistance control code 1.2035. Only after that can we count on a more active recovery of the pair to the area of ​​the maximum of 1.2075. If buyers of risky assets do not show activity around 1.2035, the pressure on the pair is likely to return. In this case, the level 1.1995 will be the determining factor for the further direction. Its breakout will quickly push the trading instrument to the 1.1945 and 1.1880 lows.