The US dollar has depreciated for the third week in a row. On March 31, the greenback updated the price high of the year and began to systematically, but consistently decline, despite (and despite) strong macroeconomic reports, a large-scale campaign to vaccinate Americans and fiscal stimulus. The dollar is falling against the background of the implementation of the 1.9-trillion “America’s Rescue Plan” and the discussion of a new economic plan, the volume of which should amount to $ 2 trillion 300 billion. Such a rosy, at first glance, fundamental picture is clouded by the position of the Federal Reserve: the regulator ruled out the option of early winding down of QE and raising the interest rate before 2023. Therefore, all of the above fundamental factors simply “do not work”, while the uncertainty over the adoption of the two-trillion infrastructure plan puts pressure on the greenback. 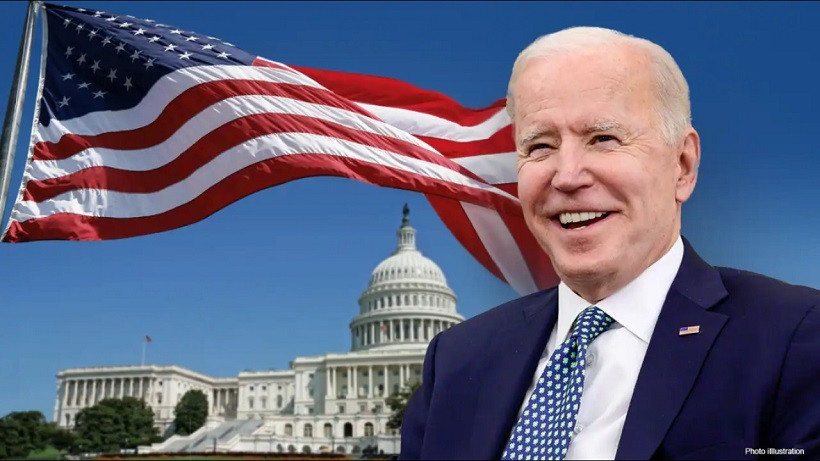 The euro, in turn, received support after the release of data on the growth of PMI indices in key EU countries. It turned out that despite strict quarantine restrictions and weak vaccination rates, European entrepreneurs remain optimistic – even in the provision of services, although this sector of the economy is the most vulnerable during lockdowns. That is why the single currency shot up on Friday across the entire market, including in tandem with the dollar (greenback, in turn, declined amid Joe Biden’s new tax initiatives, which we will discuss below).

Friday’s macroeconomic reports helped the euro recover after the decline following the last ECB meeting. On the one hand, the April meeting was a “walk-through”: the regulator retained the status quo, but at the same time did not justify the “hawkish” hopes of some investors. During her press conference, the head of the Central Bank Christine Lagarde said that the timing of the completion of the stimulus program “has not yet been determined,” while the decisiveness of the ECB in this regard “will largely depend on the incoming data.” Therefore, when the strong PMI data hit the market the day after the meeting, the euro began to enjoy increased demand. On Monday, the eur / usd pair is moving out of inertia on Friday: the price has nevertheless overcome the intermediate resistance level 1.2100 and is currently moving towards the resistance level 1.2150 – this is the upper Bollinger Bands line on the daily chart.

This week’s economic calendar is eventful. There are several main ones among them. So, today the German indicator of the conditions of the business environment from IFO will be published. According to preliminary forecasts, the indicator will continue its upward movement (for the third month in a row), thereby repeating the trajectory of the PMI indices. If the expected figures coincide with the real, then the euro will receive additional support for its further growth.

On Tuesday, April 27, the American consumer confidence indicator will be published. In March, a spasmodic growth was recorded: the indicator increased from 90.4 to 109.7 points. An upward trend is also expected in April – according to experts, it will grow to 112 points. In this case, the indicator will update the annual maximum. But, given the “restraint” of dollar bulls, one should not expect any increased volatility in favor of the dollar.

The most important day of the week for the dollar is Wednesday, April 28th. And not only because on this day the results of the April meeting of the FRS will be announced. Joe Biden is expected to speak to the US Congress on Wednesday. It is worth recalling here that last week in the American media there was information that the head of the White House intends to initiate an increase in the tax rate on capital gains for wealthy citizens almost twice – to 39.6% (at the moment, the tax rate for Americans with annual income of one million dollars or more is 20%). At the same time, do not forget that in the United States, in parallel, there is an income tax on investment income – that is, in total, federal tax rates for wealthy investors can reach almost 44 percent. A White House spokesman declined to comment on the aforementioned rumors, saying that the president would indicate his intentions during a scheduled speech to congressmen. This event can provoke increased volatility, and not in favor of the dollar. According to a number of experts, the announced plans to raise taxes could significantly increase resistance both from the Republican congressmen (in full) and from some Democratic congressmen regarding the approval of the White House infrastructure plan, within which it is proposed to increase the corporate tax rate – up to 28%.

As for the April Fed meeting, analysts do not expect anything supernatural here. Most likely, Jerome Powell will repeat the theses that he has repeatedly voiced earlier. The essence of his position boils down to the fact that the regulator will ignore a possible spasmodic rise in inflation (and other macro indicators) in the second half of this year, without worrying about “overheating” of the economy. According to the general expectation of the market, the FRS will announce the curtailment of QE not earlier than the summer of 2022, but one should not expect any time benchmarks from the regulator at the moment. Therefore, the results of the April meeting may put background pressure on the greenback, but given the fact that on the same day Biden will be “frank” with congressmen, all attention will be focused on the news from Capitol Hill.

On Thursday, April 29, preliminary data on the growth of the US economy in the first quarter will be published. According to preliminary forecasts, the US GDP will increase by 6.5%. This is a very good result, which will indicate the recovery of the American economy. The GDP price index should also demonstrate positive dynamics, being at around 2.5%. However, this release may have a short-term impact on the dollar, especially if the Fed confirms its “dovish” position on the eve.

The same can be said about the impact of another important indicator, which will be published on Friday, April 30th. We are talking about the main index of personal consumption expenditure (Core PCE Price Index), which measures the core level of spending and indirectly affects the dynamics of inflation in the United States. It is believed that this indicator is monitored by members of the regulator “with particular bias”. According to forecasts, the index will demonstrate positive dynamics – in monthly terms it should rise to 0.3% (after a two-month decline), in annual terms – to rise to 1.8% (maximum since February last year). This release may have a significant, but short-term impact on the position of the greenback. 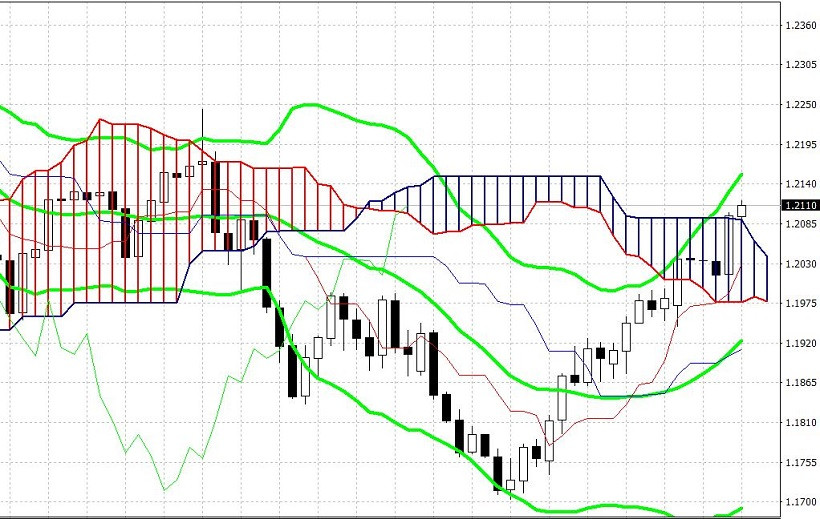 Technically, the eur / usd pair on the daily chart exited the Kumo cloud, being above all the lines of the Ichimoku indicator (which formed the bullish “Parade of Lines” signal). Also, the price is between the middle and upper lines of the Bollinger Bands indicator. All this speaks about the priority of the northern scenario. The first, and so far the main target of the upward movement is the level of 1.2150, which corresponds to the upper line of the Bollinger Bands indicator on D1.