The EURCHF currency pair has been in a downtrend for 4 months. 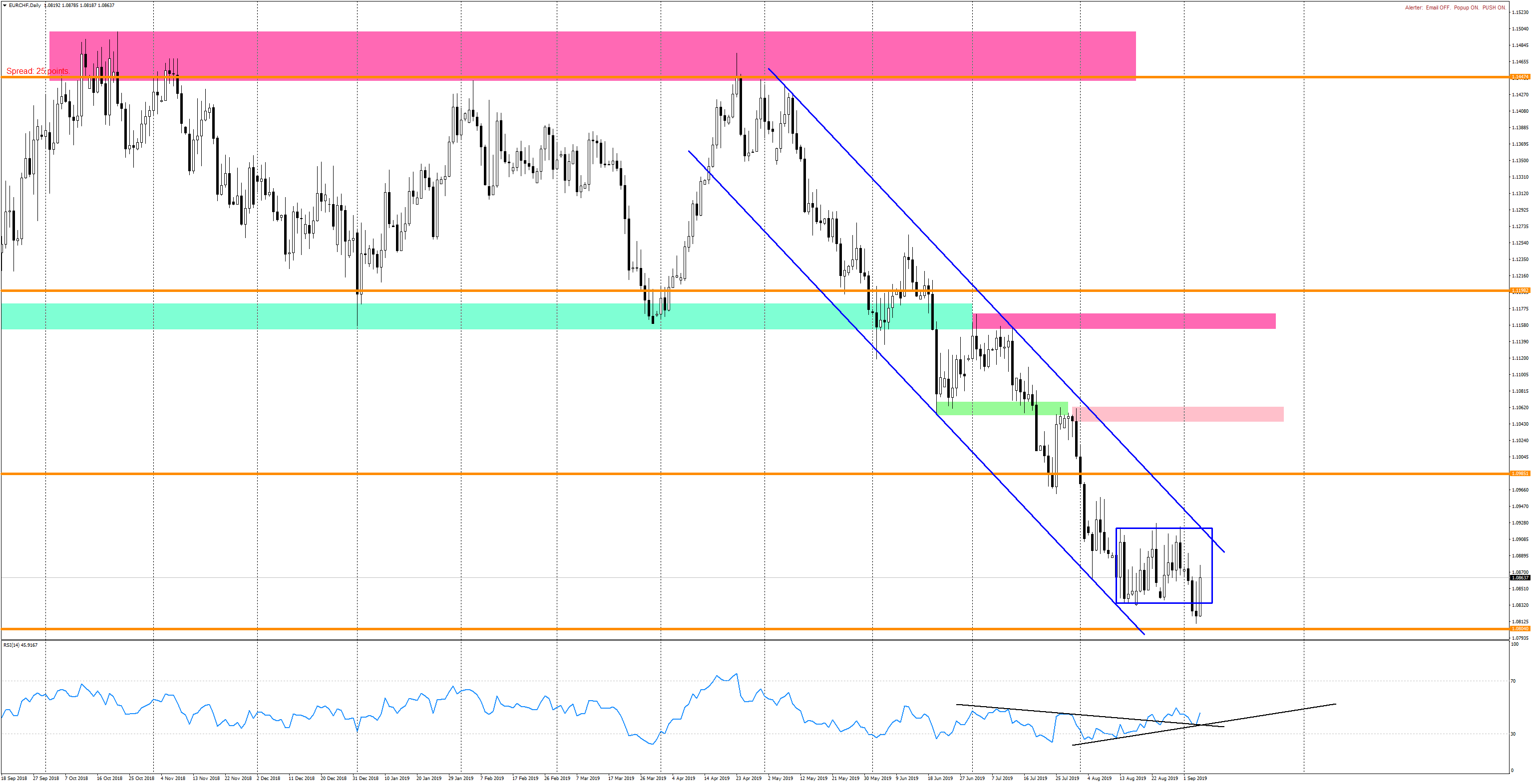 On the hourly chart of the pair, we see a breakdown of the lower edge of the rectangle and an attempt to gain a foothold below the support (green zone). 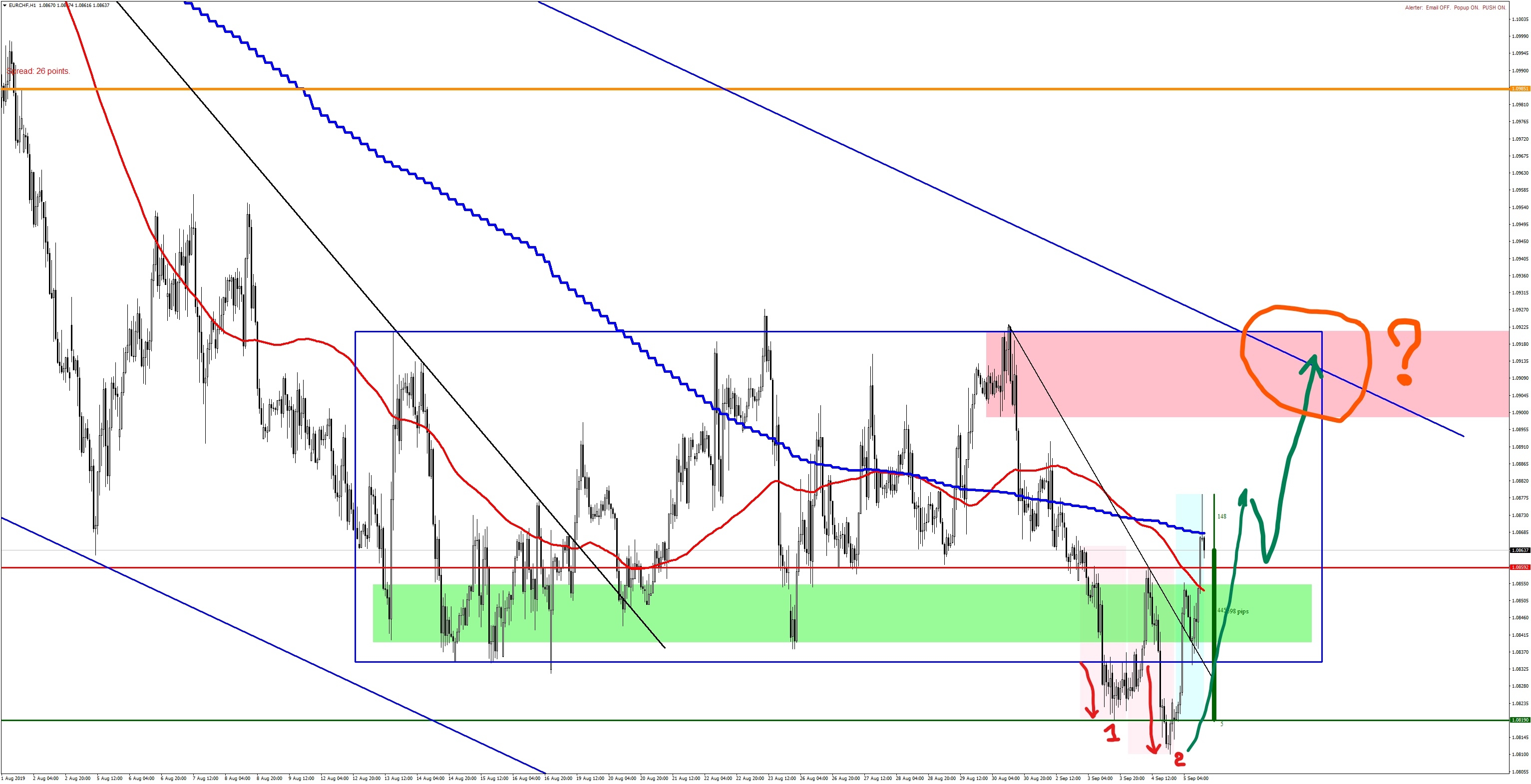 This leads to the formation of a new minimum on the pair at point 1. But the bears could not gain a foothold and the price bounced inside the consolidation zone. but the support zone has become a mirrored resistance zone (green Zone). Yesterday, the bears launched another attack, which led to the formation of an even lower low at point 2. All this indicated the continuation of the downward movement in the EURCHF pair.

However, already today, buyers seized the initiative and the price growth led to a breakdown of yesterday’s high and daily resistance (red horizontal line). Judging by the strong candles, this movement was accompanied by the closing of positions by the sellers of the pair and the triggering of stops. The bears were trapped in pairs.

I will not dwell on the reasons for the change in sentiment on this currency pair. Reduced risks, the actions of the Central Bank of Switzerland, a less dovish position of the ECB members and other factors certainly influenced the mood of traders. Let’s dwell on technical factors.

Typically, traps are price patterns that lead to strong opposite price movements. Thus, we can expect the EURCHF pair to move to the upper edge of the consolidation zone at 1.09220. There is also supply areawhere the last downward movement of the pair began. And there is the upper edge of the long-term descending channel (blue channel) on the pair. As a result, strong resistance to buyers can be expected in the 1.09000-1.09220 range.

What if the pair passes this resistance zone? 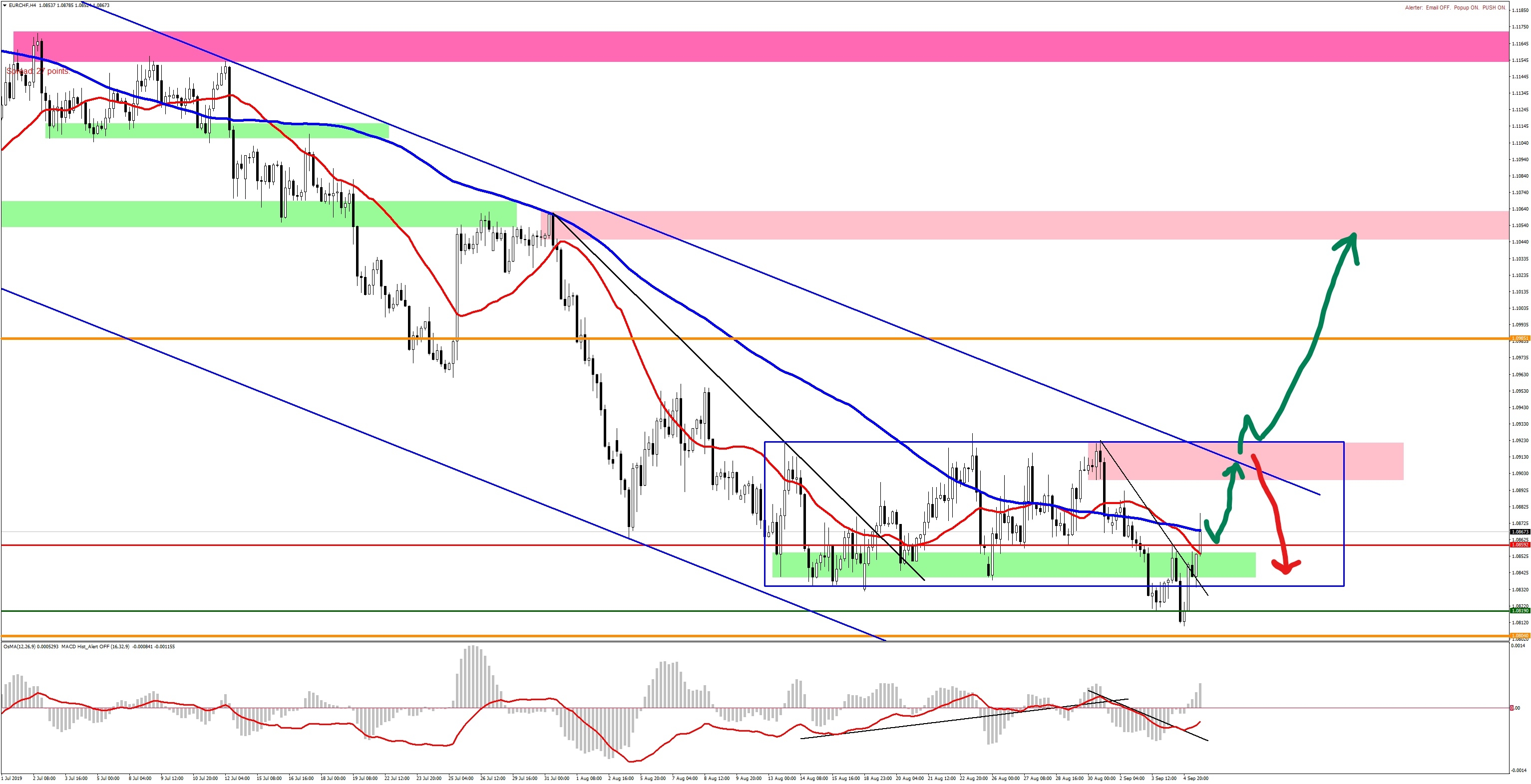 On the 4-hour chart of the pair, we see that in the event of a breakdown of the resistance zone and exit from the descending channel upwards, it will be possible to fix reversal pattern of EURCHF.

Buying in this pair becomes a priority and we can expect an upward movement to the long-term level at 1.09950 (yellow horizontal line) and the demand zone around 1.10500 (pink zone).