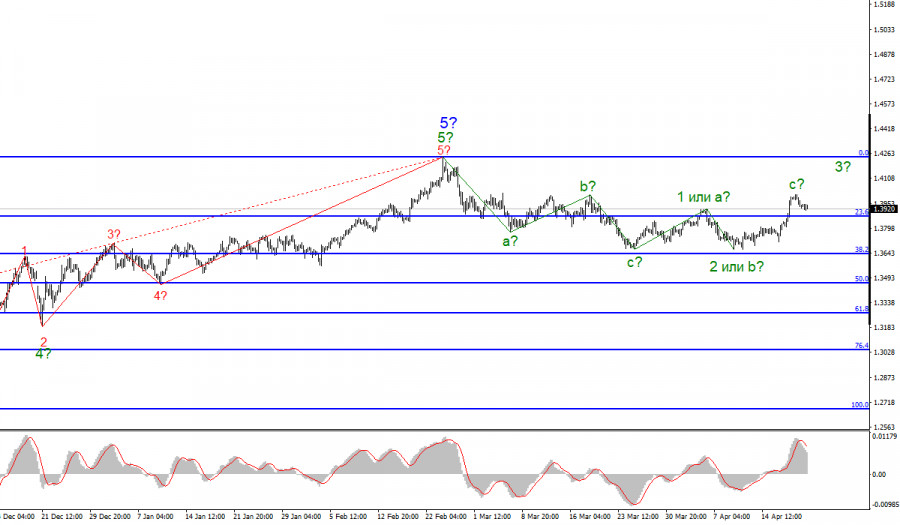 For the Pound / Dollar instrument, the wave pattern has cleared up a bit. Thus, now the wave pattern looks like the beginning of a new uptrend section, which can take both a three-wave form and a five-wave one. In the first case, the instrument can move for some time in triplets of waves in the horizontal direction. In this case, the next upward triplet may already be completed. If the current upward part of the trend turns out to be impulsive, then a more complex wave awaits us. 3, and at least two more waves in this structure. Nevertheless, the current wave counting still does not look unambiguous. I remind you that the main thing is that the markup is simple and understandable. It is in this case that you will be able to make money on it. And it makes no sense to mark waves for the sake of the marking process itself. So far, I am waiting for the resumption of the rise in the instrument quotes, counting on the construction of a more complex wave 3.

Yesterday we have already witnessed that rather strong statistics from the UK caused a drop in British quotes. Although, of course, it is better to say that the demand for the Briton fell not because of statistics. The statistics were ignored by the markets, and the fall began due to the need to build corrective waves from time to time. I see this explanation as the most logical. Today the situation has not changed at all. In the morning in the UK there was a report on inflation for March, which showed the following changes. The consumer price index rose on an annualized basis to 0.7%, and on a monthly basis to 0.3%. That is, inflation has accelerated slightly. The core consumer price index rose to 1.1% y / y. Hard to say if this is good news for the pound sterling? Most likely, they are bad, since any rise in prices is bad for the monetary unit. However, it was precisely today that the pound sterling stopped its decline, which began yesterday, when the statistics were, on the contrary, strong. During the day, the instrument lost about 20 basis points. But this is not a decline, this is a market noise. Also today, a speech by the Governor of the Bank of England Andrew Bailey was scheduled, but so far no information has been received on this matter. In any case, the Pound / Dollar instrument has started building a correctional wave. Now you should understand what it will be: a new three downward or a corrective wave as part of the third wave of a new uptrend section?

At this time, the wave pattern has cleared up a bit, so now I recommend buying an instrument for each MACD upward signal, hoping to build a third wave as part of a new uptrend section. The wave counting still does not look completely unambiguous and may require additions and adjustments. 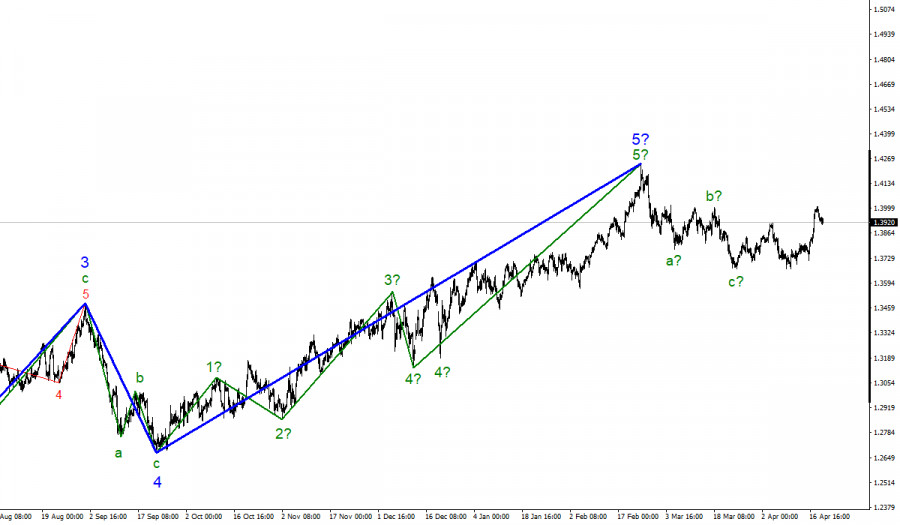