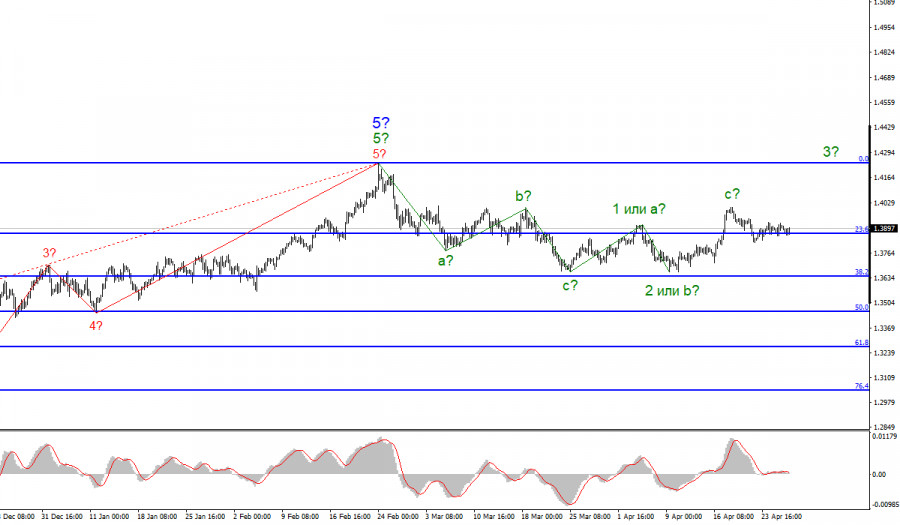 For the Pound / Dollar instrument, the quotes continue to move away from the highs reached last week, however, in the literal sense of the word, this cannot be called a movement, since the quotes have been standing in one place for several days. It can be assumed that the markets are waiting for the results of the Fed meeting and do not want to force events ahead of time, especially since they have nothing to wait any longer. Nevertheless, at this time, the wave counting is simply paused. The wave pattern still exists, but this does not mean that the instrument cannot move like this along the 23.6% Fibonacci level for as long as necessary. I am still awaiting the construction of a new three downward waves and assume that the current wave counting is in reality exactly as I presented it in the upper picture. However, other options are also possible. For example, the lows of the waves from and 2 or b match item to item. So the wave 2 or b can also be a wave e… In this case, the trend section, originating on February 23, took the form a—b—c—d—e, and after its completion, we saw only the first and second waves of the new uptrend section. In this case, the resumption of the rise in the instrument quotes should be expected.

Also read  Bank of America: Capital inflows to the global stock market in the last 5 months turned out to be higher than in the last 12 years

The news background for the Pound / Dollar instrument continued to be absent on Wednesday until the current moment. In the UK this week there will be no news or economic reports at all. The only news that came from Britain is a message from Boris Johnson, who said that so far 25% of adults in the country have received both doses of the vaccine, which are necessary for the formation of immunity. This is good news, but, as we can see, the markets did not react to it in any way. This is not surprising, since the markets are unlikely to react to every message of this nature. So everything today comes down to the Fed meeting, its results and a press conference with Jerome Powell. In an article on the Euro / Dollar instrument, I said that the markets are unlikely to expect anything concrete from Jerome Powell, although the latest polls of economists still show that they are waiting for hints on the timing of the curtailment of the QE program from the Fed, which currently stands at $ 120 billion per month. However, Powell has already repeatedly said that this program will continue to operate, so it is hardly worth expecting from him today that it will end soon, and the Fed chairman is unlikely to make promises for six months in advance. Thus, by all accounts, the meeting today will be boring and without bright results.

Also read  Review of the GBP / USD pair. April 27. It is very difficult to find a black cat in a dark room. 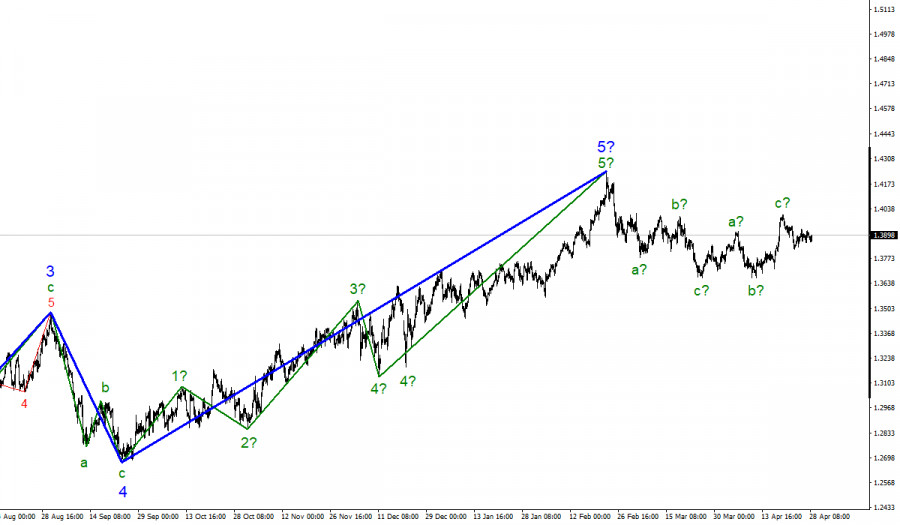