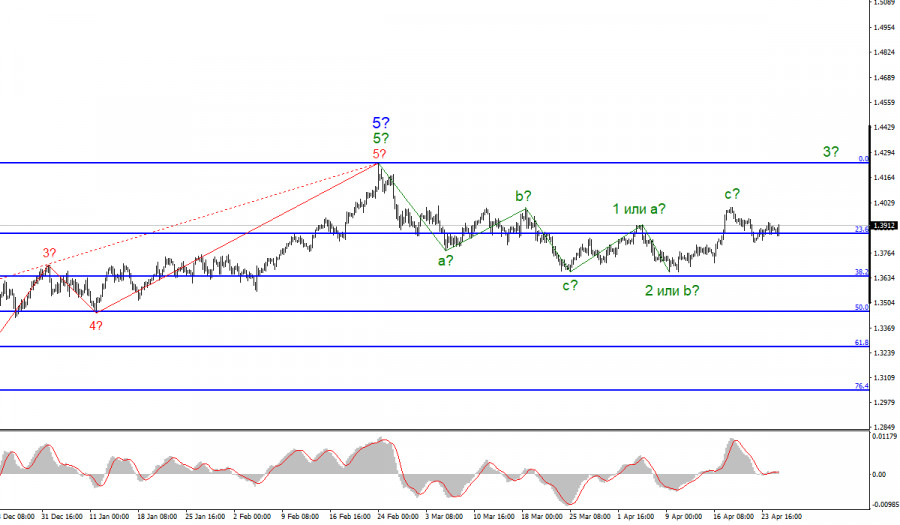 For the Pound / Dollar instrument, the quotes continue to move away from the highs reached last week, and so far it does not fit well into the internal wave structure of the expected wave 3 or from… Thus, there is reason to believe that the instrument has completed the construction of the three-wave upward wave structure and has now begun to build a new three-wave downward wave structure. If this is true, then the decline in quotations will continue with targets located near the 36th figure or so. However, as I said earlier, there are other, alternative options that involve the resumption of the rise in the instrument’s quotes. For example, the variant in which the last downtrend segment took the form a—b—c—d—e and completed its construction on April 9. Then, at the moment, the instrument is in the stage of building a correctional wave 2 or b, after the completion of which the rise will resume within the third wave. Thus, the wave counting is still not completely unambiguous.

There was no news background for the Pound / Dollar instrument on Tuesday, as not a single important report was released during the day. Thus, the markets can only fully focus on the results of the Fed meeting, which will be announced tomorrow night. Markets do not expect much from this event, as the main parameters of monetary policy are likely to remain unchanged. Therefore, they will pay more attention to press conferences with Fed Chairman Jerome Powell. Here, as they say, options are possible. The simplest option – Jerome Powell will not change his previous rhetoric and will repeat all those theses that the markets already know by heart. Let me remind you that Powell’s last speeches were held under the dictum about the need to continue to provide assistance to the American economy. However, many economists believe that already in the 4th quarter of 2020, the Fed will begin to reduce the volume of purchases of bonds, which currently amount to $ 120 billion per month. Bloomberg conducted a corresponding poll, which showed just such results. Most of the economists surveyed believe that the Fed will cut the volume of the QE program, as the US economy recovers at a high pace, and inflation last month rose to 2.6% y / y and may continue to rise in the near future. Most experts also agree that the Fed will not rush to wind down the QE program, as it wants to see stable and stable data indicating a good state of the US economy. Thus, Q4 is probably the minimum date on which QE cancellation can begin. The question is, will Jerome Powell announce this tomorrow? 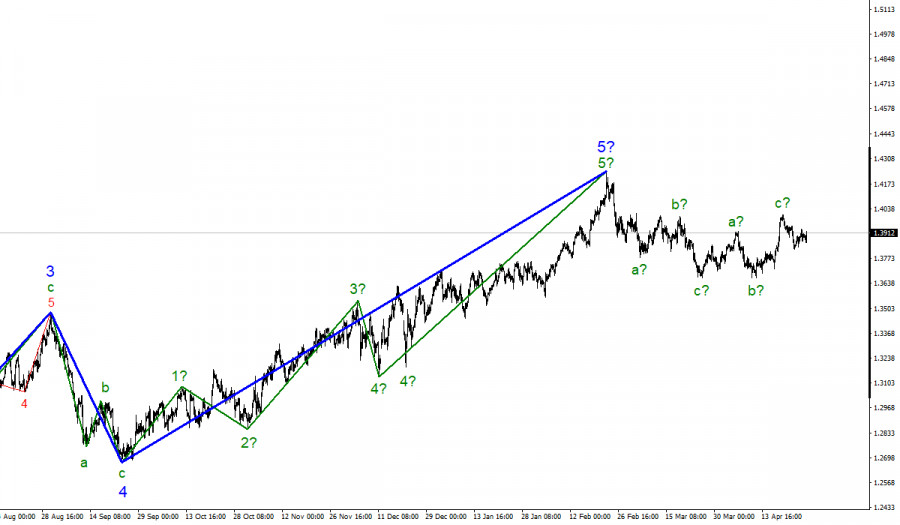