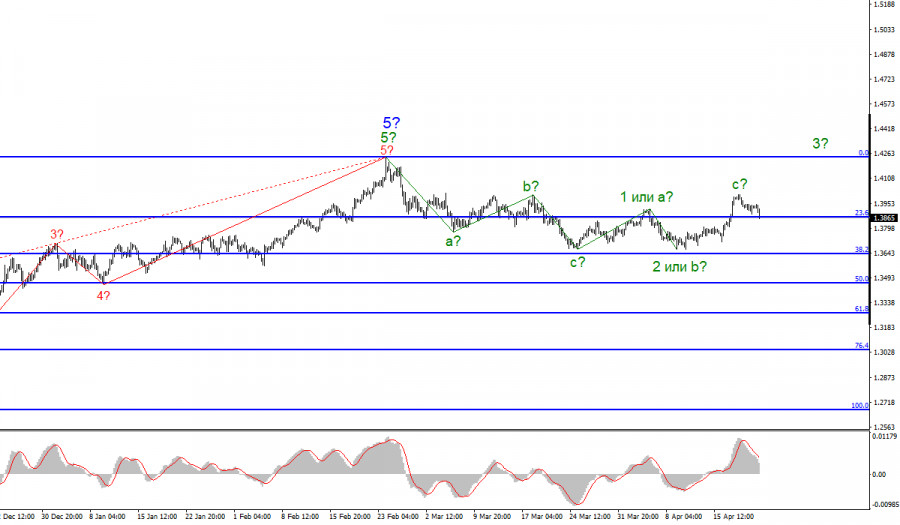 For the Pound / Dollar instrument, the quotes began to move away from the highs reached, and so far it does not fit well into the internal wave structure of the expected wave 3 or from… Thus, there is reason to believe that the instrument will move in triplets in the near future. We saw the first three downward in February-March, the next three upward was built in March-April. Thus, the last upward wave may already be completed, and if this is indeed the case, then it is a wave from and, therefore, the formation of a new three downward can now begin. Although “down” and “up” are now quite vague concepts. In general, the part of the trend, which originates in February, is more suitable for the definition of “horizontal”. At least we now have more or less logical explanations for what is happening, and the wave pattern has begun to raise fewer questions.

Also read  How to trade the GBP / USD currency pair on May 26?

The first three days of this week showed only one thing: the markets absolutely do not want to react to economic statistics at this time. In the UK, a series of quite important reports was published that could and should have caused some kind of reaction. But I saw nothing of the kind. If the inflation report could be interpreted in any way, then the unemployment reports were quite unambiguous and should have increased the demand for the pound sterling. But instead, the markets have lowered the demand for the British pound and now it looks like a downward wave has begun, which may be the first in the new three downward. Several more important reports will be released in Britain tomorrow. For retail trade, business activity in the manufacturing and service sectors. Thus, I would like to assume that the markets will not lose sight of these statistics, but, most likely, there will be a picture of the first three days of this week. If reports from Britain turn out to be weak, and the instrument continues to decline, then it will be possible to “conclude” that there is a reaction from the markets. Although the current wave counting shows that the downward wave will be built with a high probability even without these statistics. In general, wave counting remains in the first place, as in the Euro / Dollar instrument, and I recommend paying attention to it first of all. Moreover, now it has cleared up and become much clearer. 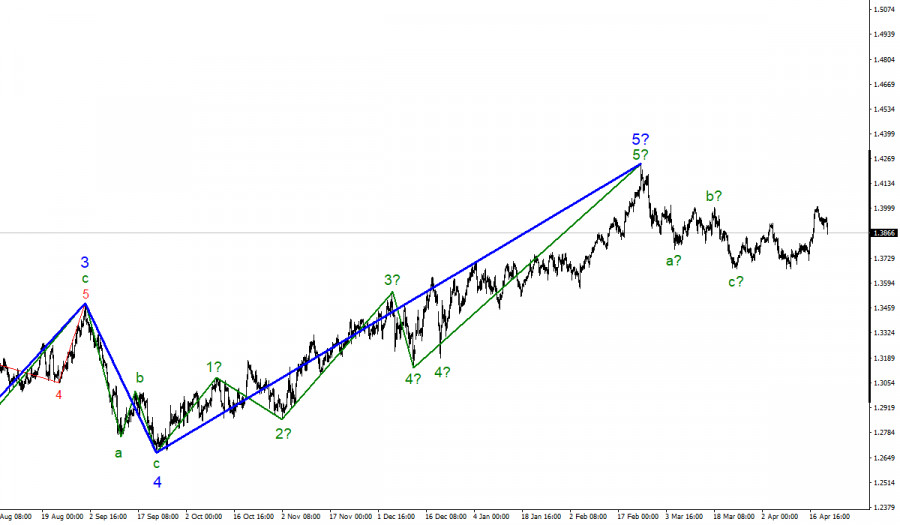 Also read  Today the Bank of England will dot the i's
Tags: gbpusd