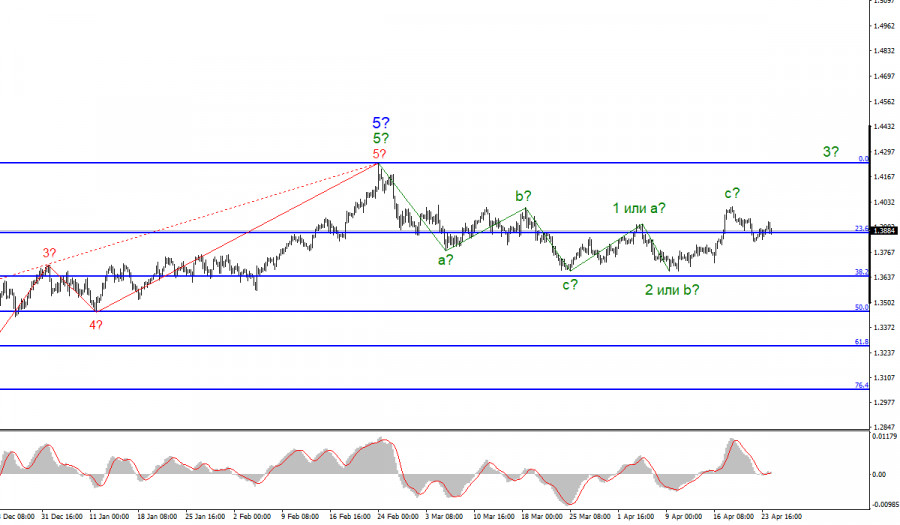 For the Pound / Dollar instrument, the quotes continue to move away from the highs reached last week, and so far it does not fit well into the internal wave structure of the expected wave 3 or from… Thus, there is reason to believe that the instrument has completed the construction of a three-wave upward wave structure and has now begun to build a new three downward of the form a—b—c… If this assumption is correct, then the decline in quotations will continue with targets located near the 36th figure or so. An alternative option involves the resumption of the rise in the instrument quotes. I believe that the last two waves, which are now marked 1 or but and 2 or b, can also be waves d and e the previous downtrend section. Thus, at the point c the first wave of a new uptrend section could then have ended, and now then a wave is being built 2, after which the rise in quotations will resume.

Also read  Analysis of GBP / USD April 22. The statistics were ignored, the wave counting continues to be in the first place.

The news background for the Pound / Dollar instrument on Monday was expressed by only one report. Durable goods orders in the United States. The actual value of + 0.5% in March is five times lower than forecasts. However, both the Euro and the British did not pay due attention to this report. The euro continued to decline, the pound sterling responded with a rebound up 15 points, which may be a common market noise. Thus, I am more inclined to the version that the markets did not pay any attention to this report at all.

At the same time, the American media presented a study according to which the rating of President Joe Biden has fallen sharply in the past few weeks. It would be more correct to say “just declined,” since Biden has been in power for only 100 days. According to The Washington Post, only 52% of Americans surveyed approve at least partially of the activities of President Biden. 42% of those surveyed said they were dissatisfied with it. The Washington Post also reports that Joe Biden’s approval rating is almost equal to the absolute outsider Donald Trump, whose rating after 3.5 months of work was about 42%. It should also be noted that most of those who disapprove of President Biden are GOP supporters. Thus, this rating is rather imprecise. In the UK, the news background was absent today, and the wave counting, although not the most unambiguous, is now more important than the news background. In the UK as a whole, there will be no major events or reports this week. 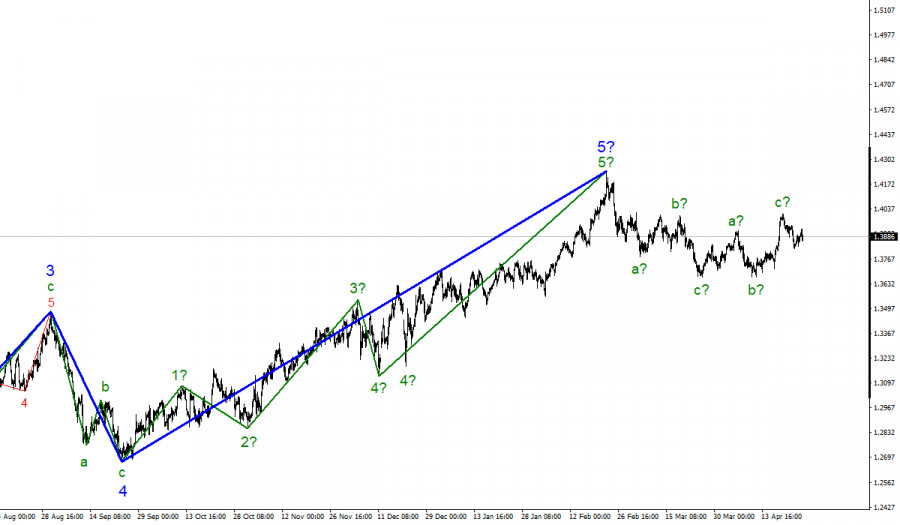 Also read  How to trade the GBP / USD currency pair on May 12?
Tags: gbpusd