As we thought, the American regulator, and even more so its head J. Powell, did not hint at the meeting about the likely change in the expected future of the parameters of monetary policy, which means that our expectations for the continued smooth weakening of the dollar and the continued demand for risky assets against the background of the lack of continued growth in Treasury yields remain the same.

Recall that before the Fed meeting on monetary policy on this Wednesday, in the market, in addition to the stable idea that the regulator would not take any actions aimed at changing the course of monetary policy for a long period, there was another one, the meaning of which was that already at the beginning of next year, the bank will begin the process of reducing the redemption of government bonds and that Powell will hint about this at a press conference after the meeting. But this did not happen. Neither the resolution of the bank, nor the speech of its leader contained such hints. What caused a new wave of weakening of the dollar. On this wave, its ICE index fell to 90.55 points and at the time of this writing is on it.

If we return again to the topic of a promising change in the Fed’s approach to the principles of monetary policy, we believe that there is indeed a real likelihood that the bank will begin to cut back on the redemption of bonds at the beginning of the new year. We agree with this, but we believe that the regulator and Powell personally will not give any hints of such a possibility, fearing a new wave of uncontrolled sales of Treasuries and a sharp rise in the dollar, which is harmful in the context of the recovery of the American economy in the context of the COVID-19 pandemic or before early autumn of this year, or already before the new year 2022.

We are confident that the Central Bank will take a protectionist position with regard to stimulating the economy for a significant period of time. This means that under these conditions – the presence of unprecedented incentives and assistance from the US Treasury and the Federal Reserve – the markets will continue to demand for the purchase of shares of companies and a process of smooth weakening of the dollar will take place, at least or at least keeping it at acceptable low values ​​in the region. 89-98 points on the ICE index.

As for the probable dynamics of currency pairs, where the dollar is present, we believe that today it can receive local support with a slight rollback upwards against the background of the publication of GDP data for the 1st quarter. As a reminder, it is expected to grow by 6.1% against 4.3% in the previous period under review.

Also read  Forecast based on horizontal volumes for Bitcoin on 04/27/21.

We expect that the upward pullback of the dollar rate will again be used by market participants to resume its sales.

Forecast of the day: 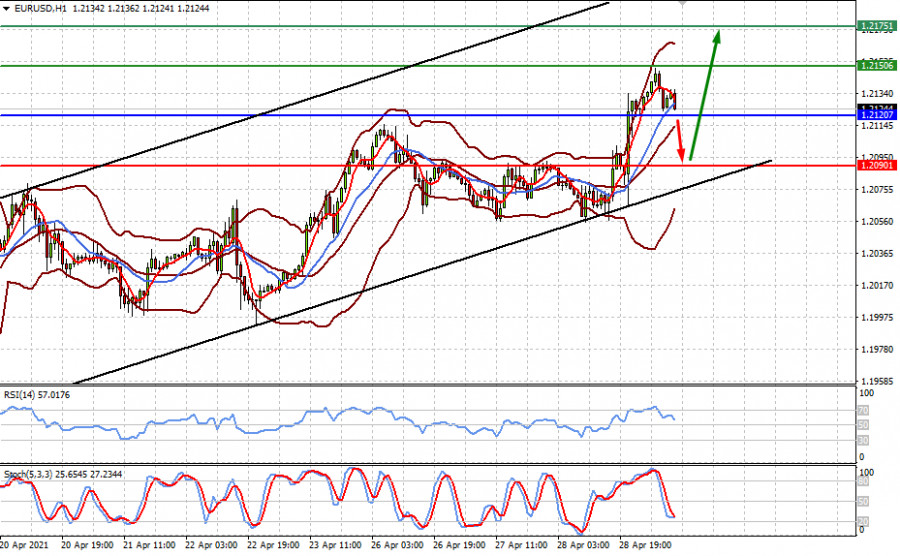 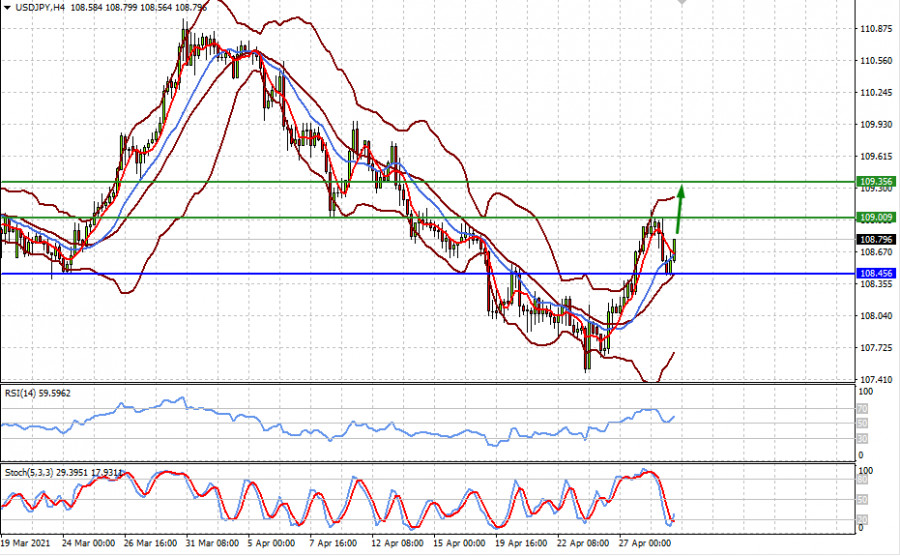