The cryptocurrency market is starting to recover its positions, despite the price correction, which was amplified by a wave of negative news. Fixed assets continue to fluctuate, but do not show a downward movement, which allows the market to rise in price by 1.5% in the last 24 hours.

Ethereum demonstrates significant growth, having risen in price by 7.5% over the past day. As of 16:00, the asset is quoted at $ 2370 and shows positive growth dynamics. In addition, daily trading volumes have crept upward, which indicates an increasing interest in the cryptocurrency after a rollback to a local minimum. The main factor that allowed the ether to recover its positions was the problems of the bitcoin network. Due to power problems, BTC / USD traders faced hashrate issues and record transaction fees on the Bitcoin network. Considering the technical characteristics of the ETH network, as well as the recent update of Berlin, which corrected the Gas commission payment algorithm, part of the Bitcoin audience moved to the ether network. After resolving the problem with a failure in the hard fork, the ETH / USD pair secured strong support from institutions, and a new growth spurt was prevented by a negative news background, which aggravated the local correction. Ether shows good preconditions for protracted growth, however, market fluctuations against the background of the growing negative towards cryptocurrencies from central banks will not allow the asset to set a new record. 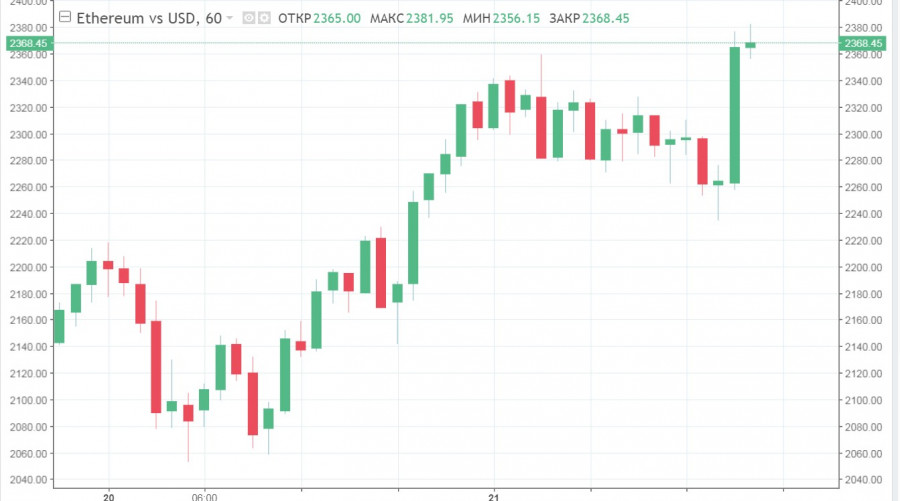 The Ripple token also resumed its growth, having risen in price by 2.8% per day. As of 16:00, the asset is quoted at $ 1.37, but daily trading volumes indicate that there are no prospects for growth. The indicators of the cryptocurrency are kept within the range of $ 1.34 -1.38 – the boundaries where the most support of the market is concentrated. XRP positions were strengthened by analyst Ernst & Young, who said that the token could prove to be a significant competitor for the Indian banking system due to faster, cheaper and transparent transactions. Thanks to this news, interest in cryptocurrency has increased, but one should not count on prolonged growth outside the support zone. 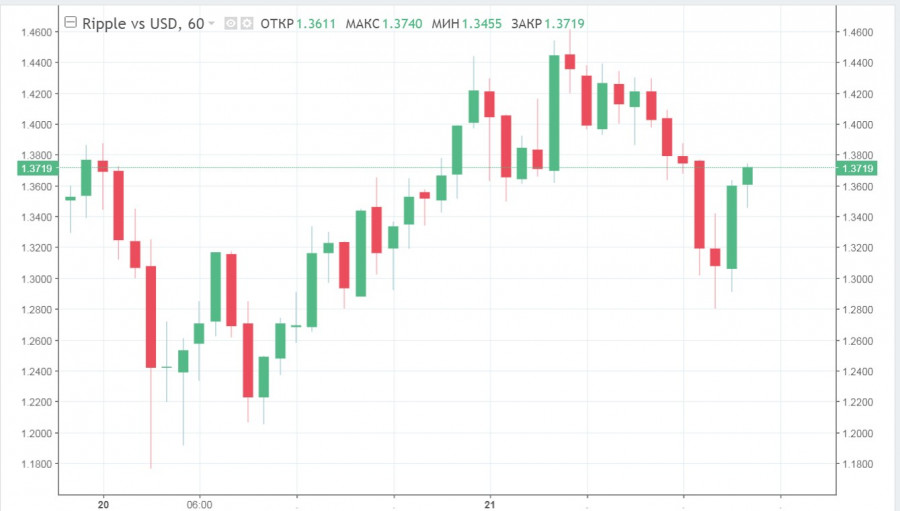 Against the background of the growth of large altcoins, smaller cryptocurrencies also showed an increase in indicators. LTC / USD quotes increased by 2%, but still remain in the safe zone, which is part of the support zone. Most likely, the asset will continue to fluctuate within the range of $ 250 – $ 270. A similar dynamics is demonstrated by the ADA / USD (+ 3.2%) and DOT / USD (+0.2) pairs, which reacted to a slight positive on the market, and also took over part of the audience due to problems with the Bitcoin network. The performance of these altcoins will continue to fluctuate in safe price areas, as the general market sentiment does not suggest a stable and rapid growth. 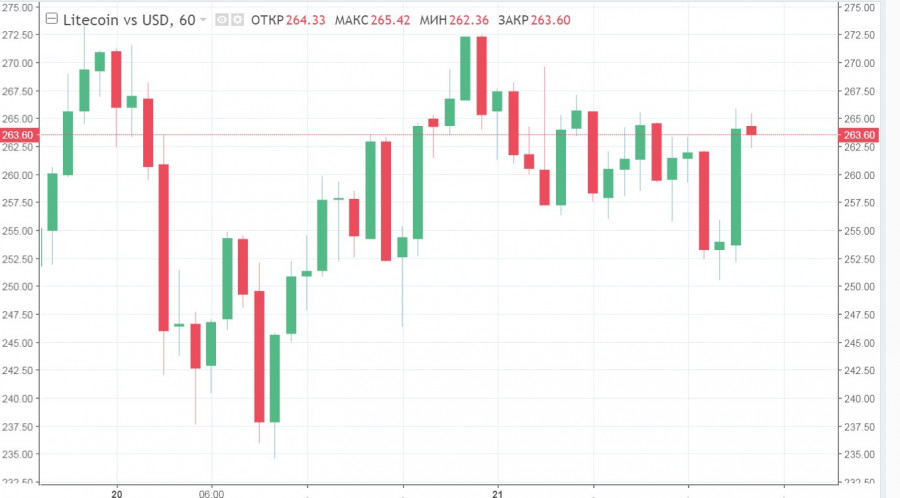 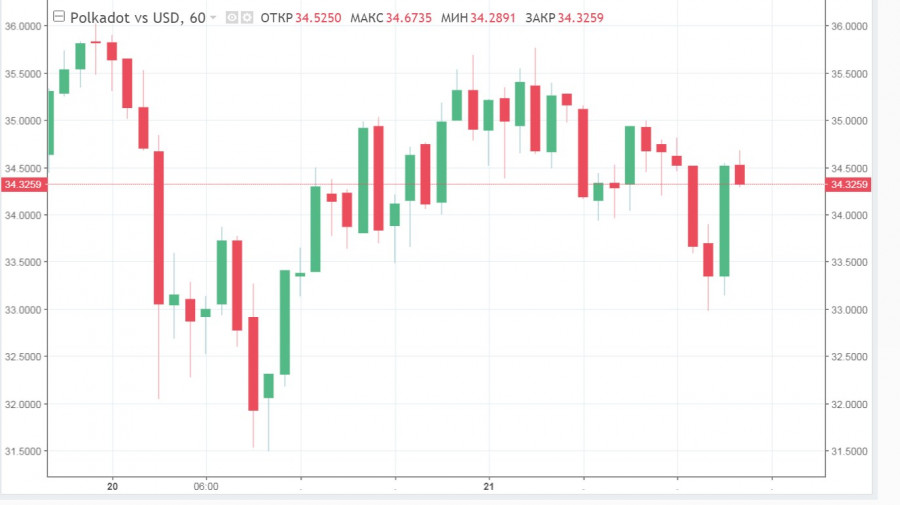 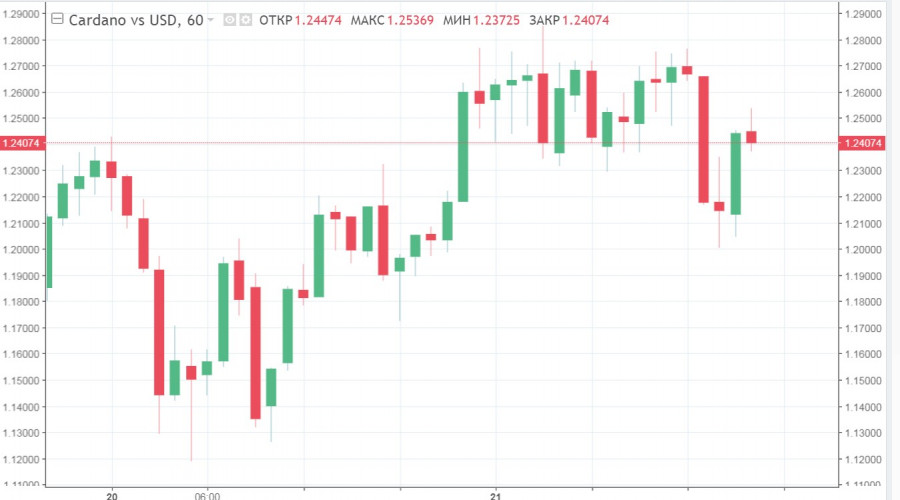 The cryptocurrency market is at a stage of uncertainty. Major coins perform well against the backdrop of growing problems with regulation and implementation of assets in different countries. For example, in the United States, Wall Street banks have spoken out against the introduction of digital currencies by central banks, since, in their opinion, this could hit the financial system hard. Analysts at JPMorgan are also not happy in their announcements and believe that if Bitcoin does not return to positions above $ 60 thousand, then the market can expect a deeper correction. The negative was diluted by the news that the Scottish asset management firm has invested over $ 100 million in the Bitcoin exchange Blockchain.com.

Despite the ambiguous news background, the main cryptocurrencies fluctuate within safe positions, which allows them to start immediate growth when the necessary impulse appears. In the near future, the movement of altcoin quotes will depend on the position of bitcoin and the news background, which, as of April 21, do not bode well for many prospects. 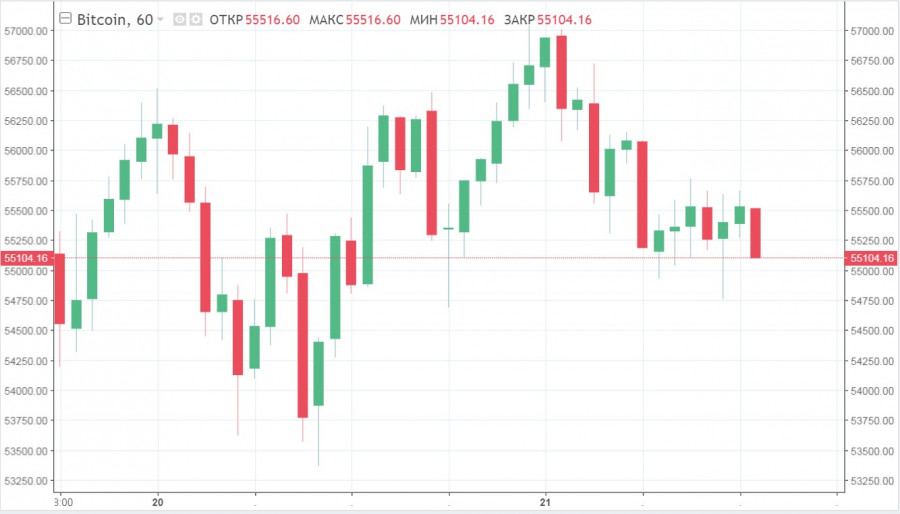