At first, the single European currency behaved exactly as it should, namely, it gradually declined. Nevertheless, the growth, which began last Friday, turned out to be quite significant, but completely unsupported. So at least some semblance of a rebound just had to happen. Nevertheless, having dropped to the level of 1.2000, the single European currency began to grow again. Although before that she had skipped this level almost without noticing it, it has not yet been possible to return to the previous values. Apparently, some serious reasons and justifications are needed for a more serious weakening of the single European currency. However, this will obviously have to wait, since today’s meeting of the European Central Bank’s board is likely to provide additional support to the single European currency. Of course, the focus will not be on the outcome of the meeting itself, since all the parameters of monetary policy will remain unchanged. What interests Christine Lagarde most of all during the subsequent press conference. The main question is inflation and its dynamics. The European Central Bank is probably the only one who does not make any secret of the risks of unwinding an inflationary spiral, and a few months ago indicated its concern about this problem. Thus, the European regulator warned everyone about the possibility of tightening monetary policy, if the situation so requires. This prospect put some pressure on the common European currency. Although it was difficult to see, as it turned out to be stretched out in time. But now the situation with inflation in Europe seems to have stabilized somewhat, and since then consumer prices have no longer shown such an abrupt growth. And if Christine Lagarde announces today that inflationary risks have slightly decreased, then for investors this will be a signal that the European Central Bank does not intend to make any adjustments to its monetary policy in the near future, since there are no more reasons for this. And since inflationary risks exerted a certain pressure, the removal of these risks will lead to the growth of the single European currency. 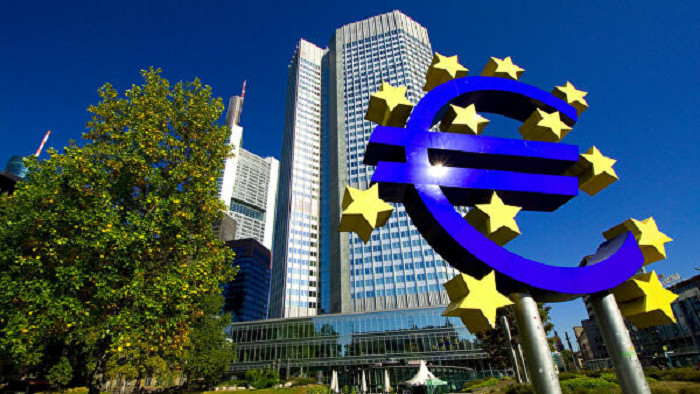 During the past trading period, the EURUSD currency pair returned the quote to the area of ​​the psychological level of 1.2000, considering it as a point of variable pivot.

After several days of acceleration, the market dynamics turned into a deceleration stage, while traders do not exclude that the existing fluctuation within the 1.2000 level may serve as a cumulative process in the upcoming acceleration.

If we proceed from the current location of the quote, then the amplitude of 1.1950 / 1.2000 is visible, but this is only the outline of the psychological range, since the control coordinates relative to which the actions will be performed have different meanings.

Looking at the trading chart in general terms, the daily period, it can be seen that the scale of the euro strengthening in the April period reached such a large scale that it questioned the elongated correction from the peak of the medium-term trend.

From the point of view of complex indicator analysis, we see that the indicators of technical instruments on the hourly and daily intervals have a buy signal due to price fluctuations at the peak of the upward cycle in April. 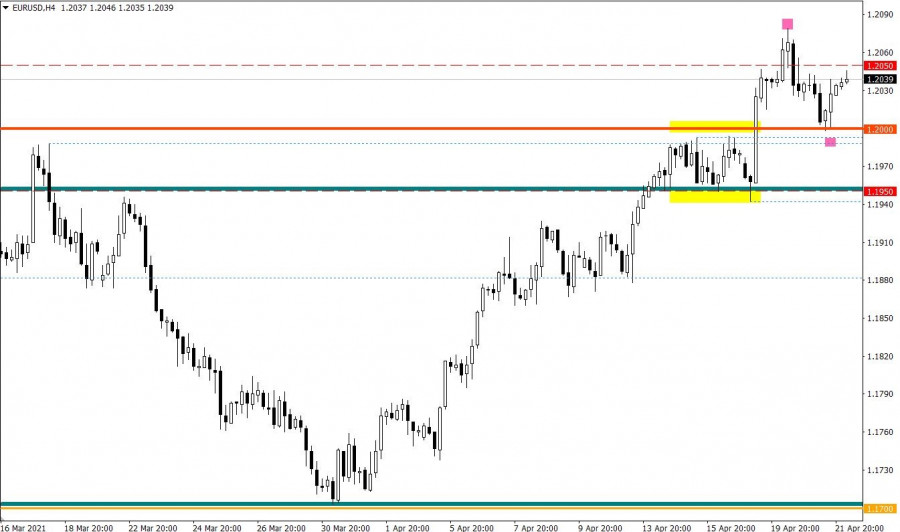