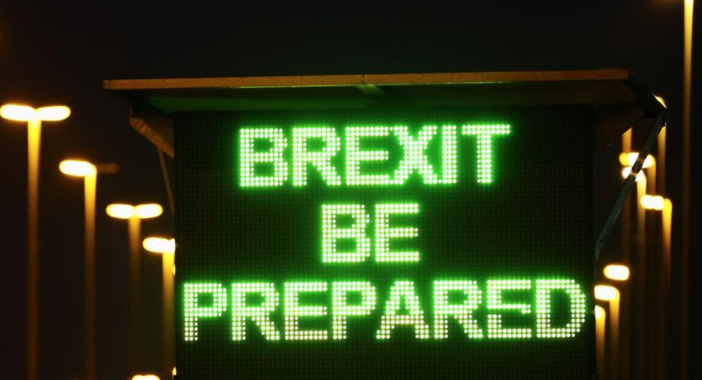 Almost 100 days have passed since Britain completed its exit from the EU – nearly five years after voting in the referendum – and a clearer picture is now beginning to emerge around the consequences of that decision.

According to the data, the split has already had a negative impact on the British economy, although this is not so noticeable against the backdrop of the pandemic. Many of the consequences of Brexit will appear over time: since Britain found itself outside the EU’s single market and customs union, trade with the bloc was difficult, but the extent of the damage will be clear only after the business is fully reopened after the quarantine.

However, some of the statements made by supporters of an alliance with the EU, Project Fear, as it was dubbed in the British press, have been exaggerated. Here are preliminary findings on the impact of Brexit versus forecasts.

In a report released ahead of the 2016 referendum, the Treasury predicted that a vote to leave the EU, followed by an immediate start to the process of repealing Article 50, would result in a decline in national income by as much as 3.6% over two years, an increase in the number of unemployed by 520,000 and falling house prices by 10%.

But this did not happen – not least because the government did not refer to Article 50 until March 2017. By June 2018, gross domestic product had grown by more than 3%, unemployment had dropped by 280,000, and the average cost of housing rose by more than 7%.

Unemployment fell before a pandemic

And then a pandemic broke out. Last year, GDP contracted nearly 10%, marking the deepest decline since the Great Frost of 1709. The economy has only partially recovered from the huge losses it suffered during the first quarantines last spring, which put Britain below pre-coronavirus production levels than any other G7 country.

In April 2016, the government sent flyers to all British households urging them to stay in the EU. It warned that leaving the bloc would raise the cost of living as imports rise in price amid falling pound. (About half of all British imports come from the EU.)

This prediction turned out to be prophetic. In the two years following the referendum, the pound has dropped 18% against the euro and remains 12% below the level recorded on election day on Brexit.

In November 2017, consumer price inflation peaked in 5.5 years at 3.1%, leading to a decline in living standards. It remained above the Bank of England’s 2% target for most of the next two years. But then it fell sharply due to the pandemic.

The Treasury predicted that if the UK leaves the EU and manages to conclude a trade deal with the bloc, then in 15 years the country’s economy will shrink by 4.6-7.8% compared to the volume that would have been if it had remained in the EU.

Although Britain formally exited the EU’s single market in less than 100 days, the Office of Fiscal Responsibility estimates that Brexit has already cut GDP by 1.4% after the referendum. Long-term GDP is now expected to be 4% lower than if the UK remained in the EU. Dan Hanson of Bloomberg Economics predicts a decline of 3%, or even 5% given the impact of government restrictions on immigration.

Also read  Europe comes out of the tailspin

The government said that leaving the EU would make it difficult to export goods to the bloc, and businesses would face higher costs.

The warning turned out to be correct. UK companies faced additional paperwork. Now, for example, they have to issue an export-epidemiological certificate in order to move goods to the EU. In January, exports to the continent were down 41% from the previous month.

David Frost, who negotiated a post-Brexit trade deal with the EU and is now the minister in charge of UK relations with the bloc, attributed the trade cut by stockpiling in December and the introduction of coronavirus quarantines. According to him, trade recovered to normal levels in early February, but data that will confirm or deny this will not be released until Tuesday.

Ahead of the referendum, many in the City of London warned that a vote to leave the EU would result in job losses. Accounting firm PricewaterhouseCoopers has predicted that the financial services industry will lose up to 100,000 jobs.

In fact, far fewer jobs have moved to the EU: 7,600 workers have moved as of March, according to consultancy EY. PwC did not respond to a request for comment.

However, that number could rise if the UK and the EU fail to reach an agreement that would give UK financial firms broad access to the single market that they lost as a result of Brexit.

At the same time, the City suffers losses. In January, almost all trading in EU stocks on the UK exchanges – more than 6 billion euros ($ 7 billion) worth of daily trades – moved into the block. And banking giants like JPMorgan Chase & Co. and Goldman Sachs Group Inc. have transferred hundreds of billions of euros to new or expanded centers across the block.

Also read  The pound sterling will fall in 2022.

The campaign to leave the EU did not allow for more concrete and clear predictions about the economic benefits of Brexit, although one pledge is worth noting: a commitment to redirect £ 350 million a week to the National Health Service (NHS), which the UK previously transferred to the EU.

This figure was overstated given that the UK’s net weekly contribution to the EU was only £ 250m after the UK deduction from the bloc. A significant portion of these payments also returned to the UK in the form of EU public sector spending.

In 2018, the UK announced plans to increase its NHA spending by £ 394m per week in real terms from 2023, which then Prime Minister Theresa May said should be funded in part from funds that would otherwise have gone to EU.

However, Britain will still have to send about £ 20m to the EU over the next seven years as the relationship is settled. And according to the Institute for Fiscal Studies, the negative impact of Brexit on GDP and tax revenues is expected to outweigh any savings from the country no longer contributing to the bloc.

The full cost of the UK’s decision to sever relations with its largest and closest commercial partner is likely to become clear only after the restrictions imposed by the coronavirus are lifted and the business normalizes. In the meantime, the question is far from being resolved.