Over the past few months, there has been a change in the balance of power in the cryptocurrency market. Despite the fact that bitcoin is still the main crypto asset by a margin, more and more investors’ attention is intercepting ether. In April alone, the value of the main altcoin rose by 46%, while BTC fell by 7%. In addition, Bitcoin has significantly reduced the percentage of market dominance (46.5%), while ETH is very close to 15%.

The rapid growth of Ethereum is caused by a combination of factors, as well as the technical component of the cryptocurrency. First of all, it is worth mentioning the historical context according to which altcoins are doing much better in the second quarter than bitcoin. The general euphoria of the market was intensified by the flow of positive news associated with the gradual transition of altcoin to version 2.0, which has already been called the “bitcoin killer”. The stream of positives associated with the update of the ether was launched by the Australian company Sigma Prime, which carried out an operation “merging ETH 1.0 and ETH 2.0”. As a result of the transaction, electricity consumption was reduced by 99%.

Also read  Investments in crypto products are on the rise, Bitcoin at a crossroads: what are the possible scenarios? 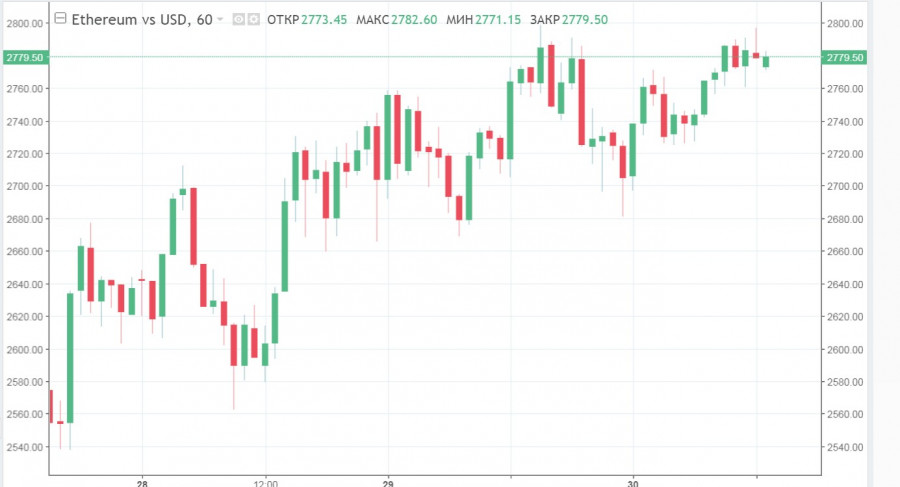 The next stage in the growth of ETH quotes was the Berlin update, which significantly improved the Gas transaction commission algorithm, due to which the cost of commission fell by 80%. This attracted additional audiences for the airwaves and also increased the institutionalization of the asset. The increased demand for altcoin has also been fueled by the numerous problems with bitcoin. The cryptocurrency has undergone a deep correction, which was aggravated by hashrate problems due to the lack of electricity in the province of China, as well as a significant tightening of control over cryptoassets in some countries. In addition, hashrate problems neutralized the positive side of the Bitcoin network upgrade, which implied a decrease in the cost of commissions.

Also read  Bitcoin Stock: Does it worth the investment?

In addition, the constant development of altcoin itself makes the cryptocurrency more attractive to large investors. The clear superiority of the ether network in the speed and cost of transactions, exacerbated by the problems of bitcoin and the general growth of the market, has led to the achievement of a new all-time high. As of 13:00 on April 30, ETH reached $ 2,800 amid the upcoming EIP-1559 update, which will allow burning part of the miners’ commission. In the long term, this can significantly increase the current audience of altcoin and allow the asset to reach $ 4-5 thousand this year.

Analysts at JPMorgan adhere to a similar scenario, and they give a clear preference for ETH over BTC. According to the bank’s experts, this is primarily due to the lesser dependence of altcoin on the derivatives market, which is associated with a higher number of spot assets than Bitcoin. In addition, JPMorgan is confident that the first cryptocurrency is viewed more as a hedge of risks, while ETH is a vehicle for transactions. A similar position was expressed by experts from BNY Mellon Bank, who admitted that Bitcoin is a much more profitable alternative to gold.

Also read  What will determine the further vector of cryptocurrency development?

Given the clear superiority of ether in the market, in the near future the cryptocurrency will continue to increase its turnover and in the near future it may overcome the $ 3,000 mark. Most likely, this process will be accompanied by local correction spikes, but the current market support suggests that they will not be painful. We must not forget that a little more than a month remains until the next update of the altcoin network. Therefore, we should expect a massive influx of audience on the air during local bouts of correction and further establishment of historical records.