The cryptocurrency market is experiencing the most powerful downturn in the second quarter of 2021, which started quite optimistically. Fixed assets continue to fall in price rapidly, and the total market capitalization sank 2.7% in just 24 hours. Despite the disappointing performance of the main cryptocurrencies, some altcoins are starting to stabilize the situation and are showing short-term growth.

For example, Ethereum, as of 16:00, managed to turn the tide and began to show growth, having risen in price by 0.8% over the past 24 hours. The main altcoin is holding at $ 2,228 after the cryptocurrency hit the $ 2,073 milestone. Since then, Ether has been showing growth dynamics with small drawdowns. Considering the current volume of daily trading, which is $ 44.5 billion, the asset is trying to stabilize the situation, but one should not count on a quick protracted growth. This is primarily due to the wave of market correction, which covered the entire market and, coupled with negative news from Turkey, knocked cryptocurrency quotes to local lows. In addition, given the general market sentiment, you should not count on a protracted rise in ether, which is still highly dependent on bitcoin performance. Even the positive news about the regulatory approval of two ETFs on Ethereum in Canada will not significantly affect the asset’s quotes in the local perspective. 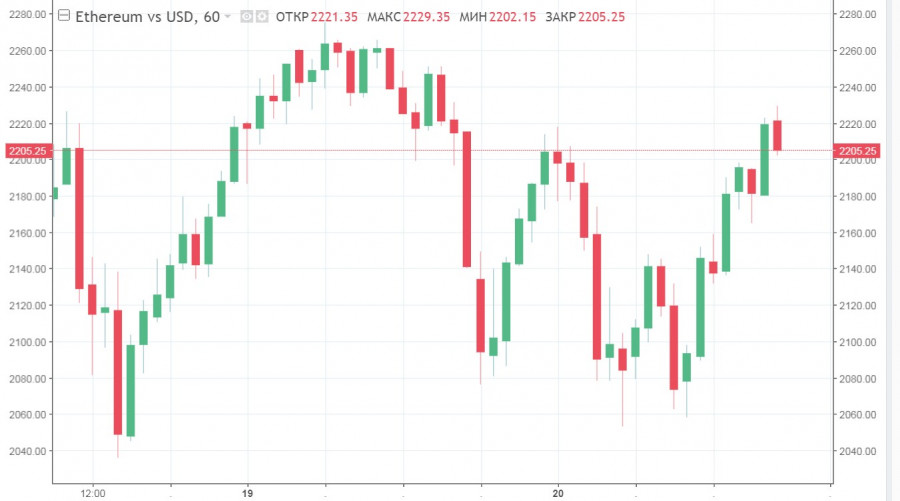 The XRP token continues to fall, which also set a two-year high and almost reached the $ 2 milestone. As of 16:00, the asset is quoted at $ 1.35, and over the course of the day, the cryptocurrency has fallen in price by 2%. Ripple has stopped at a safe frontier where the token has a lot of market support. This is evidenced by the volume of daily trading that jumped to $ 15.7 billion. In the near future, the asset has no obvious prerequisites for a new growth cycle, and its performance will entirely depend on the general market sentiment and the interest of institutions. New information about the dispute between the SEC and Ripple may bring some clarity to the future of the coin, but until then the asset will not grow steadily in price. 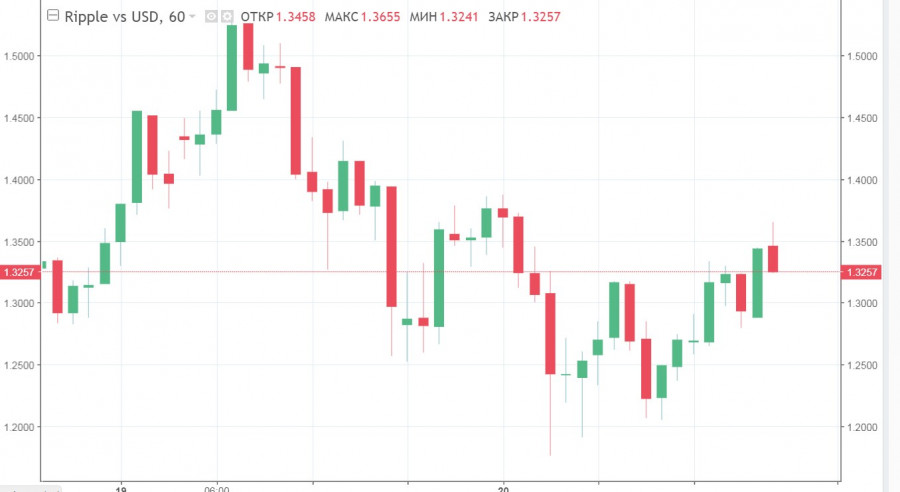 The Dogecoin cryptocurrency is an obvious opponent of any market rules, which, thanks to the patronage of Elon Musk, has risen in price by 450% in 7 days. Now the asset is quoted at $ 0.383 and has risen in price by 1.6% over the course of the day. The cryptocurrency broke into the top 5 in terms of capitalization, and the volume of daily trading is a whopping $ 26.5 billion. Doge’s total capitalization has reached $ 50 billion, and the coin continues to expand its applications, which also positively affects the quotes. 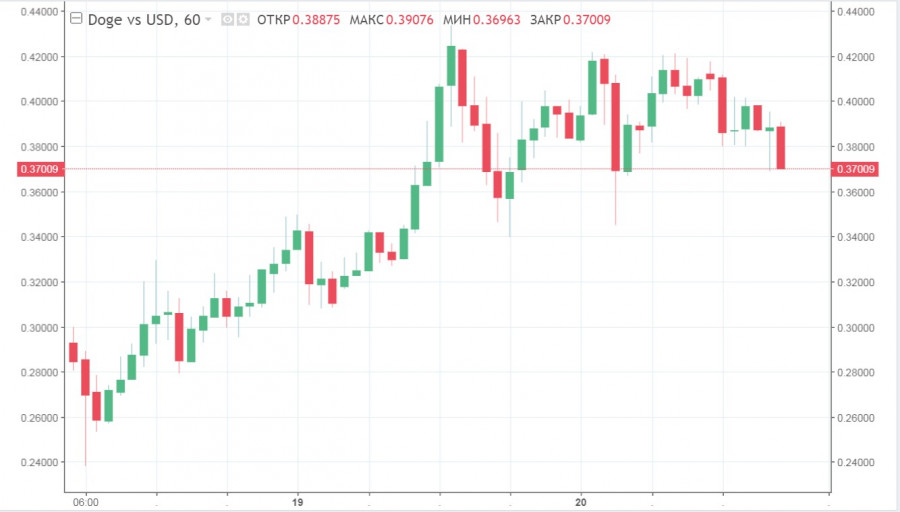 Things are much worse for Litecoin, which has fallen in price by 1% and remains at $ 262. Altcoin is at a safe level and will be ready to continue its growth when the market gets the necessary momentum. Despite the regression of Cardano (-0.6%) and Polkadot (-3%), assets continue to maintain strong positions in terms of daily trading volumes due to a clear dominance among staking-enabled blockchains. Among the closest pursuers of altcoins, ETH 2.0 and Solana can be distinguished, which are just starting to gain momentum. More than 60% of ADA and DOT coins are staked and bring their holders an income of around 7% per year. 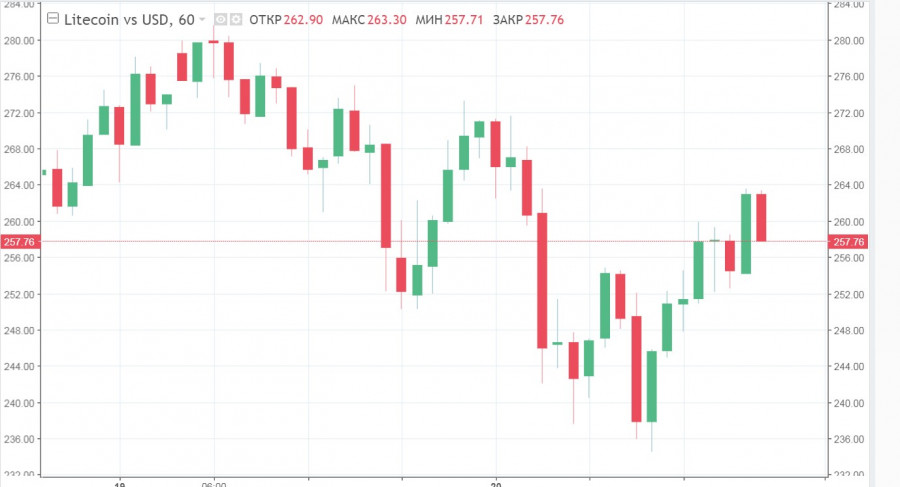 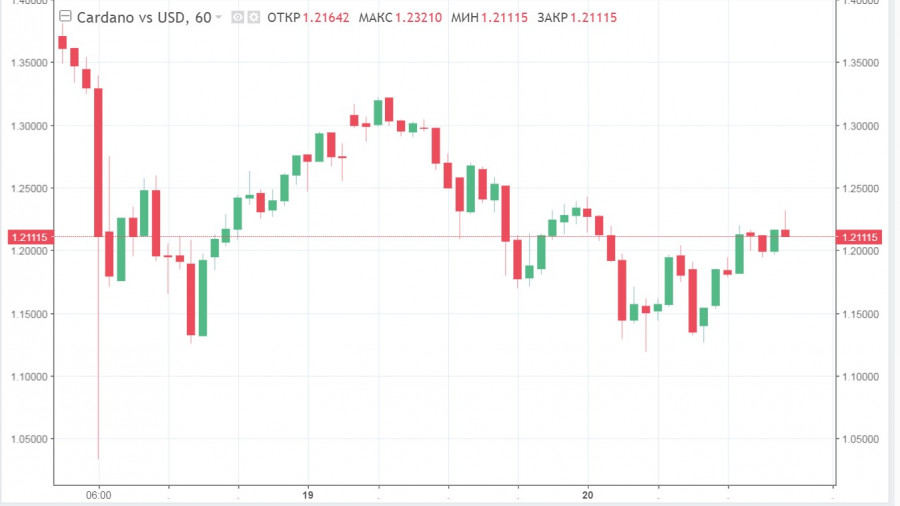 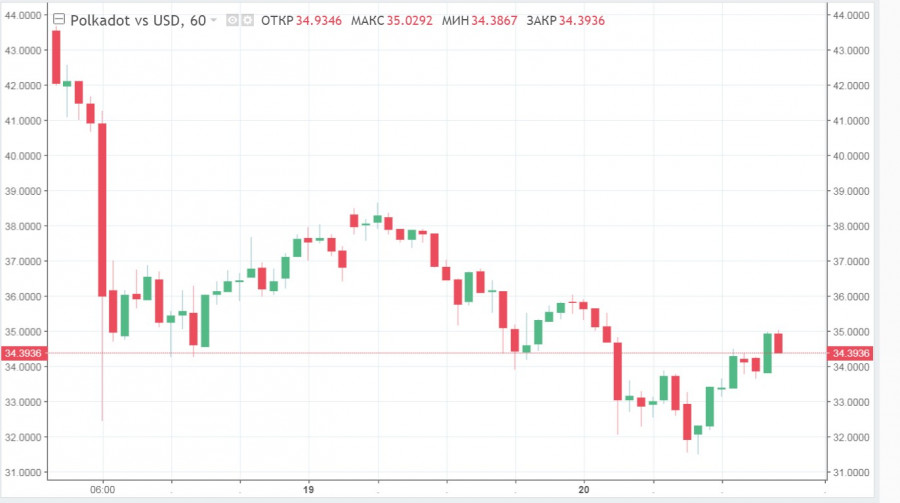 Despite the fact that the market has been swept by a wave of correction, most cryptocurrencies are showing local successes, which will help further growth if the situation stabilizes. The news background also takes on a positive color after the announcement from the Venmo payment service, which added the ability to carry out operations with cryptocurrencies for 70 million users. In addition, the NASDAQ platform announced that it will launch trading in Coinbase stock options today, April 20. In the longer term, these announcements will be an impetus for the growth of cryptocurrencies, which are now in safe positions, from which they will start systematic growth after the end of the correction.