The cryptocurrency market is practically recovering from the sharp decline that occurred last week, but is in no hurry to set new records. The total cryptocurrency market capitalization over the past day has increased by 2.5% and reached $ 2.180 trillion. Most of the major coins have managed to get close to important indicators over the past few days and are confidently holding the levels. However, some altcoins continue to fluctuate within safe positions.

Ethereum does not belong to such cryptocurrencies, but, on the contrary, continues to push the market towards growth. Over the past 24 hours, the asset’s indicators have increased by 3% and reached $ 2,762. At the same time, the volumes of daily trading practically did not change since yesterday. Judging by the charts, the cryptocurrency is showing an abrupt growth, accompanied by a sharp surge in activity. The main reason for the positive and active growth of ETH / USD quotes was the news of the sale of bonds on the Ethereum blockchain worth more than $ 100 million. In addition, the instability of bitcoin and a sharp drop in fees in the altcoin network allowed the cryptocurrency to significantly increase the audience of institutions. At the same time, the dynamics of growth of quotations of the asset dropped significantly in comparison with the previous two days. This is due to the gradual approach to the difficult psychological mark of $ 2800. To break this milestone, Ethereum will need a stronger news boost or a surge in interest from large companies. 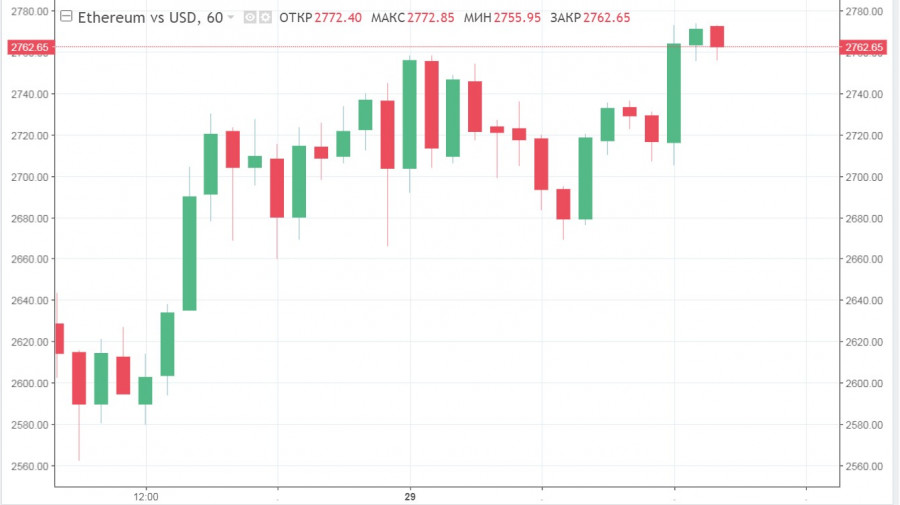 The Ripple token has also returned to growth, which occurs in the safe range of $ 1.35 -1.45. Despite the fact that over the past day the asset has risen in price by 2.5%, daily trading volumes remain at an extremely low level, which indicates the end of the winning back of news about the local victory of Ripple over the SEC. Most likely, the cryptocurrency performance will continue to fluctuate in the designated areas and will not be able to continue to grow without significant market support or news impulse. A possible impetus for growth will be confirmation of the rumor, which was launched by the CEO of the Japanese giant SBI Group. According to the general, Ripple will go public after a dispute with the SEC. 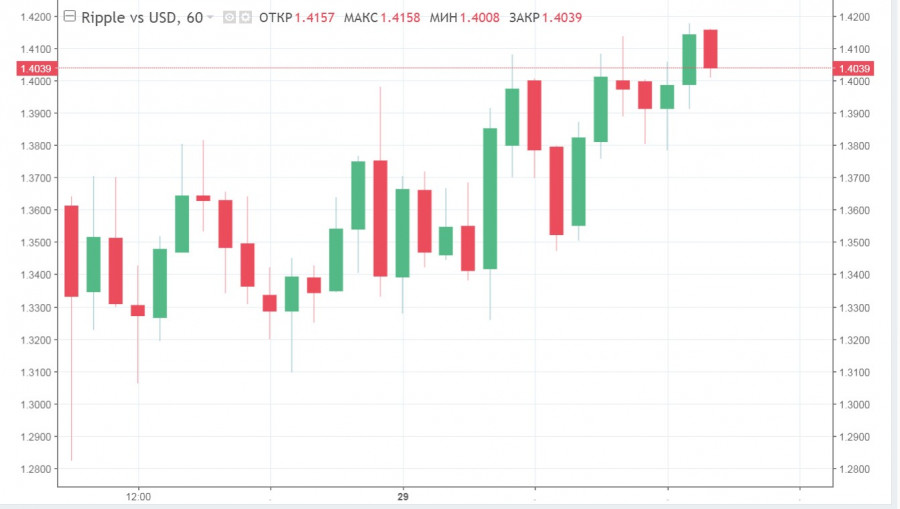 The altcoin Cardano showed a good growth, which in 24 hours rose in price by 6.5%, reaching $ 1.38. However, given the growing interest in Ether, ADA intraday trading volumes remain low. A similar situation is with Litecoin, which continues to fluctuate within safe positions of $ 250 – $ 260. It is likely that in the near future the asset will try to overcome the difficult boundary, however, given the low activity in the cryptocurrency network, it is not worth hoping for overcoming the psychological mark. 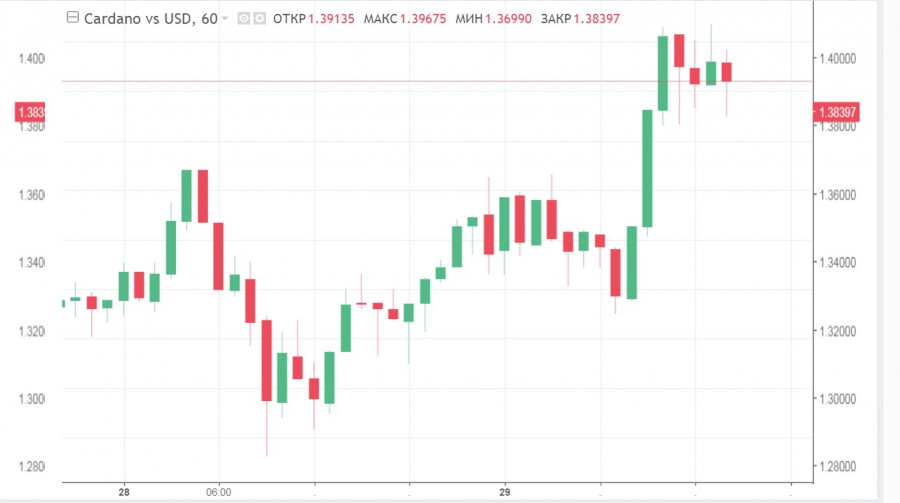 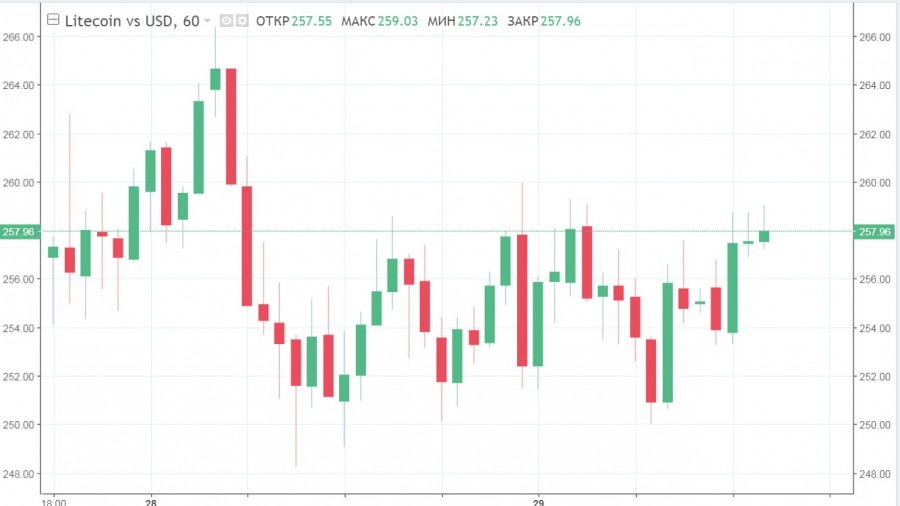 Despite the fact that the main cryptocurrencies continue to fluctuate, the news background is becoming more favorable. For example, German investment funds were allowed to invest up to 20% of their investment portfolio in cryptocurrencies. In addition, it became known that the Alchemy blockchain platform attracted about $ 80 million in investments. The CEO of payment giant Visa expressed his hope for cryptocurrencies, and also announced the company’s broad opportunities in this growing area. The announcement from the American regulator, which expectedly extended the consideration of VanEck’s application for the launch of bitcoin-EFT until June 2021, slightly diluted the positive. Given the current news background, as well as the active use of cryptocurrencies in payment services around the world, we can expect the start of growth in the indicators of the entire market. However, the dynamics of changes in asset prices suggests that in the next few days, coins will continue to fluctuate near important psychological positions.