Over the past week, the cryptocurrency market indicators have finally stabilized. Over the past day, the total capitalization of all crypto assets increased by 2% again and almost reached $ 2.2 trillion. Much of the credit for the current cycle of market growth belongs to altcoins, which have managed to break the bearish trend.

The main character, in addition to the renewed historical maximum of ETH, was the XRP / USD pair. Over the past day, the asset has risen in price by 10.5%, again exceeding the $ 1.55 mark. The growth of the Ripple token for the whole week was 32%. This is primarily due to the company’s next local victory over the SEC, which was a positive signal for market participants. However, the cryptocurrency does not show consistently large volumes of daily trading and grows in leaps and bounds. This is evidenced by the average trading indicator for 24 hours, which is only $ 9.2 billion. A new reason for the growth of the XRP / USD pair was the company’s announcement of its plans to become a public company. However, this will only happen if you win the trial. 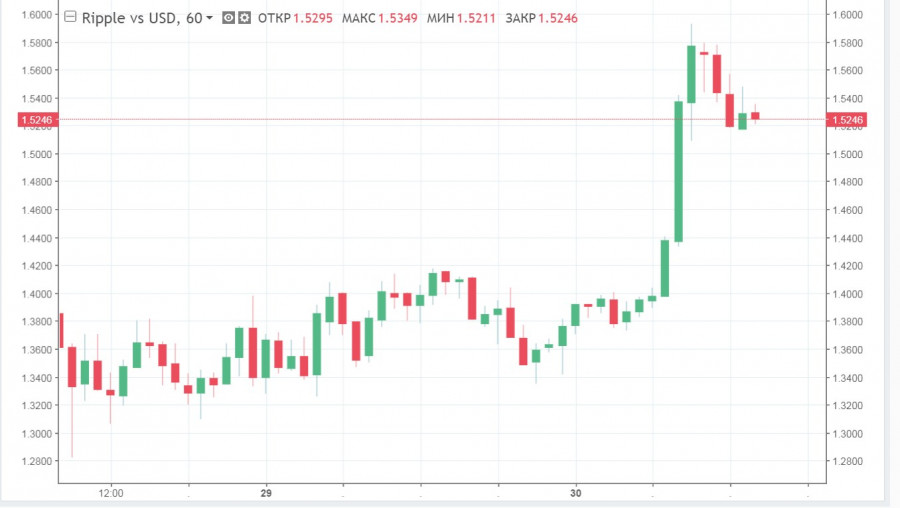 The current growth cycles of the token, tied to the small victories of Ripple over the SEC, testify to the strong position of XRP. Winning the litigation will greatly strengthen the position of the cryptocurrency, as well as restore the company’s reputation. The asset will become more predictable for large market players, which will be the reason for the constant growth of the audience, including the institutional one. Such a scenario is quite obvious, given the similar dynamics of the market behavior after the first victories of Ripple.

BTC positions remain at the usual levels of $ 53- $ 55 thousand. The cryptocurrency is not able to break through an important milestone and gain a foothold above $ 58 thousand. As of 14:00, bitcoin practically did not change in price, which provoked the absence of any dynamics of changes in the volume of daily trading. Despite this, according to the estimates of many crypto-exchanges, now there is a purchase of assets by large companies that entered the market at a local March minimum of $ 46 thousand.

Also read  New Bitcoin crash! Microstrategy, how are you? 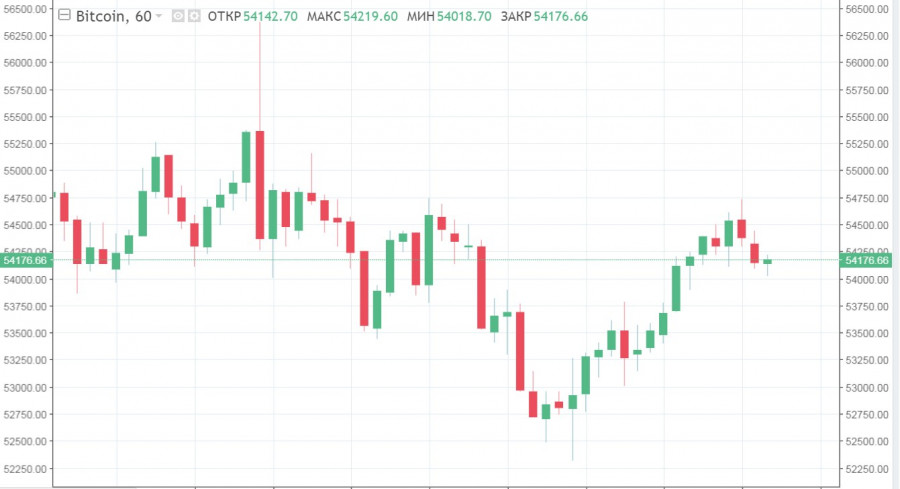 A certain positive is shown by the indicators of Litecoin, which have broken through the difficult mark of $ 260 and have risen in price by 2% over the course of the day. Considering the general market sentiment and the coming weekend, we can expect that the asset will be able to get close to the $ 280 -285 mark. However, the market has enough reasons for concern, because it became known that the use of digital coins was fully banned in Turkey. At the same time, the Coinbase crypto exchange announced the possibility of buying cryptocurrencies through the PayPal payment system, which had a very positive effect on the quotes of LTC, XRP and ETH. 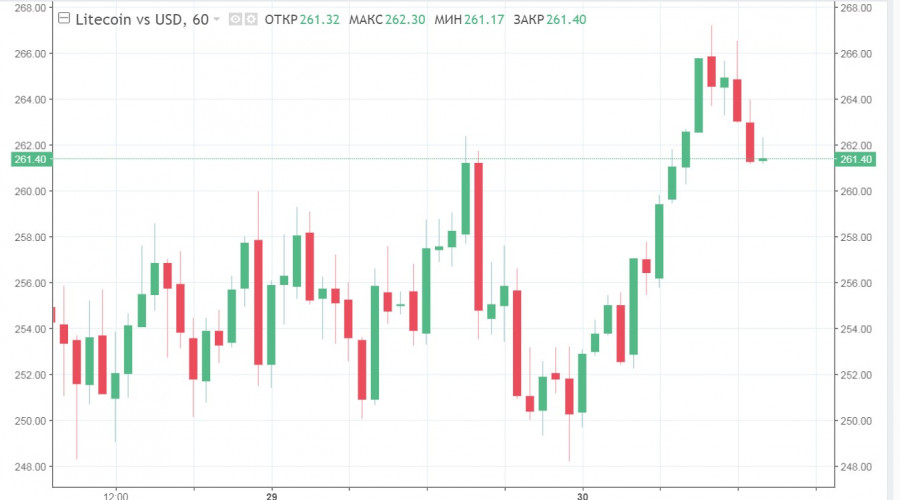 Given the current market sentiment, as well as the imminent decrease in pressure on cryptocurrency from classic platforms, we should expect continued unhurried growth. Crypto-assets have managed to overcome difficult psychological boundaries or have come close to them. This indicates the imminent beginning of a full-fledged growth cycle, where the main altcoins will be able to approach historical marks, and some of them even rewrite existing records.