The cryptocurrency market finished last week on a minor note due to a sharp drop in bitcoin quotes. Major crypto assets also began to lose ground, causing traders around the world to lose more than $ 9 billion. However, over the weekend, after easing the market pressure, altcoins began to recover their positions, and, as a result, over the past day, the cryptocurrency market capitalization increased by 8.8%, reaching $ 2.065 trillion.

Ethereum played a decisive role in confirming the positive attitude of digital coins. After short fluctuations on Saturday, the asset found the necessary stability and began to rise in price. In the last 24 hours alone, ether has risen in price by 9.3%, and the volume of daily trading begins to creep up and, as of 15:00 on April 26, amounted to $ 42 billion. The indicators of the ETH / USD pair are quoted at $ 2490 and show excellent price growth dynamics. First of all, this is due to the consequences of the Berlin update, which improved the Gas transaction fee algorithm.

Also read  What will happen to cryptocurrency next? 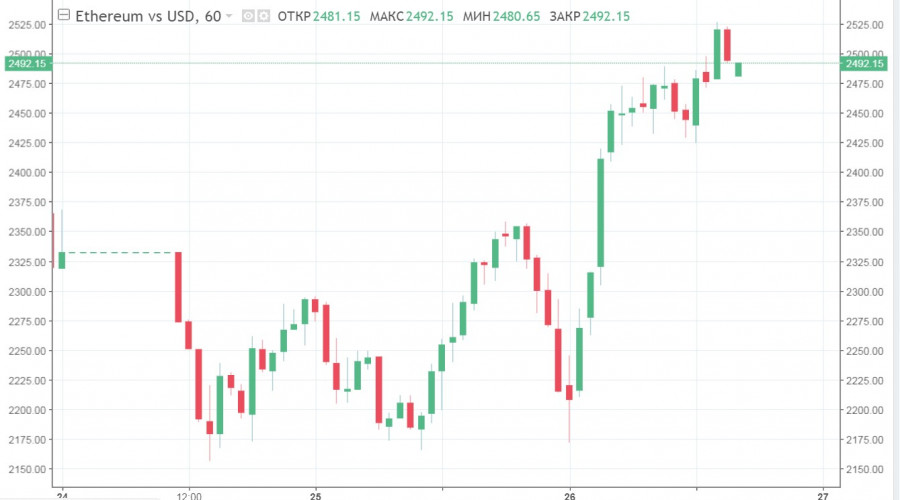 According to the analytical center Etherscan, the average commission on the ether network has decreased by 80% and is $ 2.2. This became a trigger for attracting new customers and very conveniently coincided with Bitcoin’s failures. The main cryptocurrency sank 11% and provoked a collapse of the entire market, including ether. However, taking into account many factors, most of the Bitcoin audience has moved to the main altcoin network. Given the clear technical advantage of ETH, which has been compounded by hashrate and commission issues on the Bitcoin network, this looks quite obvious. Thanks to the updated algorithms, Gas ETH was able to grow its audience of institutional and retail traders. The latter entered the market during the weekend when major markets were closed and commissions began to decline. Major companies began to show increased interest in the air as early as Friday, when the benefits of the recent update became apparent. The decisive factor for institutions was the collapse of ETH quotes against the background of BTC problems, which made it possible to enter the asset in very favorable positions.

Also read  Eddie Yoon: why I pay my seventh-grader son with bitcoins

XRP and LTC are recovering their positions, which are less susceptible to negative news, but do not have such powerful growth catalysts as ether. At the same time, the Ripple token has risen in price by 16.5%, having managed to gain a foothold at the safe level of $ 1.1, where a lot of market support is concentrated. Thanks to this, the asset was able to push off and make a powerful leap, reaching $ 1.25. 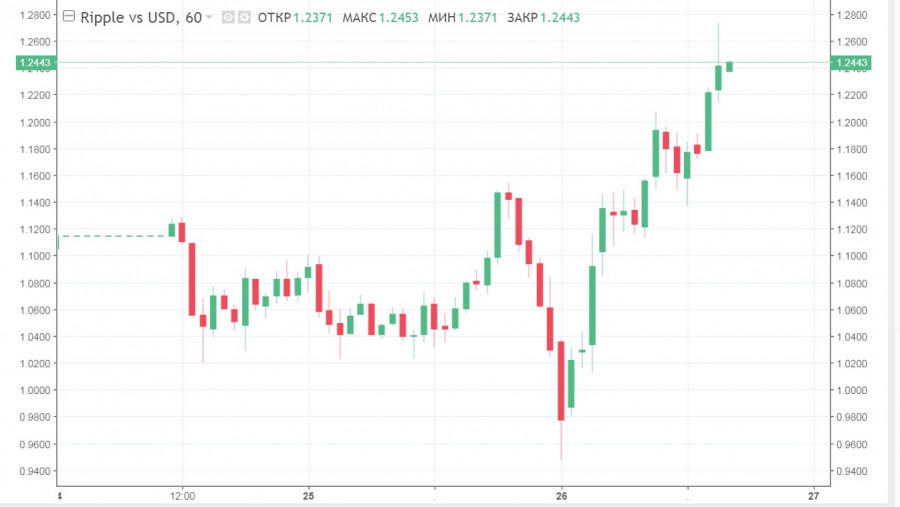 Litecoin gained 6.2%, following the impetus of other altcoins. The asset has strong support at $ 230-235. Some positive news was brought about by the news that the Binance cryptocurrency exchange is preparing to launch trading in Microsoft, Apple and MSTR shares, fixed in tokens. However, the purchase of coins will be unavailable for residents of a number of countries where the regulation of cryptocurrencies has been tightened (China, USA) or they have been banned altogether (Turkey, India). At the same time, a positive environment has formed among altcoins, which will allow coins to move closer to historical marks. Here it is worth highlighting the ether, which will lead the entire market and can set the next maximum value. 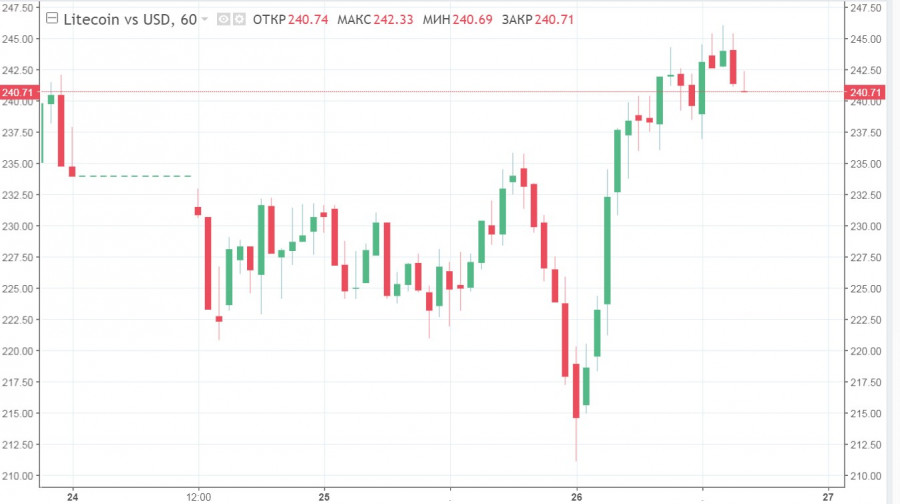